Kyrie Irving has gotten all the smoke, but why aren’t Jeff Bezos and Amazon being held accountable?

OPINION: The NBA player was suspended for sharing a video that is hosted on the Amazon platform. Why isn’t anyone calling out Bezos and his company? 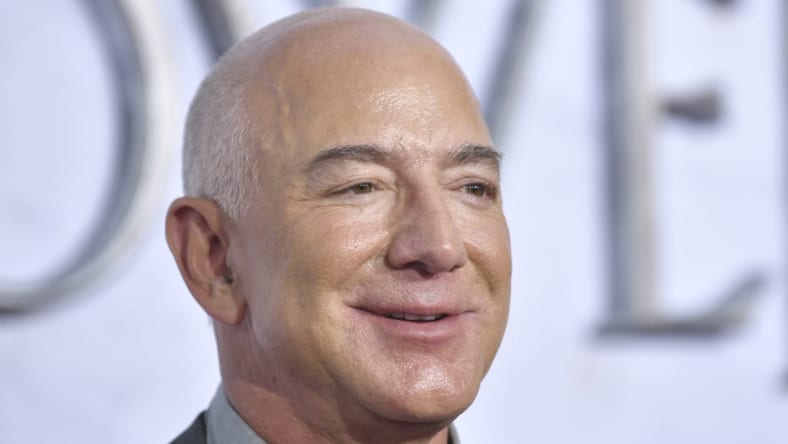 Jeff Bezos, executive chairman of Amazon attends the Los Angeles premiere of Amazon Prime Video's "The Lord of The Rings: The Rings of Power" at The Culver Studios on August 15, 2022 in Culver City, California. (Photo by Rodin Eckenroth/WireImage)

As of this writing, NBA star Kyrie Irving remains indefinitely suspended by the Brooklyn Nets — a sanction the team imposed on him after he posted a link to a film described as having antisemitic content to his personal Twitter account.

The film, “Hebrews to Negroes: Wake Up Black America,” was released in 2018 and is based on a book of the same name.

The film is hosted on the Amazon platform, and according to its synopsis on the Prime site, the film “uncovers the true identity of the Children of Israel by proving the true ethnicity of Abraham, Ishmael, Isaac, Jacob, the Sons of Ham, Shem & Japheth. Find out what Islam, Judaism and Christianity have covered up for centuries in regards to the true biblical identity of the so-called ‘Negro’ in this movie packed with tons of research.” 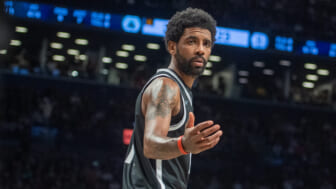 Also Read:
Kyrie Irving was wrong, but he doesn’t deserve to lose his career

In the wake of the tweet, Irving initially refused to apologize for posting the link, and it was not until the Nets suspended him a week later on Nov. 3 that he acquiesced and posted on Instagram, “To All Jewish families and Communities that are hurt and affected from my post, I am deeply sorry to have caused you pain, and I apologize.”

Irving also acknowledged that there were parts of the film he did not agree with, including “Some of the criticism of the Jewish faith and the community, for sure,” and “Some points made in there that were unfortunate.”

The apology and acknowledgment were not enough for the Nets, however. The organization stated the suspension on Irving would not be lifted “until he satisfies a series of objective remedial measures that address the harmful impact of his conduct.” The team also took issue with the fact that Irving wasn’t “specific” enough about what hateful material he objected to in the film.

To be clear, posting the link to the film was a bad move on Irving’s part. Whether or not he understood the full content and context of the film, it is always best to err on the side of caution when sharing material that may be considered xenophobic, racist or otherwise harmful to another group of marginalized people.

Everyone from the owner of the Nets to the NBA commissioner himself as well as the Anti-Defamation League has spoken out about the situation, condemning Irving’s actions and calling for reprisals.

One person, however, has been noticeably silent. That same person has also come out of this situation entirely unscathed, even though both the film and the book are hosted on his platform.

Jeff Bezos, I’m talking about you. 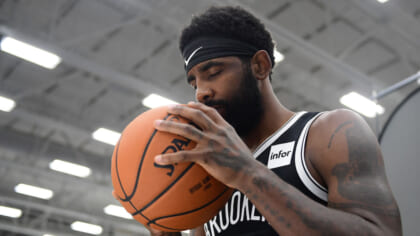 Also Read:
Kyrie Irving isn’t as smart as he thinks

Bezos was certainly full of opinions and hot air when Queen Elizabeth II died. The billionaire union-buster and bathroom monitor took time out of his busy schedule to “scold” a Black woman who dared to speak on the holocaust her own family suffered when the Igbo people of Nigeria tried to form the independent nation of Biafra and three million people were massacred as a result in a genocide that Carnegie Mellon professor Uju Anya expressed was directly supported and facilitated by Queen Elizabeth II and the British government.

When it was announced that the queen’s death was imminent, Anya said in a tweet that she hoped her pain would be “excruciating.” Bezos quoted the tweet and responded, “This is someone supposedly working to make the world better? I don’t think so. Wow.”

So why is Bezos so quiet now? And even more, why was he not called out in the immediate aftermath of Irving’s tweet the same way Irving was?

After all, Irving found the film on Amazon’s site. Amazon is hosting the material for all the world to see. If you are going to call out Irving for posting it, then we should also be calling out Amazon for hosting it. There should be accountability on all sides.

In this specific case, Kyrie Irving has been made the sacrificial lamb. He is the literal scapegoat for a film that he did not create and a book he did not write. Jeff Bezos is making money from both the film and the book, and no one is really talking about that.

Kyrie Irving bore the brunt of the criticism for the film for two entire weeks after his tweet, and he is still under suspension from the Nets.

Late last week, 200 entertainment industry figures including actresses Mila Kunis, Debra Messing, and Mayim Bialik as well as songwriter Diane Warren wrote an open letter addressed to both Bezos and Barnes & Noble CEO James Daunt, calling for them to remove both the book and the documentary from their platforms.

According to Deadline, the letter accuses the companies of refusing to remove the documentary and book and continuing to profit from their “bigotry.” Deadline also claims that sales of the book increased after Irving’s post.

Irving is already losing money, valuable playing time in the NBA and could potentially be facing his last season with the Nets. He is gaining nothing from the situation outside of notoriety.

Amazon and Barnes & Noble are making money off of this, yet they are facing no type of sanctions for that. The double standard is loud and white.

We live in a society that does its best to make an example out of Black people whenever possible, while white people are given pass after pass after pass. Enough is enough with that bull.

Kyrie Irving definitely should have apologized for posting the link, but it should have ended there. If you are not going to hold the hosts of the material accountable, how are you going to find multiple ways to punish the consumer for taking it in?

Making Irving lose money and playing time while Bezos and company get off scot-free is egregious in and of itself.

Let there be parity in your outrage. If you don’t have the same amount of smoke for Bezos as you do for Irving, then you are a hypocrite and a huge part of the problem.