Fans can see a virtual performance from a "hyper-realistic" avatar of the late rapper via Meta Horizon World with Meta Quest 2 and Meta Quest Pro starting Dec. 16.

Meta announced that a virtual concert from the late Notorious B.I.G., born Christopher Wallace, is coming to the metaverse. In partnership with the Wallace estate, “The Notorious B.I.G. Sky’s The Limit: A VR Concert Experience” will be available on Dec. 16.

“The Notorious B.I.G. Sky’s The Limit: A VR Concert Experience” is part of his estate’s year-long celebration of what would have been his 50th birthday. Viewers can see the VR experience with Meta Horizon Worlds and Meta Quest TV via Meta Quest 2 and Meta Quest Pro. Fans are also able to watch a 2D version on Meta’s Facebook page.

The experience will feature a “hyper-realistic” avatar of the late platinum-selling MC within “The Brook,” a virtual recreation of Brooklyn, New York, circa the 1990s. Fans can follow B.I.G. during a day in his life, following a narrative story written by author and theGrio writer-host, Touré.

The VR concert finds B.I.G.’s avatar performing some of his classic songs, while joined by avatars of Sean “Diddy” Combs, The Lox, Lil Cease, Latto, and Nardo Wick. DJ Clark Kent is also included, performing a special set. The experience is presented in collaboration with Willingie and Gunpowder & Sky. 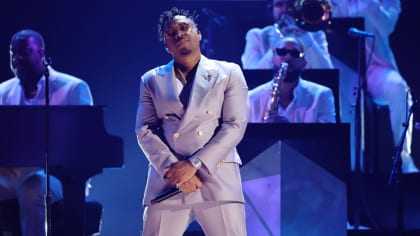 Also Read:
Is Nas relevant? An unnecessary discussion because why not?

“Biggie’s music has been streamed over 11 billion times worldwide and 6.5 billion in the U.S. alone, but because of his untimely death there just wasn’t enough content to support the overwhelming demand for his music,” says Elliot Osagie, founder of Willingie. “This is why I originated the idea and came up with the decision to create a digital avatar.”

B.I.G.’s mother, Voletta Wallace, spoke of the VR concert and how it helps her son’s legacy endure.

“Having the ability to create a variance of new opportunity to showcase my son Christopher’s music through the advancement of technology is hard for me to grasp at times, however, I’ve found so much excitement in the process of developing his avatar, understanding the value added for fans to experience him in ways unattainable till now.”

“The Notorious B.I.G. Sky’s The Limit: A VR Concert Experience” is the culmination of several events celebrating B.I.G.’s birthday in 2022. These include the release of a super deluxe box set release of his sophomore album, “Life After Death,” and a pop-up store and lighting ceremony at the Empire State Building.