The longtime "Today" weatherman and anchor revealed that he's been hospitalized and is now "on the way to recovery."

Al Roker posted an update about his whereabouts following his absence from “Today.” The popular weatherman and anchor was hospitalized after suffering from blood clots.

Roker addressed the details of his absence and his treatment on Instagram. The post featured a bouquet of flowers in a glass vase behind an NBC News Weather Report mug.

“So many of you have been thoughtfully asking where I’ve been,” Roker wrote. “Last week I was admitted to the hospital with a blood clot in my leg which sent some clots into my lungs.”

Roker went on to describe his hospital stay and to thank well-wishers. “After some medical whack-a-mole, I am so fortunate to be getting terrific medical care and on the way to recovery,” he continued. “Thanks for all the well wishes and prayers and hope to see you soon.”

Dylan Dreyer has been filling in for her colleague during his absence, according to People. Roker was also absent from “Today” last September after testing positive for COVID-19. 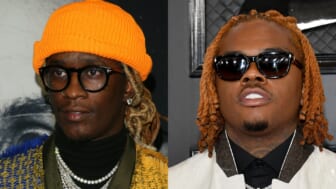 Also Read:
YSL trial, set to feature over 300 witnesses, will begin in January

“Today” anchor Savannah Guthrie said she and fellow anchors Carson Daly, Hoda Kotb and Craig Melvin have all contacted Roker during his hospital stay, indicating that he is doing fine. “He’s in good spirits, we’ve all talked to him,” said Guthrie. “It’s hard to slow down Al but he’s on the mend and he’s on the way to recovery.”

Roker has been appearing on “Today” since 1990. He often filled in for the late Willard Scott as a substitute weather reporter until becoming the full-time weather anchor in 1996.