The highly anticipated awards ceremony will air on Nov. 26 on CBS and Nov. 27 on theGrio Cable Network.

From its thrilling musical performances to its powerful inspirational speeches from some of the brightest stars in Hollywood, “Byron Allen Presents theGrio Awards” is truly a must-see televised event. Before you tune in, we’ve broken down five of the biggest reasons to watch the star-studded show.

Two words: Patti LaBelle. That’s right, the “Godmother of Soul” was the centerpiece of the night, earning the Music Icon Award. The Grammy Award winner delivered a powerful speech and performed, but not before stars like Fantasia and Yolanda Adams showered her with love.

Throughout the night, both singers paid tribute to LaBelle through song. Kicking off the ceremony, Fantasia delivered a rousing performance of “Lady Marmalade” — LaBelle’s hit with the eponymous group that she fronted — that got the entire audience on its feet. Over the course of the show, Adams sang LaBelle hits, including “If You Asked Me To.”

Each honoree delivered a must-see speech, often bringing the audience to its feet. Filled with stories of their trials and tribulations, their dedication to their respective crafts and the honor they felt to be surrounded and celebrated by their peers in one room, the speeches will leave you feeling inspired and ready to take on your own hurdles. 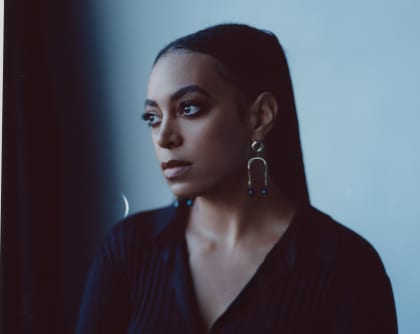 Patti LaBelle, one of the biggest honorees of the night, closed the show with an epic rendition of Karyn White’s “Superwoman” with a little help from her friends. Fantasia, Hudson, Adams and Queen Latifah joined LaBelle to belt out the song. It was a truly historic moment you won’t want to miss.

Watch “Byron Allen Presents theGrio Awards” at 8 p.m. on Nov. 26 on CBS and on Nov. 27 on theGrio Cable Network. Check your local listings.