Bolden said her career in law was inspired by the story of her great-grandfather, whose death was deemed accidental after his lynching.

Michigan State Rep. Kyra Harris Bolden will begin serving on the state’s Supreme Court at the start of 2023, making her the first Black woman in history to do so.

According to the Detroit Free Press, Gov. Gretchen Whitmer shared on Tuesday that she would appoint Bolden, 34, to succeed Justice Bridget McCormack. McCormack, who is chief justice, will retire at the end of the current term to become CEO of the American Arbitration Association-International Centre for Dispute Resolution in New York. Justice Elizabeth Clement was named to the chief position.

McCormack celebrated Bolden’s appointment via Twitter, posting, “I am so proud of you, Kyra, and thrilled for Michigan. As ⁦@GovWhitmer⁩ said, it’s about damn time.”

During an event on Tuesday, Whitmer said the experiences and viewpoint of a Black woman have long been lacking on the state’s highest court, the Free Press reported.

“To the countless Black women upon whose shoulders I stand, who, like my own mother and grandmother, instill in our community the core responsibilities of honesty, empathy and justice, I promise that I will honor our experience from this new vantage point,” Bolden said, according to the Free Press.

Bolden, a lawyer, was elected in 2018 to the Michigan House of Representatives.

Democrats in Michigan nominated Bolden to run in this month’s election for one of the two available seats on the state Supreme Court. She finished third in the vote count, behind Republican nominee Justice Brian Zahra and incumbent Justice Richard Bernstein, nominated by Democrats.

Justice ⁦@KHBforjustice⁩, pocket friends. I am so proud of you, Kyra, and thrilled for Michigan. As ⁦@GovWhitmer⁩ said, it’s about damn time. pic.twitter.com/X9vXfVUI8W 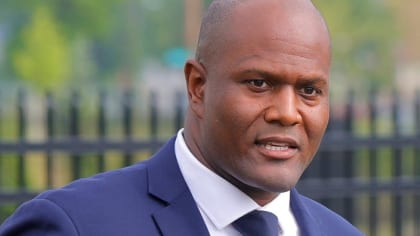 Bolden previously told the Free Press one of the most significant points in her decision to pursue a career in law occurred while she was an undergraduate at Michigan’s Grand Valley State University. It was during that time she learned her great-grandfather was lynched in Tennessee in the 1930s.

The official cause of death for Jesse Lee Bond was “an accidental drowning,” which served as the title of a film depicting the lynching and lack of justice received. Bolden said that reading the account inspired her to enroll in law school and eventually serve as a lobbyist to help develop criminal justice legislation.

John Johnson Jr., executive director of the Michigan Department of Civil Rights, welcomed Bolden’s appointment as a pivotal moment in the state’s history and said tales like those about her grandfather would aid her success.

“Her trial experience as a criminal defense attorney, her leadership on important public policy and her dedication to justice — the legacy of her own great-grandfather’s lynching — will inform her decisions and bring the court closer to the goal of achieving equal justice for all,” Johnson said in a statement, the Free Press reported. 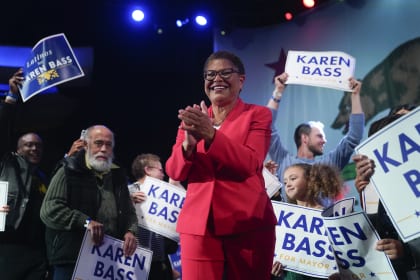 Bolden will need to run for election in November 2024 to finish McCormack’s remaining term and once more in the general election of 2028 if she wishes to serve a full eight years after that.

According to The Detroit News, since justices can run for reelection until they turn 70, Bolden, who will be the court’s youngest member, could retain the position for more than 30 years.

“I am incredibly honored to be chosen by Gov. Whitmer for this appointment to the Michigan Supreme Court,” Bolden said, the Detroit News reported. “I will ensure equal access to justice, apply the law without fear or favor and treat all who come before our state’s highest court with dignity and respect.”