Perry is set to write, direct and produce some brand-new films under the deal, according to a press release.

Amazon is getting the Tyler Perry treatment! That’s right: The multi-talented Hollywood mogul has officially signed a four-picture film deal with Amazon Studios.

Fresh off “A Jazzman’s Blues,” Perry’s successful feature on Netflix, the creative king is showing no signs of stopping any time soon. Per a press release obtained by theGrio, he is set to write, direct and produce four films under his new deal with Amazon Studios, which has a global audience of more than 240 countries and territories.

“I’m excited and grateful to start working with Amazon Studios to bring movies to Prime Video,” Perry said of the opportunity.

“Jennifer Salke and the entire team have welcomed me with open arms,” he said, “and I’m looking forward to continuing telling unique stories and bringing my next projects” to their global audience.

Salke, the head of Amazon Studios, also expressed the elation shared by her and the company, calling Perry “one of the most prolific creators of our time.”

She said that the man behind all things “Madea” onscreen, “is a true multihyphenate who has defined his own incredible brand of storytelling and inspired people all over the world with his series and films.” 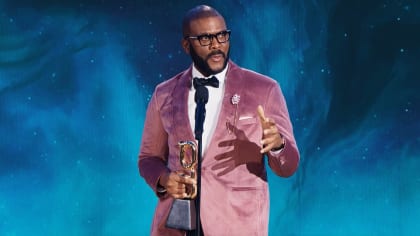 “We are excited to collaborate with Tyler and his teams,” she continued, “to bring even more of his fantastic signature films to our global audiences.”

The news of Perry’s deal with Amazon Studios comes fresh off his recent appearance at theGrio Awards, where he was honored with the Icon Award. During an interview at the ceremony, Perry teased one of his new projects to us, which he describes as a sort of tribute to Black women.

“I am working on a movie right now,” he explained. “I went and visited a few women who have an incredible story. They’re all over 100 years old. And the stories they told me were just fascinating. I can’t wait to tell the story.”