A divided Congress will likely halt Biden’s Black agenda for the next two years.

Since taking office on Jan. 20, 2021, President Joe Biden has delivered on several campaign promises to Black voters, including appointing the first Black woman justice to the Supreme Court, canceling student debt, and pardoning marijuana convictions as part of his broader promise to decriminalize cannabis.

He also made a significant number of Black appointments to his presidential cabinet and throughout his administration.

However, Biden was unsuccessful at getting his party in Congress to go further on other key Black agenda items, like passing federal voting rights protections and police reform, even as states across the country continue to restrict voting and police continue to kill Black Americans at a disproportionate rate.

The president did sign executive orders on voting rights and policing in absence of congressional action, but they do not go as far as the Freedom to Vote: John R. Lewis Act or the George Floyd Justice in Policing Act that Biden urged Congress to pass.

Senator Raphael Warnock’s crucial reelection in Georgia on Tuesday night gave the Biden White House and Democrats a boost of enthusiasm; however, despite expanding their majority in the Senate, Democrats will now be the minority in the U.S. House of Representatives, bringing an end to the party’s full control of Congress beginning Jan. 3, 2023. A divided Congress will likely halt Biden’s Black agenda for the next two years.

“Voting rights, police reform, all of the issues that are important to our communities, has been passed by the House,” noted U.S. Congresswoman Stacey Plaskett, a delegate for the U.S. Virgin Islands, in an interview with theGrio. “We’ve not been able to get the sufficient number of senators.”

In the U.S. Senate, Democrats’ small 50-50 majority, plus a tie-breaking vote by Vice President Kamala Harris, was not enough to reach the needed 60 votes to overcome the Senate filibuster used by Republicans to tank voting rights and policing legislation, among others. 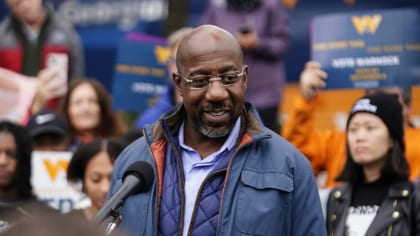 U.S. Rep. Mondaire Jones (D-N.Y.) told theGrio, “It is frustrating that the George Floyd Justice In Policing Act didn’t get 10 Republican senators so that we can overcome the filibuster. And it’s infuriating that we couldn’t get 10 Republican senators to join the effort to pass voting rights legislation that I co-authored, which was filibustered in January of this year.”

He added, “In a divided Congress, I do not anticipate fundamental rights legislation being passed.”

When asked how a divided 118th Congress will impact President Biden’s agenda to deliver for Black communities, White House senior adviser for public engagement and former Atlanta mayor Keisha Lance Bottoms, told theGrio that he would “continue to lean into” the issues important to Black Americans.

“His push to do that will not end. But to the extent that he can’t get it done in a bipartisan manner, he’s still going to do everything that he needs to do to make sure that people have what they need,” said Bottoms. “And in the African-American community, we know that the needs are plentiful.”

She emphasized that Biden was able to deliver on marijuana pardons and student debt cancellation, and that “he has a whole list of things that we know are particularly impactful in communities of color — and he’ll continue to push to get those things done.”

The Biden-Harris administration has also centered Black and other marginalized communities in its policy framework through its Justice40 initiative, which ensures that at least 40% of the federal investments from certain legislation — including the $1 trillion Infrastructure Investment and Jobs Act and $738 billion Inflation Reduction Act — is directly invested in communities of color and disadvantaged areas. 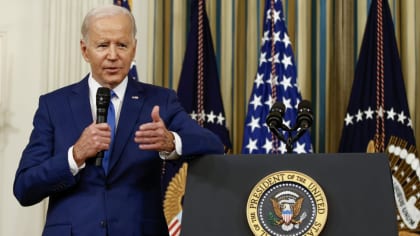 Despite the blow to the Black agenda by a divided Congress, Democrats and advocates say Senate Democrats can still achieve another important part of Biden’s agenda — to send more liberal judges to the federal courts. What’s more, if a Supreme Court seat becomes vacant during the remainder of Biden’s presidency, he will have enough votes in the upper chamber to confirm them.

“Joe Biden is going to have the opportunity to appoint judges that will rule favorably on issues of human and civil rights [and] issues of health care expansion,” said Svante Myrick, executive director at People For the American Way.

Myrick pointed to the current legal battle over Biden’s student debt relief program — which is now headed to the Supreme Court — as proof positive that who’s confirmed to the judiciary is critically important to execute the party’s agenda.

He added, “but not just the Supreme Court … judges all the way up and down the system from Circuit Court to appeals courts … being able to have two more years worth of appointments is going to make a big and positive difference in the lives of Black Americans.”

Senator Warnock’s defeat of Herschel Walker will give Democrats 51 seats in the Senate next month, which will allow Democrats to overcome Republican posturing and confirm President Biden’s judicial appointments more quickly.

Also on Tuesday, Majority Leader Chuck Schumer on the Senate floor noted that 51% of Biden’s confirmed judicial nominees have been women of color. And once nominees Tamika Montgomery-Reeves and Dana Douglas are confirmed, which is expected to happen Wednesday, the Senate will have confirmed a historic 11 Black women to the appellate court — the most under any U.S. presidency.

While a divided Congress and the inevitable stall on legislation will almost certainly frustrate millions of Black voters who showed up in droves to elect Democrats in the 2020 and 2022 election cycles, democratic strategist Dr. Avis Jones-DeWeever told theGrio she thinks it will only motivate Black voters to continue hitting the pavements in 2024.

“When people are able to see more clearly the agenda of [Republicans] who are now in charge of the House … it’ll be very, very stark and clear to people what they are voting against and what they need in order to push through their policy priorities,” said Jones-DeWeever.

“Though it might be a delayed benefit, at the end of the day, once all the stakes are on the table in 2024, it’ll be much more clear to people what is necessary in order to get their agenda across the finish line.”

In the meantime, Congresswoman Plaskett held out some hope that there is still some strategy to be played in the U.S. House in the next Congress.

Plaskett noted that 51 Senators would allow Democrats to more easily change filibuster rules and work around the needed 10 Republicans to reach a 60 threshold to pass most legislation. However, she admits, “I don’t know how many Republicans [in the House] we can bring over to support voting rights” and other important legislation that stands to benefit Black Americans.

Still, Congresswoman Plaskett urged Black Americans to continue applying pressure on vulnerable Republicans. She explained: “Black Americans should begin to really look at a list of three or four or five Republicans … who have large Black demographics in their district, to put the pressure on them to come over to our side and vote for the Voting Rights Act legislation, the John Lewis Voting Rights Act, and others, so that they can go to the Senate where that filibuster will be broken.”