Interracial marriages to get added protection under new law

The Respect for Marriage Act would ensure that not only same-sex marriages, but also interracial marriages, are enshrined in federal law.

RICHMOND, Va. (AP) — One day in the 1970s, Paul Fleisher and his wife were walking through a department store parking lot when they noticed a group of people looking at them. Fleisher, who is white, and his wife, who is Black, were used to “the look.” But this time it was more intense.

That fraught moment occurred even though any legal uncertainty about the validity of interracial marriage had ended a decade earlier — in 1967, when the U.S. Supreme Court struck down state laws banning marriages between people of different races.

In the more than half-century since, interracial marriage has become more common and far more accepted. So Fleisher was surprised that Congress felt the need to include an additional protection in the Respect for Marriage Act, which goes to the House for a final vote expected this week. It would ensure that not only same-sex marriages, but also interracial marriages, are enshrined in federal law.

The 74-year-old Fleisher, a retired teacher and children’s book author, attended segregated public schools in the 1950s in the then-Jim Crow South, and later saw what he called “token desegregation” in high school, when four Black students were in his senior class of about 400 students.

He and his wife, Debra Sims Fleisher, 73, live outside Richmond, about 50 miles from Caroline County, where Mildred Jeter, a Black woman, and Richard Loving, a white man, were arrested and charged in 1958 with marrying out of state and returning to Virginia, where interracial marriage was illegal. Their challenge to the law led to Loving v. Virginia, the landmark ruling that ended bans against interracial marriages. 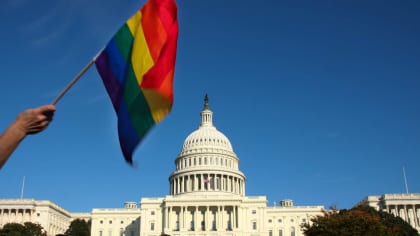 Also Read:
U.S. Senate passes the Respect for Marriage Act. What is it, and what does it do?

The Respect for Marriage Act, which passed the Senate l ast week, has been picking up steam since June, when the Supreme Court overturned the federal right to an abortion. The ruling included a concurring opinion from Justice Clarence Thomas that suggested the high court should review other precedent-setting rulings, including the 2015 decision legalizing same-sex marriage.

While much of the attention has been focused on protections for same-sex marriages, interracial couples say they are glad Congress also included protections for their marriages, even though their right to marry was well-established decades ago.

“It’s a little unnerving that these things where we made such obvious progress are now being challenged or that we feel we have to really beef up the bulwark to keep them in place,” said Ana Edwards, a historian who lives in Richmond.

Edwards, 62, who is Black, and her husband, Phil Wilayto, 73, who is white, have been married since 2006. Both have been community activists for years and said they didn’t consider interracial marriage a potentially vulnerable institution until the Supreme Court overturned the 1973 Roe v. Wade ruling legalizing abortion.

“That reminds all of us that whatever rights we have in this society are conditional — they can be taken away,” said Wilayto. ”The fact that Congress had to take up this issue in 2022 should be a stark reminder of that fact for us.”

For younger interracial couples, the thought that their right to marry could ever be threatened is a foreign concept.

“We never in our wildest dreams thought we would need to be protected as an interracial couple,” said Derek Mize, a 42-year-old white attorney who lives in an Atlanta suburb with his husband, Jonathan Gregg, 41, who is Black, and their two children.

As a same-sex couple, they were at the forefront of the long struggle for acceptance and felt the elation that followed the 2015 Supreme Court decision legalizing same-sex marriage across the country. 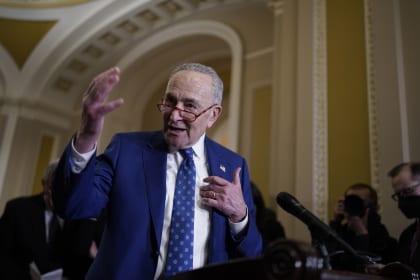 Still, they see the need for new protections for interracial marriages as well.

Mize said he remembers studying Loving v. Virginia in law school and thought then that it was “ridiculous” that there had to be litigation over marriages between people of different races. But after he read the Supreme Court’s ruling overturning Roe v. Wade, he said: “Who knows where it will stop?”

Gregg, a management consultant, said he sees the Respect for Marriage Act as “an added level of safety” for same-sex and interracial marriages — a federal law and Supreme Court rulings supporting their right to marry.

“You’ve got two ways to be OK,” he said. “They have to take down both of them in order for your marriage to fall apart.”

Angelo Villagomez, a 44-year-old senior fellow at the think tank Center for American Progress, said it was “unthinkable” that his marriage could become illegal. Villagomez, who is of mixed white and Indigenous Mariana Islands descent, and his wife, Eden Villagomez, 38, who is Filipina, live in Washington, D.C.

But after the overturning of Roe v. Wade, “it feels like some of those things that have just been taken for granted … are under threat,” said Villagomez, whose parents, also a mixed-race couple, were married in the 1970s, not long after the Loving decision.

Villagomez worries about what could come next. “If we don’t put a stop to some of this backsliding, this country is gonna go to a very dark place,” he said.

“I’m worried about what else is on the chopping block.”