The state of emergency allows authorities to arrest people and search buildings without a warrant, drawing heavy criticism from political opponents and activists who have warned against a repeat of the police abuse and mass detentions that happened under previous states of emergency.

SAN JUAN, Puerto Rico (AP) — Jamaica’s prime minister declared a widespread state of emergency Tuesday to fight a surge in gang violence on an island with one of the highest murder rates in the region.

The measure applies to certain communities in the capital of Kingston as well as six of Jamaica’s 14 parishes, including those where popular tourist spots like Montego Bay are located.

The state of emergency allows authorities to arrest people and search buildings without a warrant, drawing heavy criticism from political opponents and activists who have warned against a repeat of the police abuse and mass detentions that happened under previous states of emergency.

Similar measures have been imposed in El Salvador and Honduras recently.

Prime Minister Andrew Holness dismissed critics, saying in a televised address that his priority is to save lives.

“That is all the government is trying to do,” he said, adding that Jamaicans “have to hide under their beds, hide their daughters, can’t go to church, and they see their sons and their boyfriends and husbands killed. That’s the reality.” 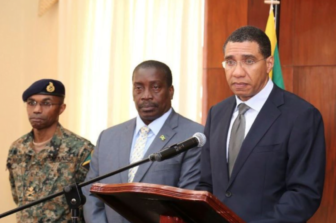 The island of 2.8 million people reported 1,421 killings so far this year, outpacing the 1,375 killings in the same period last year, a spokesman with Jamaica’s Constabulary Force told The Associated Press.

Jamaica has a similar population to the U.S. city of Chicago, which reported 643 killings so far this year.

“We have some really serious criminal threats facing us, and we have to use all the powers at our disposal,” Holness said.

The vast majority of killings in Jamaica are blamed on gangs known as “posses” that have been linked to major political parties and rely on extortion, drug trafficking and lottery scams to finance their activities.

In response, Jamaica has implemented several states of emergency in recent years that have been scrutinized by human rights activists. The nation’s Supreme Court has ruled several times — most recently in June — that detaining Jamaicans for months without a trial, let alone more than a year, is unconstitutional.

States of emergency deliver only marginal results and have worrying consequences, according to Jermaine Young, an expert on emergency powers and former professor at Howard University.

“Jamaica has a sordid reputation for abusing emergency powers,” Young wrote in an essay this month. The police and military “have engaged in practices that include arbitrary and unlawful mass extended detentions, extrajudicial killings and internal renditions.” 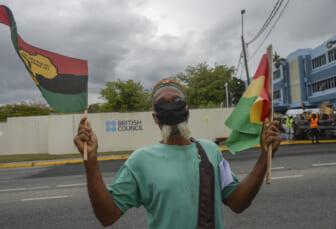 On Tuesday, heavily armed soldiers stood on street corners in Kingston and occasionally checked the IDs of people walking by and stopped cars to ask drivers where they were headed. Others entered people’s homes seconds after knocking.

Some residents in Denham Town, considered one of Kingston’s most violent areas, said they welcomed the state of emergency and noted that authorities there had made an effort to get to know them.

“I feel very comfortable because they’re here to serve and protect our community,” said Natalie Thompson.

But others like Everton Dias disagreed with the new measure: “You can’t use a problem to solve a problem.” 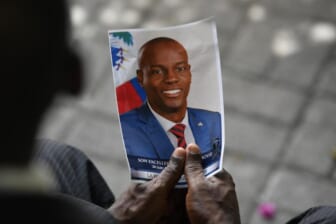 Authorities in Jamaica are defending the state of emergency. Police Chief Maj. Gen. Anthony Johnson noted a 64% decline in killings during a smaller, two-week state of public emergency last month.

The prime minister said he is aware of the concerns.

“It is not the intention of the government to abuse these powers,” Holness said. “As long as it is needed, this government will use states of public emergency.”

Holness left the press conference early, saying he was traveling to the U.S. to meet with top security officials and talk about new ways to reduce violent crime.