In 1856, America was facing a financial crisis. Banks were failing; a recession was on the horizon, and the country was in the early stages of what would become the Panic of 1857. To spread a little Christmas cheer, newspapers across the country delivered a special holiday message to their white readers:

The negroes are coming to town!

The iron market collapsed when someone discovered a “very serious and alarming plot” to recruit some or all of the 8,000 to 10,000 enslaved Black people working in the iron industry to revolt against their white masters. “There have been slave rebellions anticipated in Kentucky, Arkansas, Missouri and Tennessee, all reported in the past two weeks, indicating a singular coincidence of feeling and purpose among the slaves, or an extension of conspiracy, ” said the Evansville Journal. Unfortunately, four of the eight men hanged for the alleged plot were the property of former Secretary of War John Bell, who served as speaker of the House before being elected to the Senate.

It was not over.

Rumors of a Christmas rebellion in Virginia spoiled the Christmas plans for the state militiamen when they were called into action to prevent an uprising. Soldiers in Alexandria arrested 32 enslaved people at a Christmas party for “assembling without permission.” Nashville’s city council passed a law banning free Black people from going to school and preaching. A makeshift militia of 150 descended on Hopkinsville, Kentucky, because residents were “momentarily expecting an attack of about 600 negroes” who planned to free every enslaved person in the county. Harrison County, Texas, formed a committee to investigate its insurrections and Augusta, Georgia, hired police officers to protect the citizens from the potential rebels. Perhaps the best summary of the fear that gripped the “panic-stricken southern states,” was the despicable headline festooned atop page three of the Holmes County Republican‘s Christmas edition:

Historians aren’t entirely sure whether or not the Caucasian Christmas Crisis of 1856 was a narrowly averted slaughter or just a collective paranoid delusion. It is quite possible that the desire for freedom had spontaneously combusted in the hearts of enslaved Black people across the South at the same time (It was kinda hard to confirm a terror plot after whites turned the alleged terrorists into Christmas tree ornaments). Plus, there’s one other reason why we can’t verify the accusations behind the whitest Christmas ever:

This was America’s first Christmas tradition.

Before American Harper’s Weekly cartoonist Thomas Nast drew the first images of the mythical figure we know as Santa Claus in 1862, America didn’t really have Christmas traditions. The Christmas tree wasn’t common in this country before 1829 and became popular after Dickens published “A Christmas Carol” in 1843. Even the legend of St. Nicholas became a thing because of an 1822 poem. Before Christmas morphed from a religious holiday into a national spectacle, most Christians would celebrate the Messiah’s coming out by going to church or getting drunk in the streets. However, there was one tradition that was practiced by Black people all across the world:

Get free or die trying.

For enslaved people, the Christmas holidays were the perfect time to resist, run away or — if necessary — revolt. Slaveowners often gave their human chattel a few days off for the holiday to worship, visit family members enslaved on other plantations or even marry. William and Ellen Craft escaped enslavement during their time off from forced labor. Ellen dressed as a white man and her husband posed as her dutiful slave until they arrived in Philadelphia on Dec. 25, 1848. Harriet Tubman escaped enslavement on Christmas in 1854. Jermain Loguen and his fellow enslaved people ferreted away their traveling supplies and planned their escape, praying: “Lord speed the day! — freedom begins with the holidays!” When armed white men encountered the escapees crossing the Ohio River into a free state, they assumed the self-emancipated crew was “free niggers…who have been to Kentucky to spend the Holidays with their enslaved friends.” 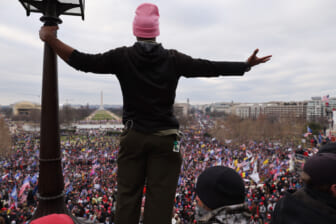 While many took advantage of this window of opportunity to abscond to freedom or simply revel in having a few days off, the white population in states that allowed race-based human trafficking was often forced to lay low. In the pre-Santa South, if someone was sneaking into a home on Christmas Eve, white people would often assume it was the Blacks coming to take their freedom. It was a practice that is literally older than America.

French colonizers claim to have discovered a murder plan by the defiant Bambara people to ambush their kidnappers at Christmas Mass in 1731. The freedom carolers planned to kill or enslave every non-Black person in the territory that became Louisiana. South Carolina deployed its militia to Charles Town and issued a bulletin for citizens to “take care” during the Christmas of 1732 after receiving reports of “mysterious and large-scale meetings of slaves — some running into the hundreds.” In 1765, Governor William Bull told the London Board of Trade that he “received intimation that some plots are forming and some attempts of insurrection to be made during these holydays, at which time slaves are allowed some days of festivity and exemption from labor.” The governor of Georgia hired a special CSI team (Caucasians to Suppress the Insurrection) to protect Savannah during the 1768 holiday season.

On Dec. 18, 1775, Continental Army Major Charles Cotesworth Pinckney, 150 Continental Army troops, and 50 native American reinforcements attacked the Ethiopian Regiment an all-Black squad of formerly enslaved freedom fighters who escaped bondage to join the British Army in exchange for liberty. The patriot force slaughtered the sleeping Black men before dawn, bragging that the massacre would “serve to humble our Negroes in general.” 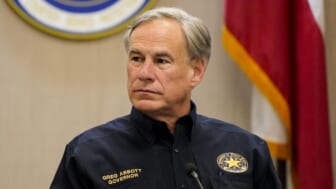 The citizens of Columbia, South Carolina, were on edge the week before Christmas 1804 when they got wind of an imminent attack by “negroes on the other side of the river.” To show they meant business, the local militia put a cannon on the statehouse steps, handed out guns and shot a Black man who was just riding by on horseback. He wasn’t revolting; he was following his master, who hadn’t heard about the rebellion. But that didn’t matter. Christmas was the time of year for gift-giving, holiday cheer and hearing whispers about belligerent, anti-white slaves who wanted freedom for Christmas.

If you’re wondering whether or not these radical reverse racism reports were substantiated, does it matter? What matters is that white people had heard things, so they had to be true. When Louisianans found Black people in the woods with gunpowder in 1844, they skipped right over “probably hunting” and went directly to “they finna kill us.” The Holly Springs Gazette even published an account of someone who heard Gideon Richardson’s property tell John Gibson’s chattel what they heard about a Christmas insurrection, according to a young, enslaved Black girl’s forced confession. The Gazette responsibly prefaced the report by explaining: “We know nothing of the circumstances, but think it our duty to place the subject before the public that they may take such steps as they deem advisable.”

You know what “such steps” were.

“We have learned from authority of the most undoubted kind, that the inhabitants of Newbern, Tarborough, Hillsborough, and their vicinities, are considerably excited, with the anticipation of insurrectional movements among their slaves,” reported the Dec. 25, 1830, edition of Milton, North Carolina’s local paper. “It appears from various rumors that Christmas morning had been selected as the period of rebellious motions.” Five Christmases later, instead of hosting a shindig for their Lord and savior, the Jackson, Louisiana, residents opened the College of Louisiana’s chapel to hold a yuletide execution for an enslaved man who reportedly confessed to a plot to rob and murder whites.

To be fair, the whites didn’t blame all of these proposed Xmas insurrections on Black people.

“[I]t is contrary to the true nature of the negro to engage in such enterprises,” explained the Times-Picayune after false rumors of an 1850 Christmas revolt nearly crashed the stock market. “They are constitutionally true to their masters. They will fight for, but not against them…Left to themselves, neither seduced nor led by white men, a more faithful, reliable class of men do not exist than Southern slaves.”

See? Enslaved people didn’t want to be free; they were being led astray by white activists from the North and “woke Black people” who bamboozled the loyal Blacks into becoming abolitionist grinches who stole themselves. The previously mentioned 1856 scare was blamed on abolition emissaries who had invaded every corner of the South. Reports of a joint Louisiana-Mississippi all-star Christmas mutiny in 1859 on radical Republicans was attributed to radical Republicans. David Walker was banned from the South for his appeal urging freedom by any means necessary. And on Dec. 21, 1822, South Carolina’s legislature passed 26 bills in one day. Among other things, they paid $122 each to compensate the owners of the enslaved people they had just killed for being involved in Denmark Vesey’s conspiracy. They borrowed $200,000 at 5 percent interest to hire 150 men as insurrection protectors around the city. Most importantly, they passed the Negro Seamen’s Act of 1822. To prevent free Black sailors from spreading these rebellious ideas, any non-white person aboard a ship docked in Charleston Harbor was incarcerated in the local jail as long as the ship was in port.

It did not work.

Not only was the law eventually struck down by the Supreme Court, but it also did not allay white people’s fears of Negro Noel plots. White America’s fear of insurrection continued every Christmas until slavery was abolished…

America’s last true insurrection scare began in 1865 when white Georgians began begging for protection against newly emancipated freedmen. They had heard accounts of Black soldiers doing military drills in the middle of the night. Union military officers interviewed dozens of freedmen, but no one had any idea where the rumor came from. Then it spread to Texas, South Carolina and Alabama. By November, some version of the story of the big Black payback was being told in 60 counties in 11 of the former Confederate states. In some places, the negroes had robbed a trainful of rifles and were waiting until Christmas to attack. In other places, they were riding around counting how many bullets they’d need. 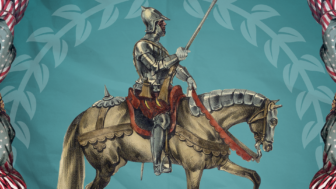 Also Read:
Race War One: The secret history of the national slave revolt

One of American history’s most ironic acts of reciprocity happened on Christmas night in 1865.

In homes all over the South, the people who participated in the most brutal institution to ever exist on North American soil had already lost their wealth, property and their white supremacist civil war. After raining terror, sexual abuse and death on Black people for 250 years, the traitors were huddled in their homes on Christmas night, wondering when the race warriors were going to come and slaughter them as repayment for their sins. But we are not terrorists. We are not the mass murderers. We have never been like them.

On that holy night, scarcely six months after the last enslaved people in America had been freed on the first Juneteenth, Black people collectively participated in the one act that our oppressors feared even more than a race war:

Since the birth of the immaculately conceived myth called America, there is one gift that Black people have never received, yet have always been willing to give:

Peace on Earth and goodwill toward men.