Cardona sits down with theGrio after a brief is filed with the Supreme Court in the legal challenge currently blocking the White House's student debt cancellation program.

The Biden-Harris administration this week filed a brief with the Supreme Court in the legal challenge of its student debt relief program that is halted until the high court issues a ruling in the case later this year.

In a recent interview with theGrio, Education Secretary Miguel Cardona said the administration is “very confident” that it will prevail against the two legal challenges that could potentially prevent millions of eligible borrowers from receiving up to $20,000 in student debt cancellation.

“We’re not going to stop fighting for them,” Secretary Cardona told theGrio. “We feel confident that the 40 million people that are eligible for debt relief will get debt relief.”

The head of the U.S. Department of Education said it’s “unfortunate” that conservatives are posing challenges to a program that he says seeks to provide much-needed relief to Americans, including Black borrowers. “Republican elected officials are fighting us from providing help to the American people when we know, right now, through this pandemic, we can’t leave them worse off than they were before,” said Cardona.

On Wednesday, the Department of Justice filed its Supreme Court brief on behalf of the administration. The DOJ argued that the HEROES Act of 2003 gave Education Secretary Cardona the legal authority to issue debt relief for millions of Americans due to financial hardship caused by the COVID-19 pandemic. By law, the HEROES Act authorizes the education secretary to “waiver authority to respond to a war or other military operation or national emergency.” 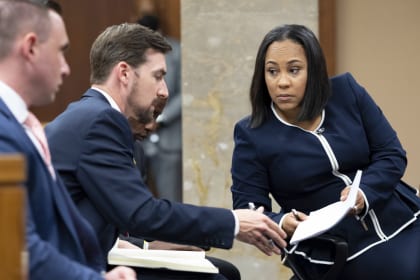 As the White House has previously noted, canceling student debt would significantly help Black borrowers, who disproportionately rely on federal loans to pay for higher education. Black borrowers are also less likely to pay off their debt when compared to white borrowers.

Secretary Cardona emphasized that if the Supreme Court rules in favor of the Biden-Harris administration, it would be that “42% of Black borrowers will have their loans zeroed out.” He added, “Talk about addressing the racial wealth gap.”

In addition to student debt relief, the Education Department has been targeting other ways to lessen the cost of higher education, particularly for students who attend Historically Black Colleges and Universities. The American Rescue Plan, signed into law by President Joe Biden in March 2021, has doled out billions of dollars to HBCUs, setting a record in funding for historically Black institutions. Secretary Cardona said that the administration has issued a total of $6 billion to HBCUs. But the administration says it wants to do more.

“It’s more than just giving them money,” Cardona explained. “It’s about giving them a seat at the table to help us work with them to see what supports they need to lift up HBCUs.” 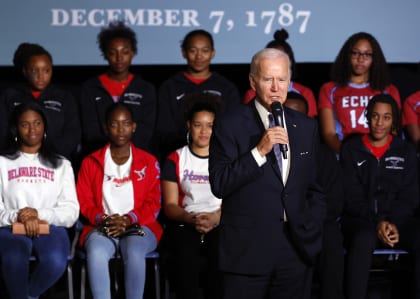 When asked if the Biden-Harris administration believes it can work with a GOP-controlled House of Representatives in the 118th Congress — despite not yet electing a House speaker and swearing in its 434 members — Cardona said he is “hopeful” Republican legislators will “work with us to try to lift up our HBCUs.”

“We know [HBCUs] punch above their weight. We know they do a lot for not only our students, Black students that are attending them, but for the entire country,” the secretary added.

As for the student debt case at the Supreme Court, Cardona said that while the administration remains confident that it will prevail and be allowed to move forward with canceling debt for millions of borrowers, it also plans on continuing the work of bringing down the cost of higher education.

“The president has been very laser-focused on making sure higher education is more accessible to more Americans,” said Cardona, who noted the administration has also improved income-driven repayment policies “so that people don’t have to pay so much out of their pocket every month in loan payments.”

“We’re going to keep fighting for our borrowers, our students, and our K-12 students who are looking at college as an option,” he said. “We want to make sure that they have access as well.”