Jones will be the first guest host starting Jan. 17, following the departure of Trevor Noah in December.

Comedy Central has announced the schedule for the first five guest hosts for “The Daily Show” upon its return this month. Leslie Jones, Wanda Sykes, and D.L. Hughley will be the first hosts, respectively, following the departure of host Trevor Noah.

Jones, a stand-up comic and former “Saturday Night Live” cast member, will guest host the first week, starting Jan. 17. Sykes, actress-comic, and co-host of the 2022 Oscars, will be taking on the following week, beginning Jan. 23. For the week of Jan. 30, comedian and radio personality Hughley will host.

Hughley previously worked with Comedy Central over the years. He hosted a short-lived 2005 talk and sketch show, “Weekend at the D.L.,” and filmed his 2005 stand-up special, “D.L. Hughley: Shocked and Appalled.”

Following Hughley’s week, comedians Chelsea Handler and Sarah Silverman will guest host during the weeks of Feb. 6 and Feb. 13, respectively. Al Franken, John Leguizamo, Hasan Minhaj, Kal Penn and Marlon Wayans have all been selected as future guests hosts, and their scheduled weeks will be announced at a later date.

Noah announced in September that he was vacating as “Daily Show” host after a seven-year run. His last show was on Dec. 8, and “The Daily Show” has been on hiatus since then. Noah took over for longtime host Jon Stewart in 2016. He continued the show’s success while evolving it in his image, winning an Emmy Award during his tenure. 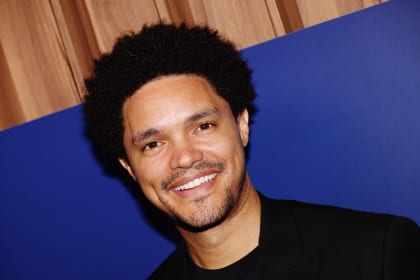 The South African comic will be returning to stand-up comedy full-time. He embarks on his international “Off The Record Tour” on Jan. 20 in Atlanta, and going to December. He will perform in domestic cities including New York, Baltimore, Phoenix and Detroit, as well as overseas cities such as Pretoria, South Africa; London; and Glasgow, Scotland.