This week started with a stellar display of Black excellence — and fashion — Tuesday evening on the 80th annual Golden Globes red carpet. Black Hollywood came out in full force with Sheryl Lee Ralph in violet sequins by Aliétte, Regina Hall in a black faux leather gown by Monique Lhuillier, Billy Porter reprising his famous tuxedo gown, and more, leaving us excited for what’s to come as awards season progresses. 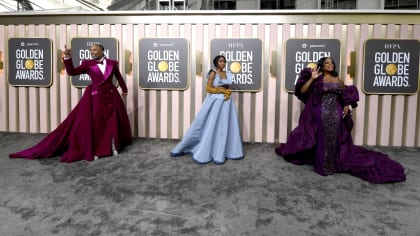 Other news we can’t get off our minds this week includes Tracee Ellis Ross dropping a Pattern beauty blow dryer, John Legend entering the beauty game, and an impressive number of Black faces covering some of the industry’s biggest magazines. We unpack this and more below in this week’s Style Guide.

Master makeup for women of color with Danessa Myricks

Recently worn by Sheryl Lee Ralph at the Golden Globes, Danessa Myricks Beauty is now giving back to the beauty community this MLK day with a free virtual masterclass. Per a press release, the brand’s two-hour course offers tips and tricks designed to improve one’s eye for working with women of color. From shade matching to contouring, the class is open to anyone looking to master makeup for melanated skin tones.

Looking for the perfect blow dryer for your coily crown? Well, look no further — Tracee Ellis Ross has you covered. This week, Ross’ haircare brand, Pattern Beauty launched its first heat tool, the Pattern Blow Dryer. According to the press release, the blow dryer was created to “help usher in a new era of curl-conscious heat.”

“I really longed to reframe the historical relationship of heat as submission, to heat as [a] possibility,” said Ross, per Vogue. “[Pattern’s mission] is to exceed the needs of the curly, coily, and tight, textured hair community.”

Alongside the Pattern Blow Dryer ($189), the brand also launched a Heat Protectant and Shine Spray, each retailing for $20.

Congrats to John Legend and Chrissy Teigen, who, per People magazine, welcomed a new member of their family on Friday! Their newest addition is clearly a joint effort, but not the only one; soon, Teigen won’t be the only one in the Legend household with a lifestyle brand to her name. According to Women’s Wear Daily, John Legend’s Loved01, a beauty and body brand focused on the unique needs of melanin-rich skin, will be hitting shelves at CVS on Feb. 1 and at Walmart in March.

Loved01 is Legend’s first official brand, but it is far from the R&B sensation’s first venture into the beauty industry. Some may recall Legend was an early investor in the brand Bevel, and the EGOT also lent his musical talents to Simone Biles’ animated series for P&G Beauty-owned SK-II.  In a recent interview with WWD’s Beauty, Inc., Legend explained why skincare was an important category for him.

“I care about my skin and taking good care of it, as I’m on TV and taking photographs a lot. Everybody deserves to have products that are formulated with them in mind,” he said.

Whenever an iconic food brand teams ventures into fashion, the results are often a must-see (or at least, very entertaining) collab — we’re looking at you, Megan Thee Stallion and Popeyes. A new collab between Baileys Original Irish Cream Liqueur and celebrity stylist and Aliétte designer Jason Rembert is no exception.

Together, Baileys and Rembert, who designed Sheryl Lee Ralph’s Golden Globes gown, are serving up luxury outerwear with a white puffer coat inspired by the perfect marshmallow. The Baileys Marshmallow Puffer’s design emulates a marshmallow’s round edges, soft texture, and delicious puffiness. According to Rembert’s site, the unisex coat marks Baileys’ first-ever foray into “Treat Couture,” and will be available as a limited-edition item while supplies last. Via a press release, Rembert reflected on his own affinity for Baileys Hot Chocolate, a personal connection that further inspired his work on the collab.

“When it comes to the colder weather months, there is nothing like a Baileys Hot Chocolate topped with marshmallows,” Rembert said in a statement. “Being able to now use my talents to design Baileys’ first-ever piece of Treat Couture that takes inspiration from my favorite winter cocktail and allows people to wear it is a true full circle moment for me.”

Ready to indulge? The Baileys Marshmallow Puffer is available in sizes ranging from S to 3XL for $1,995.00 while supplies last.

Puma and celebrated fashion icon Dapper Dan have teamed up once again. On the heels of their first exclusive Kith release in October 2022, the two have joined forces for another highly anticipated second drop. According to a release to theGrio, the limited five-piece collection will combine Puma’s sports legacy with Dan’s legendary style in a new drop of apparel and footwear pieces.

Dan reportedly took inspiration from his Harlem roots and the growing concept of the “pre-game” runway for the five-piece capsule collection, which includes a twist on Puma’s classic Clyde sneaker, the T7 tracksuit with the Puma x Dap logo, two tees, and a reversible padded jacket featuring a Dapper Dan-ified rhinestone logo.

The limited collection will range from $70-$300 USD and will drop globally at Atmos, Extra Butter, Concepts, Bodega, Social Status, and other select retailers on Saturday, January 14.

If you head out to shop the line, you may see Dan himself, as the fashion icon will be touring select retailers in a freshly Dapper Dan-wrapped car for launch day. The Dapper Dan effect doesn’t stop there; as mentioned in the release, he has also redesigned the interior of Puma’s jet.

Ivy Park x Adidas take it back to the early aughts

Ivy Park and Adidas’ partnership continues with an up-and-coming release. On Friday, Beyonce’s athleisure brand announced a new basketball sneaker, the Top Ten 2000. Described by the brand as a shoe “designed for the journey ahead,” the remixed version of the vintage Top Ten 2000 sneaker features an orange and beige colorway, multicolored laces, and mixed materials that make the shoe both stylish and comfortable. Priced at $200, the sneakers will be available to shop on the Adidas Confirmed App, beginning Jan. 20. 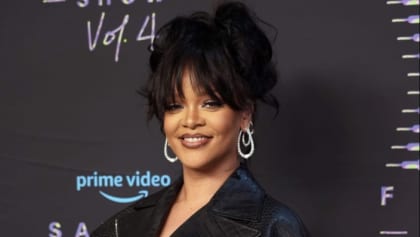 Magazine covers in the new year are already giving us plenty to delight over. W Magazine unveiled multiple covers for its Best Performances issue, featuring Zoe Kravitz, Taylor Russell and Jonathan Majors. Elsewhere, Deion Sanders and Allen Iverson offer up dueling GQ covers; Naomi Ackie covers Elle; actor Jeremy Pope appears on the cover of Variety’s Best Picture issue, and “Till” star Danielle Deadwyler dazzles on the cover of Town & Country. Check them all out in our gallery, below. 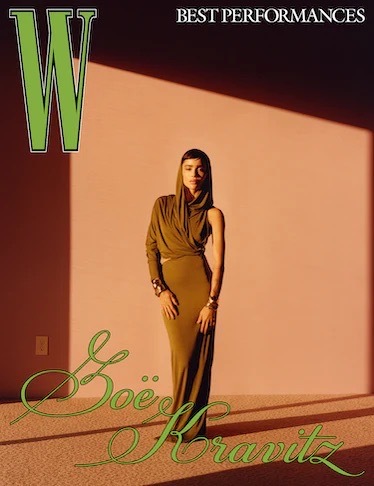 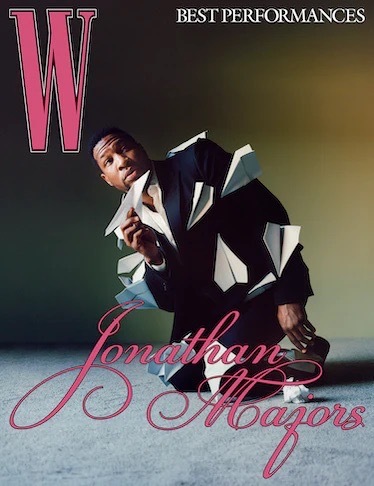 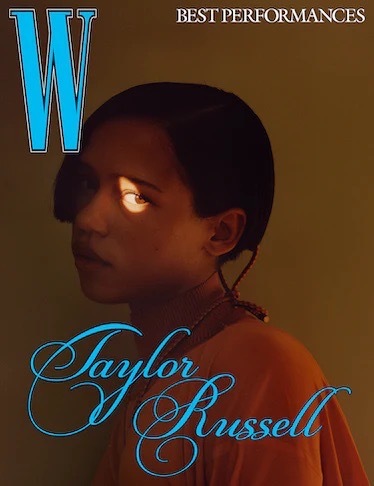 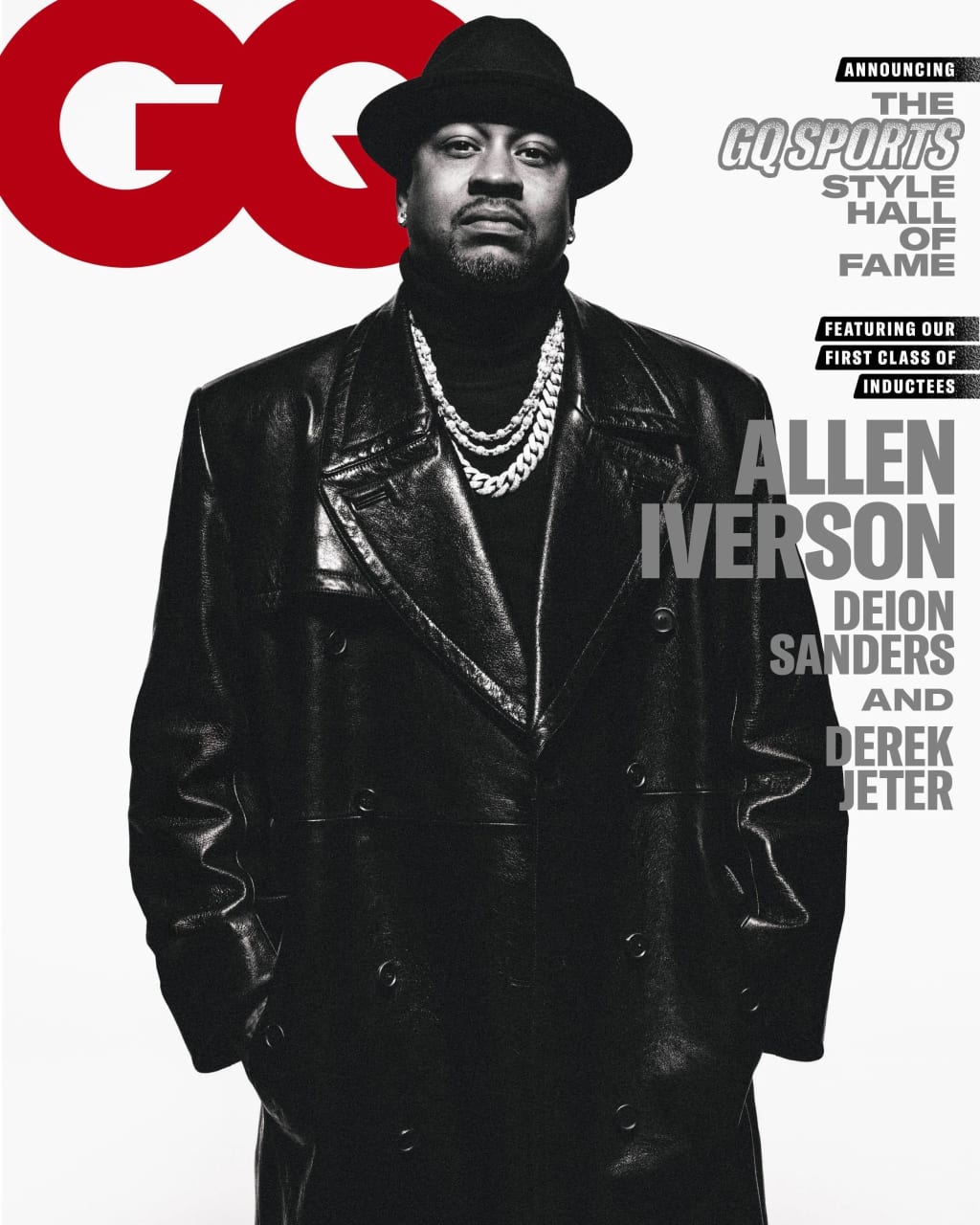 Basketball legend Allen Iverson on the cover of GQ magazine. 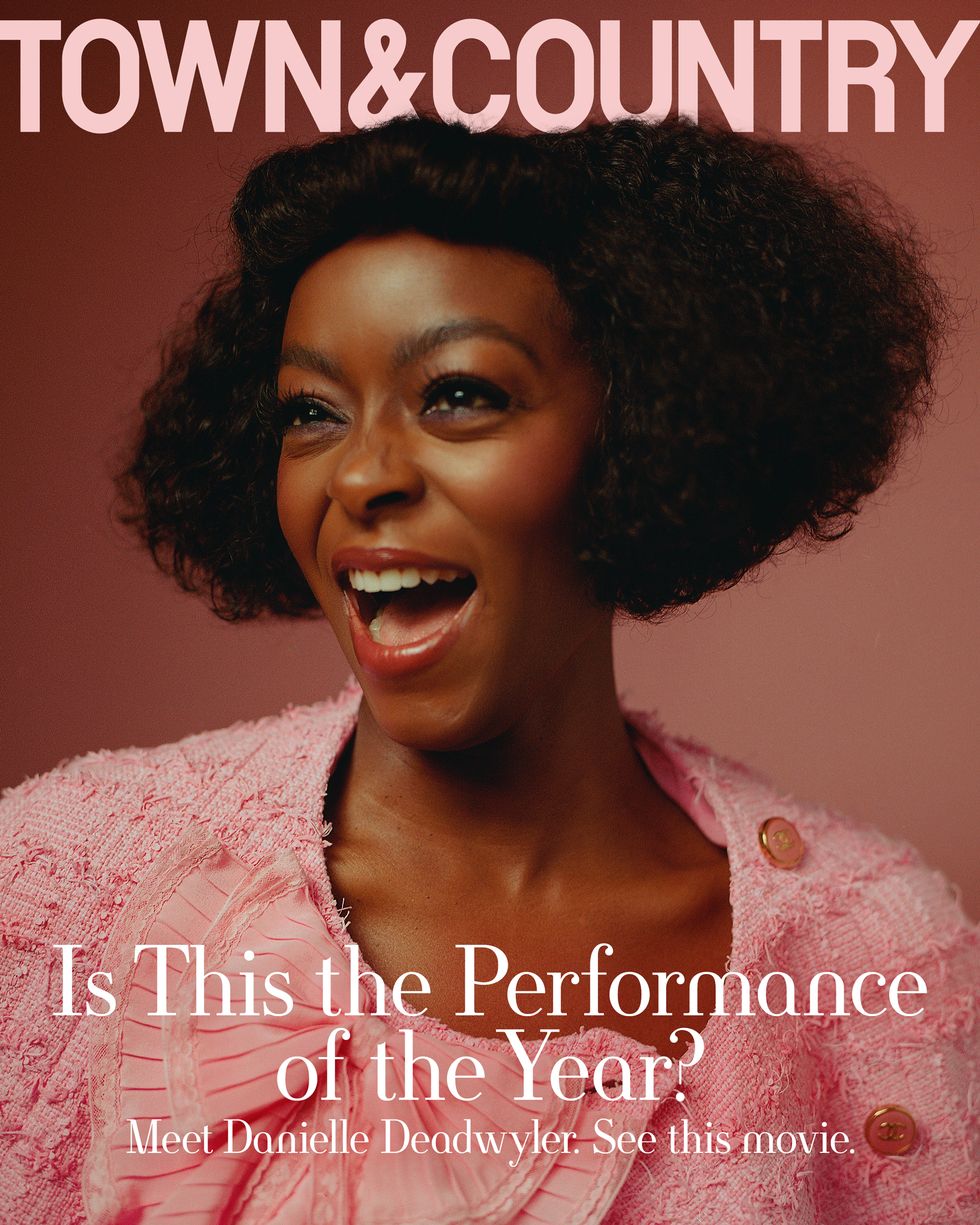 Actress Danielle Deadwyler on the cover of Town & Country magazine. 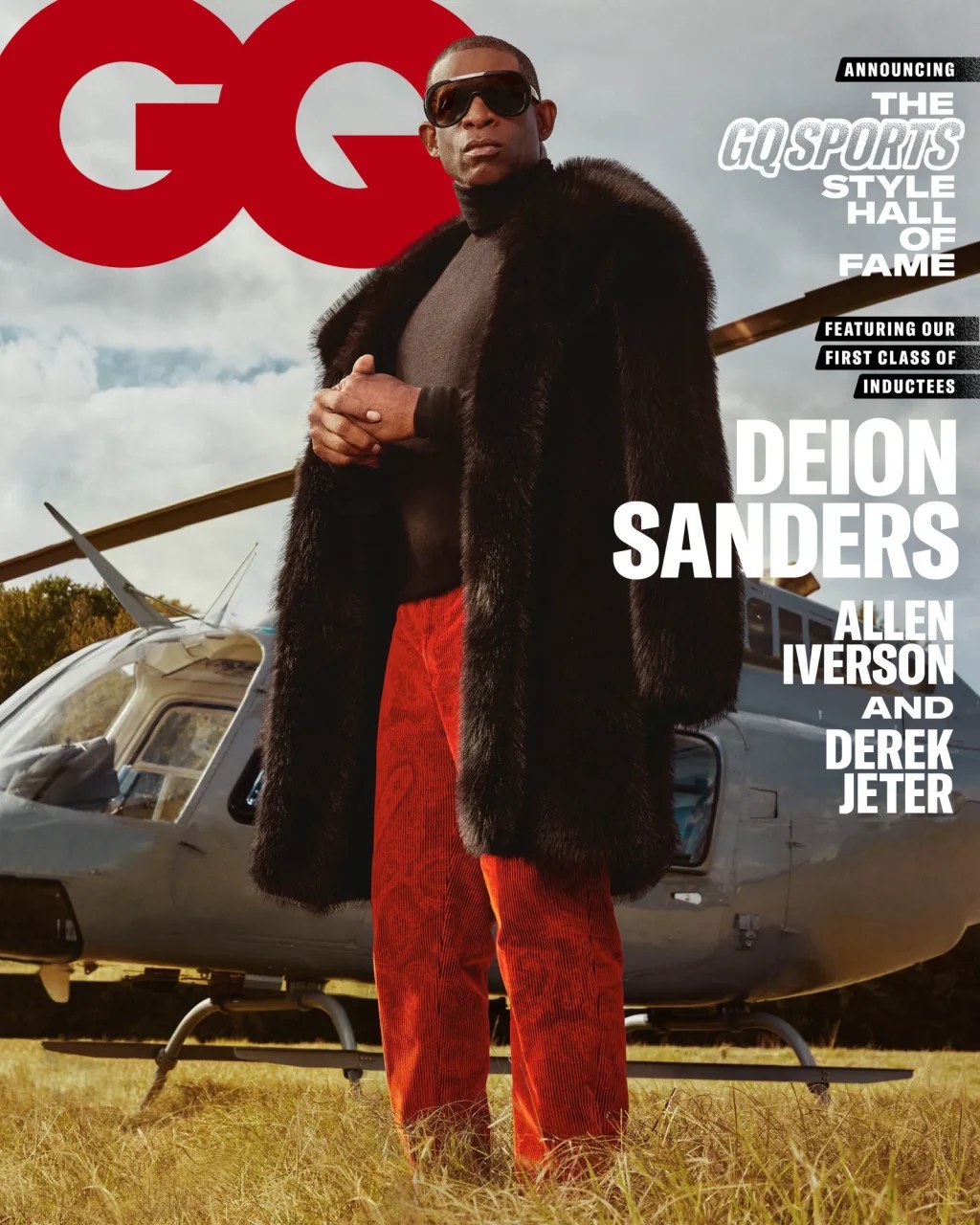 Football player and coach Deion Sanders on the cover of GQ magazine. 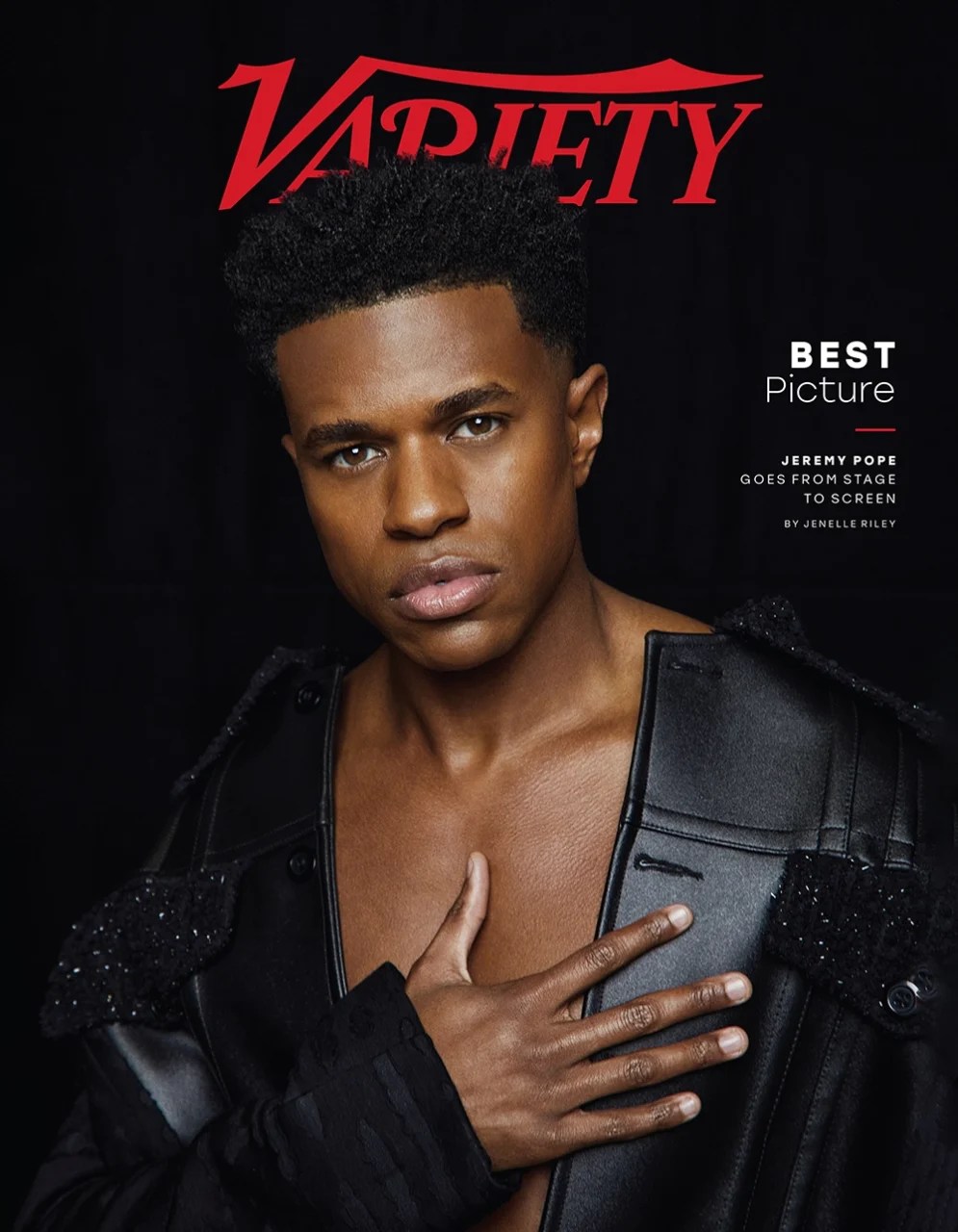 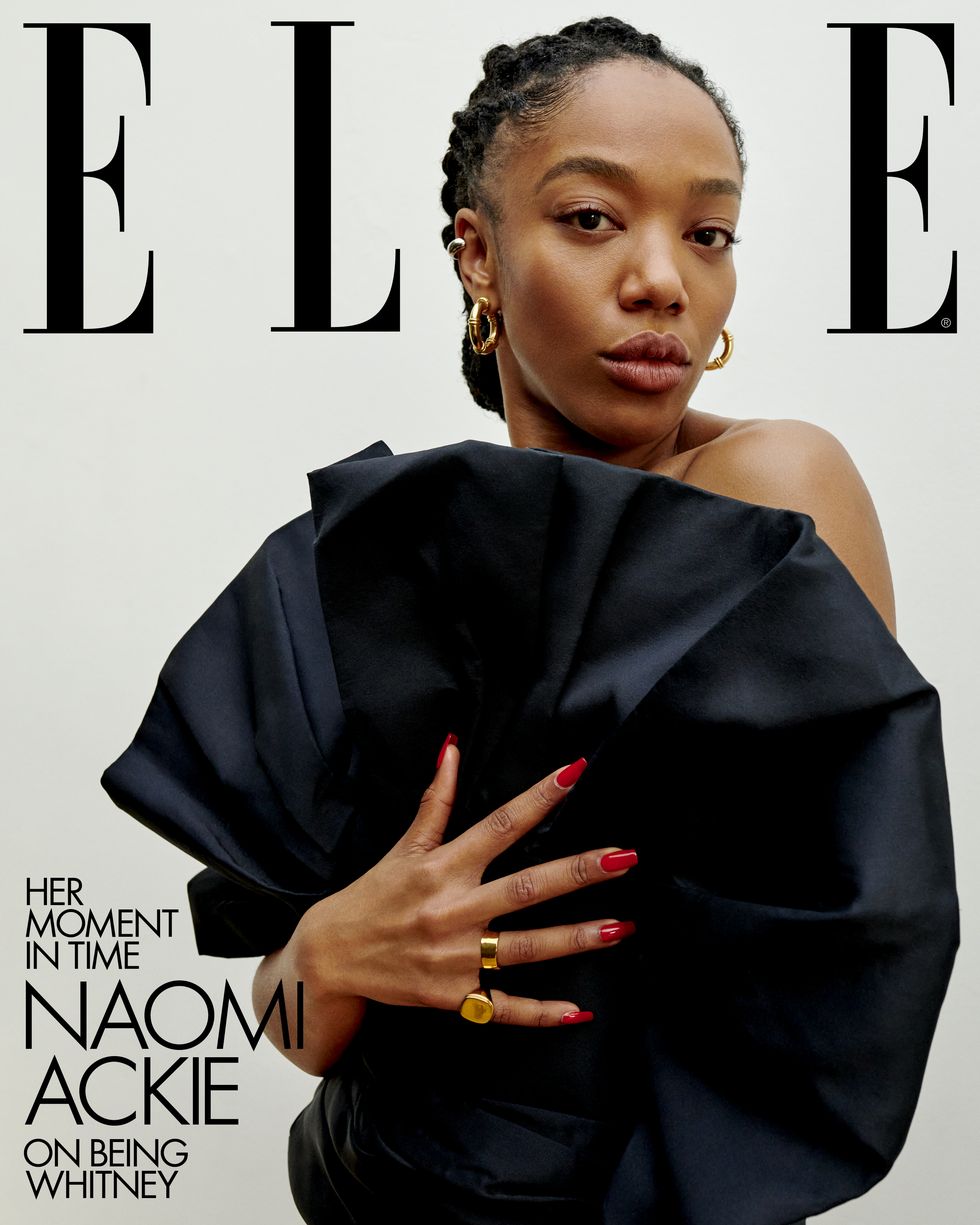 Actress Naomi Ackie on the cover of Elle magazine.