The 2018 killing of Lesandro Guzman-Feliz, known as "Junior," was caught on tape, sparking outrage

NEW YORK (AP) — The final five defendants were sentenced Friday in the fatal gang stabbing of a 15-year-old whose attackers mistook him for an underworld rival, a killing that unleashed outrage in New York and beyond.

Friday’s sentencing marked an end to a slate of prosecutions in the June 2018 killing of Lesandro Guzman-Feliz, who was known as “Junior.” In all, 13 people have pleaded guilty or been convicted in the crime.

Captured on video, the killing “left the Bronx community — and the world — horrified at such complete disregard for human life,” Bronx District Attorney Darcel Clark said in a statement.

Two gang leaders set the assault in motion by telling their underlings to go after members of another subgroup of their gang, prosecutors said. The two leaders were convicted of murder and sentenced last year to 25 years to life behind bars. 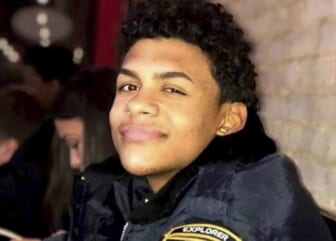 Guzman-Feliz wasn’t affiliated with any gang, authorities said. Nonetheless, gang members zeroed in on him.

The five who were sentenced on Friday, plus a sixth who was sentenced Tuesday, dragged the youth out of a corner store where he tried to hide. All six pleaded guilty to manslaughter and got prison terms that vary between 12 and 18 years.

Five other defendants attacked the victim with knives and a machete, prosecutors said, citing trial evidence. The five were convicted of murder and got at least 23-year sentences; one was sentenced to life behind bars. 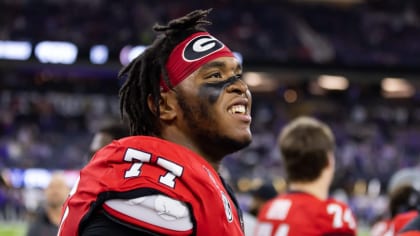 The crime triggered protests demanding “Justice for Junior.” Thousands of people paid respects at his funeral.

An aspiring police officer, Guzman-Feliz was a member of the New York Police Department Explorers program, which introduces young people to careers in law enforcement. The New York City Police Foundation established a college scholarship in his honor.