"Murder by the Book" will follow the exploits of a murder mystery book reviewer who turns to sleuthing.

Get ready for more Retta. NBC just ordered a pilot — “Murder by the Book” — starring the comedian and actress that reunites her with “Good Girls” creator Jenna Bans.

Bans and Bill Krebs wrote the series, which follows an Instagram-famous book reviewer who takes “a page from the murder mystery books she reviews and becomes an unlikely detective to uncover the shocking truths about an eccentric seaside town,” according to the synopsis that Variety obtained.

Retta celebrated the news on Instagram. “It’s giving ‘extra extra read all about,” she wrote in the caption of her post. “The pilot got the green light and I couldn’t be more thrilled. #MurderByTheBook #MBTB.”

Fans, of course, know Retta from her role on NBC’s “Good Girls,” which ran for four seasons. She also played  Donna Meagle in the network’s hit comedy series, “Parks and Recreation.” 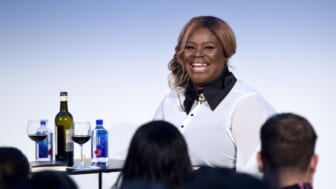 Also Read:
Retta is tired of being typecast as the ‘sassy’ Black woman

Last January, the multi-talented performer signed an exclusive contract with NBCUniversal — known in the industry as a talent-holding deal — to work with the company across its various platforms. She said in a statement at the time, “I’ve spent most of my career working with NBCUniversal and I was lucky to have my first series regular role on ‘Parks,’ which continues to be beloved by a dedicated fan base.”

She also expressed her regard for Grace Wu, executive vice president of casting for entertainment content at NBCUniversal Television and Streaming. “I have a forever love for Grace Wu, who gave me my first industry meeting after seeing me do stand-up at the Hollywood Improv all those years ago. It’s a cozy and familiar place for me.”