OPINION: The MC’s game-changing record was released in January 2003, causing legions of people to ask the age-old question: Do you feel old yet? No pun intended.

I don’t know about you, but at my big age of 43, I still feel as youthful as ever. My knees and doctor might disagree, but I tend to think that how you feel is all about how you think you feel — which is, I don’t feel old.

Until, of course, I start thinking about the music that shaped my life and realized that most of it was either over 30 years old or approaching 30 and that songs I vividly remember being part of the soundtrack of some of my youthful shenanigans are now 20. Yes, 20 years old, or “20 Y.O.” as Janet Jackson so eloquently named an album in 2006. Whew, chile. 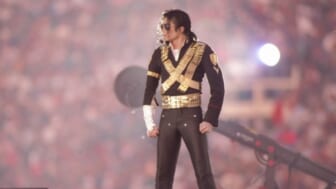 Such brings us to today’s heat in the Do You Feel Old? Olympic Games: 50 Cent’s 2003 (but ever-present) club banger, “In Da Club,” released on Jan. 7, 2003. To call this song a game-changer is to vastly undersell its impact. 50 Cent was already a name in hip-hop, having been shot nine times and turned into the preeminent version of a Black gangsta rapper. Living through that ordeal while seemingly not giving one single solitary *CENSORED* whose feathers he ruffled created a mythology around him, turning him into hip-hop’s most compelling artist since Eminem. Unsurprisingly, Eminem brought 50 Cent to Dr. Dre, leading to the three-headed monster that Dr. Dre’s Aftermath was able to market into millions of listens and dollars.

50 Cent’s single, “Wanksta,” from the soundtrack to the movie “8 Mile” was one of the more memorable videos and songs to come out at the turn of the century. 50, with his chiseled Black superhero physique, looked dangerous, and he played into that aura perfectly. He moved like somebody who was really in the streets and played the part. At the end of the video, he had his son toss a Ja Rule doll into the trash, which sent the 50 Cent vs. Ja Rule beef into the stratosphere.

And then he did the absolute unthinkable — he dropped one of the most undeniable singles of all time with “In Da Club,” a record produced by Dr. Dre that featured a hook that literally anybody in any club anywhere could sing along to. Opening up with “go shawty, it’s ya birthday…” also ensured birthday parties featuring white people from Anchorage, Alaska, to Bangor, Maine, could get in on the fun. The record, as they say in the parlance of the streets, was a problem.

It was such a good record that I remember watching an episode of Rap City in 2003 where Fabolous was the guest. While Fabolous was speaking with Big Tigger, the DJ played “In Da Club” in the background and Fabolous stopped talking to sing along with the song. He was in a trance. Everybody was. That’s how big “In Da Club” was … everywhere. 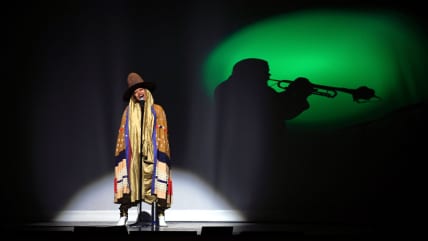 I was 23 years old when “In Da Club” dropped and in my final year of grad school. I’d love to say that I spent all of my time studying but I’d unfortunately (and fortunately, I suppose) perfected the art of the midnight-to-8-a.m., 20-page paper — true story — so I took my talents to the clubs OFTEN. I live in Washington, D.C., and Dream Nightclub was all the rage on the east coast as a club to visit. Music videos were shot there.  Presidents came through.

What I can attest to is this: “In Da Club” was absolutely IN THE CLUB. There was no spot I went to in Washington, D.C., or anywhere else for that matter where 50 Cent’s record didn’t get spun. It was the centerpiece of the night most times in 2003 and into 2004. And it perfectly teed up 50 Cent’s classic debut album, “Get Rich or Die Tryin’,” a behemoth of a first album, both in sales and impact. What a time to be alive.

It feels like yesterday, but it was all 20 years ago.

Do you feel old yet?