When it comes to hip-hop music, the disc jockey is the heartbeat of the genre.

National DJ Day is commemorated on Jan. 20 every year to celebrate the work of amateur and professional disk jockeys.

A 1941 Variety Magazine first published the term disc jockey, which famous radio commentator Walter Winchell coined in 1934, according to National Days Today. DJing came into existence in the 20th century, beginning with Radio DJs and ultimately evolving to live Club DJs, DJ Soundclash and Turntablist. Now we have mobile DJs, Genre DJs, Wedding DJs, and Resident DJs — and all follow the same essential tricks and tools of the trade to get the crowd rockin’!

National Disk Jockey Day originated to honor the death anniversary of Albert “Alen” James Freed, commonly known as “Moondog.” Freed is considered one of the most pioneering DJs of the 1950s, as he was the first to play music on air at WJW in Cleveland, a major radio station at the time. Freed coined the term “Rock & Roll” and helped spread the genre throughout North America, according to National Days Today.

When it comes to hip-hop music, the DJ has always been the heartbeat of the genre. So as we show love to our favorite DJs today, let’s remember some of the most influential DJs in hip-hop of the past and present. Below is theGrio’s Top 10 Hip Hop DJs list. 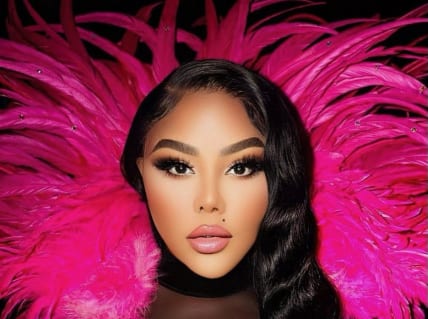 Considered the creator of hip-hop, DJ Kool Herc, a Jamaica native, is credited with contributing to the development of hip-hop music in the Bronx section of New York City in the 1970s through his “Back to School Jam.” Herc, the first-ever Hip Hop MC, created a technique called “The Merry Go Round,” which later came to be called “breakbeat” djing. This laid the groundwork for the sound of hip-hop. Afrika Bambaataa and Grandmaster Flash imitated and popularized Herc’s DJ style.

Afrika Bambaataa is a visionary Bronx DJ who was considered the godfather of hip-hop culture in the late 1970s. His groundbreaking hit, 1982’s “Planet Rock,” helped lay the foundation for electro and house music. He is considered one of the best DJs in the industry because of his masterful turntable skills.

DJ Grandmaster Flash is famously known for his socially conscious rap with “The Message.” He is considered one of the pioneers of Hip Hop DJing, cutting, scratching and mixing

DJ Red Alert is one of hip-hop radio’s all-time greatest personalities. He began his career by working for Afrika Bambaataa and the Zulu Nation and is known for breaking the careers of hip-hop icons including Boogie Down Productions, Black Sheep, A Tribe Called Quest and the Jungle Brothers.

Jam Master Jay was the DJ of the influential hip-hop group Run-DMC in the 80s, which he founded with his high-school friends Joseph Simmons and Darryl McDaniels. He not only defined the group’s sound but Jay also created its signature style of black hats and Adidas shoes.

DJ Premier is the GOAT innovator of the “scratched-sample hook”. He has produced tracks for a slew of Hip Hop legend, including Nas, The Notorious BIG, KRS One, Jay Z, Big Daddy Kane and Snoop Dogg.

Kid Capri is a Grammy award-winning DJ and producer known as the pioneer of DJ Culture. He was the first DJ to perform on major networks like BET and VH1. Kid has produced tracks for some of the biggest music stars such as Snoop Dogg, Jay-Z, Madonna, and 50 Cent. 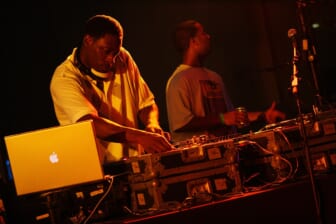 Funkmaster Flex is a rapper and producer who in the early 90s became the host of the first hip-hop radio show on Hot 97 in New York, which was a pop radio station at the time. He would go on to release several successful mix tapes and collaborate with a slew of artists such as  Dr. Dre, Jay-Z, Eminem, LL Cool J, DMX, Nas and Snoop Dogg.

DJ Screw was a Houston-born artist best known as the creator of the chopped-and-screwed DJ technique. He released more than 350 mixtapes throughout the ’90s until his tragic death of a heart attack in late 2000. His trademark mixing style lives on mainly through rap artists rising from the South.

DJ Jazzy Jeff is a Grammy-winning hip-hop DJ and producer famously known for his work with Will Smith. He also helped develop the career of several fellow Philadelphia musicians, including Jill Scott and The Roots.