The definition of a music producer is not the same for everybody. This rings particularly true in contemporary Black music from the mid-20th century onward. Aspiring musicians or artists may take music lessons to improve their talents and skills and prepare themselves for any opportunity.

You have people like Sly Stone, who produced his band. Flyte Time’s Jimmy Jam, who often composes the music he produces with partner Terry Lewis. Then there’s Pete Rock, who uses samplers and drum machines to make beats for MCs.

All of these producers are of different generations and have different sounds and techniques. While there are several things that they all have in common, one crucial thing connects them: They were all DJs.

The attributes of a DJ help them unite a crowd in a collective movement, both literally and emotionally. It is a DJ’s job to gather the right records, play them in the right order and contort their sonic characters in real-time to get the perfect response from party-goers and concert attendees. It’s those same attributes that make a successful music producer.

It’s a producer’s job to serve what’s best for the artist and the song. Often that involves technical know-how, matching the right artist with the right material, choosing people who will bring the song to its fullest potential, knowing elements to add to captivate a listener, and helping craft a track list for an album to ensure it makes sonic and thematic sense for the listener. 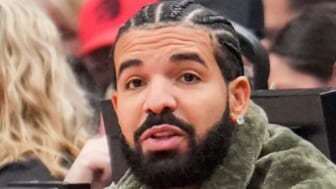 Each one of these men carved their own place in the pantheon of Black music hitmaking, and DJing is the profession that built that acumen.

The DJ is many things—a music player, a tastemaker, a gatekeeper, an art curator and a cultural liaison. Before the MC was the one who moved the crowd, it was the DJ who was responsible for the movement of the people in attendance.

Brian “Raydar” Ellis, a professor at Berklee College of Music and a DJ/producer, says that the DJ must control the flow of the music and the crowd.

“You’re kind of working like a traffic light, like an intersection,” Ellis told theGrio. “The energy is going to flow and intersect with each other. And you’ve got to make sure they don’t crash. So you’ve got to have really dope records, and then you’ve got to know when to play those records.”

It all begins with that innate ability to understand not only what records work best for crowds, but how those records work to create a reaction in the crowd. A good music producer understands the sonic elements of melodies, harmonies, and rhythms, as well as song structure and arrangements that can make the listener react.

Pete Rock was just a young kid, admiring the popular DJs during hip-hop’s infancy when he began to understand the almighty lesson of curation. 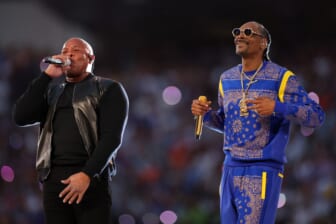 “It takes you being acutely attentive to all that you learned from those other DJs and applying it to yourself,” Rock told theGrio. “You remember certain records that they play that move the crowd. And you just start computing and documenting all this stuff in your brain that just never leaves you.”

Radio DJs not only have the pulse of the people, but they set the pace of that pulse. For Black radio DJs, it wasn’t about just playing the most popular songs of the day, but they created the soundtrack of people’s days by exposing them to new artists and finding the right songs to work together.

Slyvester Stewart became the Bay Area funk maestro Sly Stone because of his savant songwriting, influential bandleading skills, and command of multiple instruments. But his days as a DJ at San Francisco’s KSOL-AM during the early 1960s helped him understand what the people wanted. Fusing soul artists with white pop acts like the Beatles, the Rolling Stones, and Bob Dylan would inform his production skills later for his integrated band, Sly and the Family Stone.

Two decades later, two radio disc jockeys from Long Island were able to utilize the encyclopedic knowledge of the records they spun as references for the music they would make later as the production team for Public Enemy, the Bomb Squad.

“Hank Shocklee and Keith Shocklee out in Long Island, they were DJing with Spectrum City for many, many years,” said Dan Charnas, New York University professor and author of “Dilla Time.” “That experience gave them the cultural depth, the depth of the library to then go on and create a revolution in sampled music.”

That inner library was the source of their radical collage style of sampling that destroyed conventional methods of hip-hop production. Songs like “Fight the Power,” “Don’t Believe the Hype,” and “Bring The Noise” ushered in a new era of production that caught millions off-guard until others followed suit.

The Bomb Squad succeeded not just because they knew what records worked, but because of their mastery of sampling and drum programming. Because of them, and others like Pete Rock and his DJ/producer mentor Marley Marl, and Prince Paul, sampling and interpolation became the go-to technique for producers, hip-hop and otherwise. 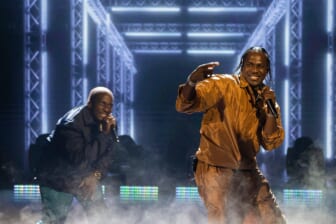 As the DJ-turned-producer began to create potent, innovative records, the tools of the producer became essential tools for DJs at clubs, parties, and during performances. DJs were getting instant on-the-job training as improvisational producers.

“Hip-hop was a jumble, a collage of different records put together in sequence, right in the right order,” said Charnas. “And that became, very quickly in the mid- to late-1980s, part of the skill set of a DJ was to not only be able to work the turntables, but to be able to work the drum machine and the sampler.”

It was this kind of multitasker who pushed the envelope of Black music. Acquiring the technical know-how as a DJ also laid the groundwork for a future as a producer.

Dr. Dre was packing in big crowds in California as a DJ who could fuse contemporary dance beats with 1960s Motown vocal tracks. As he continued tirelessly learning about recording and mixing, he realized that he wanted to make new music. The future media mogul took his knowledge and his ear to make infectious beats for his boys in Compton.

From N.W.A., J.J. Fad, Snoop Dogg, 50 Cent, Eminem, his own solo work and beyond, Dre’s beats went on to define a generation and a region.

Another DJ who would help define the sound of a city as a producer was Mannie Fresh. As the son of a legendary New Orleans DJ, DJ Sabu, Mannie developed his own skills as a DJ, curating and spinning records like his old man, but he separated himself by incorporating a drum machine at DJ gigs, prompting the crowd to plead for his beats more than the songs.

Combining his knowledge of traditional New Orleans second-line jazz and Bounce hip-hop with his ability to make beats, Mannie was responsible for Cash Money Billionaires’ signature sound that took the nation by storm in the late 1990s and 2000s.

While it’s not a requirement to be a DJ to be a great producer, the examples of men like Ali Shaheed Muhammad, J Dilla, DJ Screw and others show that the road to becoming a great producer can be shorter if you’re a DJ first.