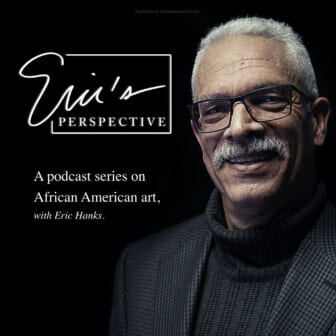 In this episode, Eric speaks with renowned actress, collector, activist and art patron CCH Pounder; who talks about her passion of the arts and opens up about the dilemma she once faced as a young girl — on whether to pursue acting or become a visual artist. Although she decided to pursue acting, she speaks about her long-time commitment to art and artists. Collecting the artwork of artists from Africa and the African diaspora, and the wonderful journey of establishing the first contemporary art museum in Dakar, Senegal with her late husband a native of Senegal, with the intention of showing Mother Africa what her children had been up to.. which the couple ended up donated the museum and its collections to the country. She discusses what she calls the “collectors story”, the importance of having a direction and focus when collecting and the role she plays as an art detective; taking the time to research each artist and piece before acquiring an artwork.

Guest Bio: Guyanese–American actress Carol Christine Hilaria Pounder was born on December 25, 1952, in Georgetown, British Guiana (now Guyana). She was educated in England, and in 1970, at age 18, she moved to the United States, where she attended Ithaca College. She has appeared in numerous plays, films, television shows, and miniseries including the medical drama series ER, the FX police drama series The Shield, Sons of Anarchy, and NCIS: New Orleans.  All That Jazz (1979), Face/Off (1997), Orphan (2009), Avatar (2009), and Godzilla: King of the Monsters (2019).

When the cameras aren’t rolling, Pounder plays active roles in the art world, as a patron, collector, former gallery owner. Pounder (whose collection in total includes about 500 pieces of art) and her late husband of 26 years, anthropologist Boubacar Kone had an art gallery in Los Angeles called the Pounder-Kone Art Space.  Over the years, as they were buying pieces with the museum in mind, Pounder said their focus was on collecting work by African artists and artists from the African diaspora. “The idea was that we were looking to bring back the seeds from where they had spread,” she said. “That way Africans could see what other people were doing in the world and see their influences.”  In 1993, Pounder and her husband, a native of Senegal, founded and built the Musee Boribana, the first contemporary art museum in Dakar. In 2014, after a chance of meeting with the president of Xavier, Pounder easily convinced Dr. C. Reynold Verret to share his university walls with her and the couple donated the museum and its collections to the country.

As one of the founders of Artists for a New South Africa, Pounder has energized awareness of post-apartheid and HIV/AIDS issues. In an interview, she said about the pandemic: “…We use actors and artists with the biggest voices so they can use every opportunity to talk about AIDS.”