What do people get wrong about Dr. King? 5 activists reflect on MLK’s true legacy

On Dr. Martin Luther King Jr. day, we celebrate the life and legacy of a man who changed the course of history with his leadership and organizing for civil rights.  We also remember that he was assassinated doing work of resistance and civil disobedience- a reality that is often forgotten in mainstream portrayals of MLK.

TheGrio.com assembled a digital roundtable of activists, writers and artists to reflect on the question of Dr. Martin Luther King Jr.’s true legacy- and how it directly relates to the fight for justice in 2018.

Editor-At-Large at Cassius, Author of the forthcoming book “No Ashes In the Fire”

King is often imagined as the opposite of a Malcolm X, but in so many ways, he was also a black revolutionary.

The last two years of King’s death was marked by a turn in his ideas and philosophy, in which he focused on the war, and Vietnam.  It was his focus on what we would call the triplets: racism, materialism and militarism.

Racism was one element he could’ve critiqued, but a critique of militarism, that was a direct critique of the state.

King represents to me possibility. He came to organizing very young without a lot of experience and only organized within communities roughly 13 years- that’s not a lot of time.

He had to learn on the job. He didn’t know all the answers.  You see someone who grows over time, whose theories change, and I think that’s remarkable.

And it reminds me today for anyone who’s involved in the movement: we don’t show up knowing everything.  So when we think about holding leaders accountable to this idea that they somehow need to show up perfect, that’s not how leaders grow.

Grace Lee Boggs says, to change the world we also have to grow our souls.

That can only happen when we transform ourselves and our own souls. That is something that I would say is a legacy, but left to us as a task. 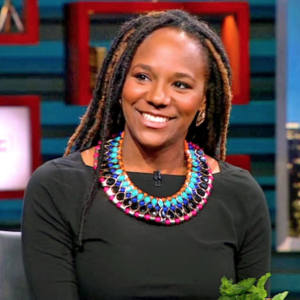 I think that his image and legacy has co-opted his legacy to a certain extent by colorblind racists who try to water down his message as though, the only thing he was speaking to is a need to look beyond skin color but that’s not really what he’s saying

We no longer discuss slavery, racism- that somehow we don’t recognize differences in how we look.  That’s not the issue.

He was always from the beginning talking about structural racism.  It was never about moving beyond a discussion of race but actually tackling the issue of race and racism head on.

…Particularly nearing the end of his life when he really started speaking to a globalist perspective of this issue and drawing connections between oppression in the south side of Chicago and sending oppressed people in Chicago off to fight poor people in other countries essentially.

Especially the messages that he was starting to speak to the end of his life, were very key to the landscape we are dealing with today.

And I think it’s important for us as African-Americans to develop international perspective and understanding of systemic racism and is not simply confined to our country; and the oppression that we face here is directly connected to the oppression of people around the world. So how do we apply that understanding to a global effort around liberation and humanity?” 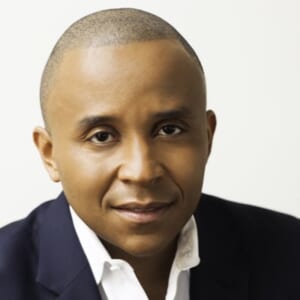 Dr. King’s legacy has been dangerously sanitized in the United States. Too often, he is incorrectly portrayed as a moderate who always turned the other cheek.

And, too often, we see opponents of today’s racial justice movements invoke this misrepresentation to attack Black activists today as too radical and aggressive.

In fact, Dr. King took the very same kinds of actions that these opponents criticize activists for taking today…

Dr. King may have advocated for nonviolence, he certainly did not preach silence, and Black activists today know that justice for our communities will not come from moderation and turning the other cheek, but rather from aggressively fighting for justice as Dr. King did.

There’s no question that the Trump era poses tremendous threats to our community and our civil rights. In challenging political moments like this one, it can be tempting to give in to despair, which makes it all the more critical for our communities to remember our powerful legacy draw inspiration from leaders like Dr. King.

Despite facing fire hoses, attack dogs, and police brutality, Dr. King’s resistance did not waiver. It only grew stronger and more vocal. Over the course of this country’s history, Black people have won huge victories for justice in the face of daunting odds time and time again and our power will help change the tide of history in this moment as well.

Throughout this nation, we’ve seen the success of Black resistance, from NFL players protesting police brutality to electing justice-minded district attorneys that we hold accountable to our communities. In 2018, we will prove once again that no matter the struggles and hardships our resistance face, we will fight back stronger, smarter, and win.

Thankfully, we’ve begun to talk at greater length about Dr. King’s radical beliefs that depart from the sanitized legacy we are often told of.
We forget his critiques of capitalism through the Poor People’s campaign, his critiques of war in his stance on Vietnam, and his admonition to stand alongside global communities as they fought poverty and western imperialism.
I also think we mischaracterize the principle of non-violence. Modern discussions of this discipline would lead people to believe non-violence is about cowardice: a meek response to supremacy that attempts to show oppressive forces ow respectable black people are. However, this couldn’t be further from the truth. The disciplined practice of non-violent direct action shines a light on just how evil oppression is.

There is much to be applied from Dr. King’s legacy for our modern work. The most important application, in my opinion, is a commitment to discipline and consistent growth.

Dr. King was well versed in multiple resistance tactics from around the world, and in community with others, thoughtfully applied them to the movement.

Moreover, he didn’t remain stagnant-he extended his definition of justice to poor and oppressed people around the world as his work developed. We must stand in solidarity with marginalized people everywhere: our freedom is bound up together. 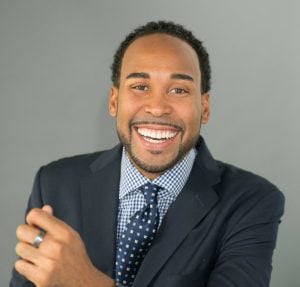 People get wrong that Dr. King was explicitly, intentionally and singularly focused on liberating black people.

I think what many of us know that I wish was more popular is that close to the time he was assassinated, he was committed to ensuring that he leveraged his time, talent and treasure to support the liberation of the folks that are often neglected and ignored; including an explicit focus on those who were impoverished…

Dr. King was thoughtful about all the ways in which institutional and systemic oppression prevented us from living up to our founding principles as a country, and serve as erecting barriers to us otherwise working together.

Dr. King was very much in the space of honoring intersectional opportunities for liberation.

If nothing else this current administration has mastered the art of messaging around distraction.

With that in mind, two things are important in terms of Dr. King’s instruction: To remain both unapologetic and intentional in centering, celebrating and advocating for, and otherwise being unrelenting and reminding people about black issues…For doubling down on highlighting the intersectional needs of people who are both racial and ethnic minorities, and sexual minorities; our needs often go ignored.

The ability for young black people, black professionals, non-privileged, non-white people to access information, translate information, communicate it to communities that are waiting and receptive to information to move, is exceptionally powerful.

…Young people who spend a whole lot of time on their phones, downloading apps that are created by non-black people, making non-black people wealthier-  my hope is that we will shift that.  And think about how it is that we leverage these tools, including our phones, media, digital media, to double down on our advocacy and civic engagement.

And continue to use these tools to hold leaders accountable and otherwise think about ways for us to run for office and put ourselves in spaces where we can be directly, accountable for and responsible to the communities that we care so much about.

Interviews have been edited and condensed for clarity.