Justin Timberlake says he and Janet Jackson made peace about Nipplegate 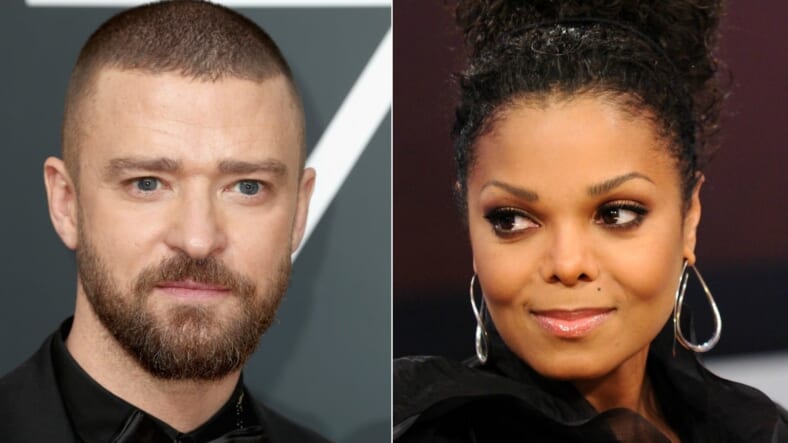 Justin Timberlake says that he and Janet Jackson have “absolutely” made peace since Nipplegate.

Back in 2004, a “wardrobe malfunction” forever changed the Super Bowl halftime show, and Jackson took most of the blame at the time. She issued an apology, but Timberlake’s reputation didn’t take nearly the same hit that hers did.

But Timberlake is coming back to the Super Bowl next month, and that has a lot of people looking back at that performance and decrying the double standard.

In a new interview with Zane Lowe, Timberlake addressed the controversy.

“I stumbled through it, to be quite honest. I had my wires crossed and it’s just something that you have to look back on and go like, ‘Okay, well you know, you can’t change what’s happened but you can move forward and learn from it,’” he said.

Timberlake added that it wouldn’t ever happen again. What’s more, he said, he and Jackson still have a good relationship despite everything.

“And I don’t know that a lot of people know that [he and Janet are on good terms]. I don’t think it’s my job to do that because you value the relationships that you do have with people,” he said.

This despite the fact that many people have accused him of letting Jackson take the heat for him and of not doing enough to defend her.

Of course, not everyone is happy about Timberlake returning to the stage. Ever since the Nipplegate controversy, there have been rumors that Jackson was blacklisted from ever coming back to the Super Bowl.

While the NFL has denied those rumors, the fact that Timberlake is back has reopened those wounds. After all, the white man is back, and the Black woman is rumored to be blacklisted. It’s a bad look.