The Emmy-winning writer of 'The Chi' explains what attracted her to Netflix's latest comedy. 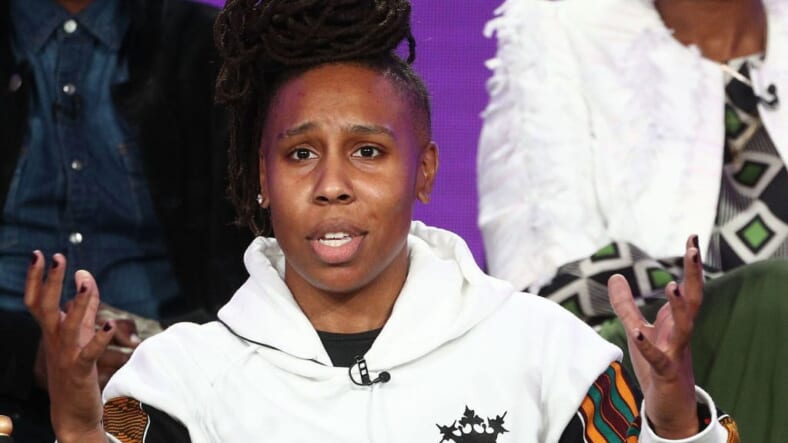 Lena Waithe is an unstoppable force in the entertainment game and 2018 is clearly going to be her year.

At 33, Lena Waithe’s already an Emmy-winning writer of a Master of None coming-out episode that garnered critical praise, and her latest series creation, The Chi, also premiered on Showtime to rave reviews.

The film, which she executive produced, debuts on Netflix on January 19 and was written by Chuck Hayward (Dear White People, Straight Outta Compton), directed by Charles Stone (Drumline) and co-produced by Ben Cory Jones (Insecure).

Step Sisters is a comedy that delivers tons of laughs while addressing several serious issues of race–from the perspective of its main character, Jamilah (played by Megalyn Echikunwoke) as she attempts to teach a white sorority how to step following a mishap that threatens her future plans. Her journey takes some unexpected turns when she realizes some hard truths about her own identity.

TheGrio spoke to the award-winning writer and actress to find out what led her to this latest project.

“Chuck Hayward has been a friend of mine for a really long time. I liked that he wanted to take on such a feminist story. I have always been a fan of dance movies and step movies and things like that but I’ve never seen women at the forefront. To me, that was extremely appealing and I just really loved the idea that he was creating a sort of new age Sister Act,” she says.

“It was like  putting a black woman in a position where she’s a little bit of a fish out of water and having to teach a group of white women how to do something that may come a little more naturally to black people. I thought it was really interesting and really cool,” she says.

For Waithe, the decision to step in as a producer on the film was a no-brainer.

“Chuck is such a funny writer and his writing always speaks to me and always makes me laugh and when he asked me to be a producer I said, ‘Sure, why not? Let’s do it,’” she says.

“I think my thing was really just making sure all of the pieces were working together. I think a producer’s job is to make sure everyone has what they need to do the best they can. Because I’m a writer first, I was big on helping to develop and making sure the tone is always on point and making sure that we were a voice for everyone and no one left the movie unscathed.”

“That’s what really appealed to me about it. I love that Chuck is someone who really enjoys poking at things and topics that aren’t really easy and aren’t the easiest conversations to have. It reminds me a little bit of School Daze in terms of the whole Greek life and calling out our community a little bit and forcing us to look at ourselves and examine some things that we do,” she explains.

“I know it’s a tough thing when you’re dealing with black Greek culture, which is always sensitive. That’s the one thing you can’t really do. You can talk about anything but don’t talk about the black Greeks. Ultimately, I hope they understand that I get it’s a sacred tradition. I totally understand that and I think that for us, it’s a wonderful way to explore race and identity and all those things.”

“I don’t think Spike Lee was trying to attack black Greeks with School Daze although some of them don’t really fuck with that movie. But to me, it was more of a metaphor and his way of showing that we as a community can sometimes get caught up with skin color,” she says. “For Chuck, I think he was pointing out that sometimes we get caught up in what we think white folks are and vice versa. When you’re submerged in a group of white folks for a while you learn that it’s not exactly what you thought. I think that was really cool and really well done.”

Several scenarios in Step Sisters forces viewers to contemplate the line between cultural appreciation and appropriation and doesn’t necessarily take a stand on where they land.

“I think that line is in the eyes of the beholder. In my opinion, I don’t like when people appropriate things about our culture without doing the research and without having any real respect or understanding of the people,” she says. “Don’t wear our clothes and say our slang and listen to our music and then don’t say anything when Trayvon Martin is killed. You can’t do that and then not stand up when our killers are let off. To me, if you’re gonna be a part of the culture, that’s a part of the culture as well. That’s my line.”