Diddy has his own reasons for staying mad about #Nipplegate 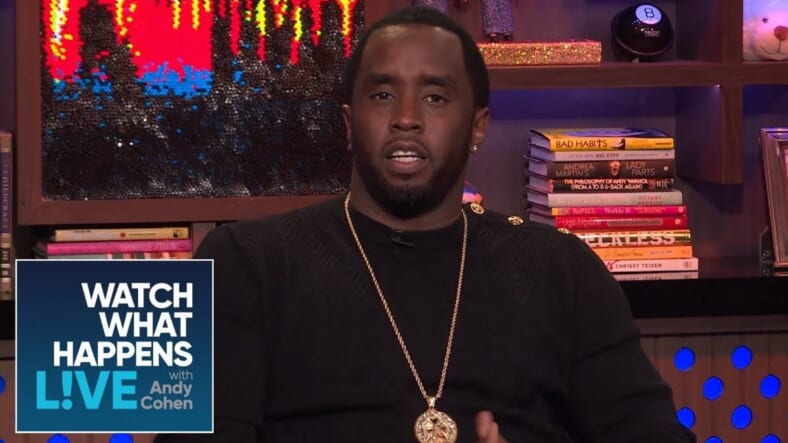 Diddy is hard at work promoting his reality competition series, The Four, and he stopped by Watch What Happens Live to share a few gems about the Carters and weighed in on #Nipplegate.

The music mogul gave props to his pal, Jay-Z, who is nominated for seven Grammys for his extremely honest album, 4:44.

“That’s what music gives you the power to do, and I think that once you’re ready to share with your fans and the world, nobody can judge you. I thought it was dope,” he said.

READ MORE: JAY-Z to be honored at 2018 GLAAD Media Awards

“I was surprised about Lemonade. I just didn’t see it coming… I think it was genius, and I think Beyonce did a great job and she tackled something that a lot of women have had to go through and also Jay on the other side,” he said.

“He did what he had to do, and most importantly, their family stayed tight and together and they were able to weather the storm. And that’s a shining example of a couple that stays together through the good and the bad.”

According to Diddy, the couple’s twins, Sir and Rumi are just as adorable as we would imagine.

“They’re gorgeous. They’re special,” he said. “It’s the perfect fusion and combination of the two, of Jay and Beyonce, and they just have a beautiful, beautiful family.”

Diddy also revealed that he’s still salty about Justin Timberlake and Janet Jackson‘s  infamous #Nipplegate scandal, but not for the reasons you may think.

“First of all I want to say that I’m still upset about that Super Bowl because I put like six months of my life into the preparations and then nobody even knew that I performed,” he said.

The ultimate Bad Boy admitted he wouldn’t be mad at a Janet cameo during the upcoming Super Bowl Halftime show.

“I think that would be great,” he said. “I’m saying it’s time to move on and I think she’s at a great place.”

The Four airs Thursdays at 8/7c on FOX.