Rancic was not quite ready for Cardi B's responses. 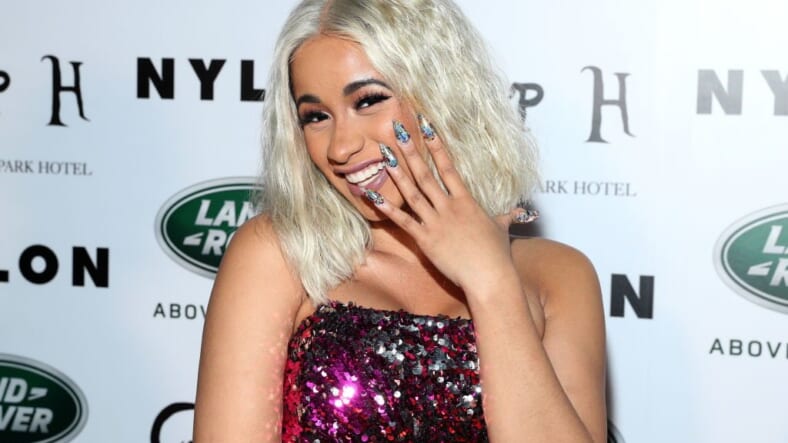 E!’s veteran on-camera personality Giuliana Rancic interviewed tons of celebrities on the Grammy red carpet this past weekend, but her interaction with Cardi B got noticeably awkward.

When Rancic asked the “Bodak Yellow” rapper if she was nervous about her nominations and performance that night, Cardi B gave an answer she wasn’t expecting. The Bronx native said “I’m feeling good. I’m feeling nervous, overwhelmed, everything. Butterflies in my stomach and vagina”

Giuliana: How are you feeling?
Cardi B: I’m feeling good. I’m feeling nervous, overwhelmed, everything. Butterflies in my stomach and vagina pic.twitter.com/I4qqLm4zXI

Rancic seemed a bit taken aback by the random mention of female genitalia, but being the professional she is, she kept going with the interview. Trying to show off her research skills, Rancic mentioned Motorsport, Cardi B’s popular collaboration with Nicki Minaj and Migos (her fiance’s rap group).

A good debate to what was more hilarious here:

Giuliana Rancic awkwardly trying to remember a Cardi B line in “Motorsport” or Cardi talking about all the blogs and rumors on her #GRAMMYs pic.twitter.com/HrBTt7wA0U

The “hip” moment didn’t last long as Rancic struggled to remember the lyric “You heard she gon’ do what from who? / That’s not a reliable source, no.” Cardi B took it all in stride as she normally does.

Shockingly, she had an even more awkward interview with Jimmy Fallon last month. The Tonight Show host was visibly flustered by the rapper, who was full of stories, laughter and interesting bird-like noises.

Fallon, who has interviewed countless celebrities on the show, was out of his depth with Cardi. He stumbled over his words quite a bit as Cardi directed the interview and batted her eyelashes to dramatic effect.

When Fallon asked about the origin of her name, she had an answer at the ready.

“My name comes from…my sister’s name is Hennessy. …So, everybody used to call be Bacardi. So, I always call myself Bacardi, right?” she explained to Fallon.

“Then it was my Instagram name – like Bacardi, Bacardi B – but for some reason, my Instagram kept getting deleted. I think it was Bacardi that had something to do with it, so I just shortened it to Cardi B.”