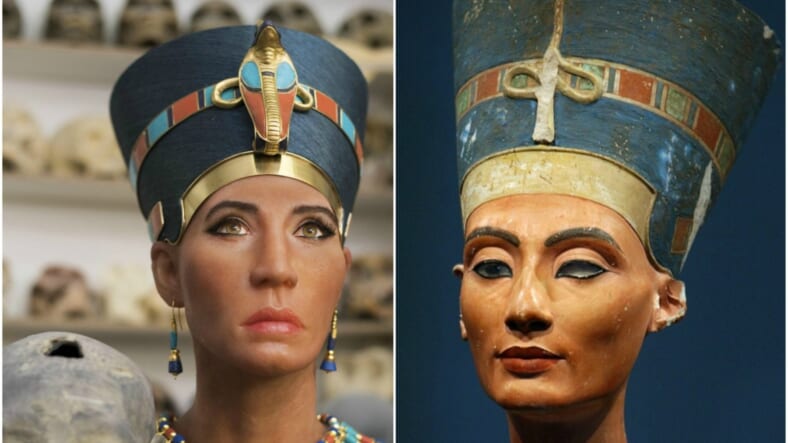 Lauded for her African beauty, Nefertiti is one of the most famous queens of ancient Egypt –which is why the TODAY show’s more Caucasian-looking reconstructed bust left many people scratching their heads.

Using preserved remains, modern technology, and painstaking artistry, a team led by Expedition Unknown‘s Josh Gates presented a reconstruction of what King Tut’s mother would have looked like in her full royal regalia.

The colorful headdress, bejeweled collar, and intricate earrings are all befitting of an Egyptian queen, but the accessories seem to be about all that was done right on the bust.

This version of Nefertiti has skin that looks freshly tanned as opposed to a skin tone of someone born with sun kissed pigment in her DNA. The rosy pink lips are in a permanent pout and the hazel eyes shimmer under the studio lights. 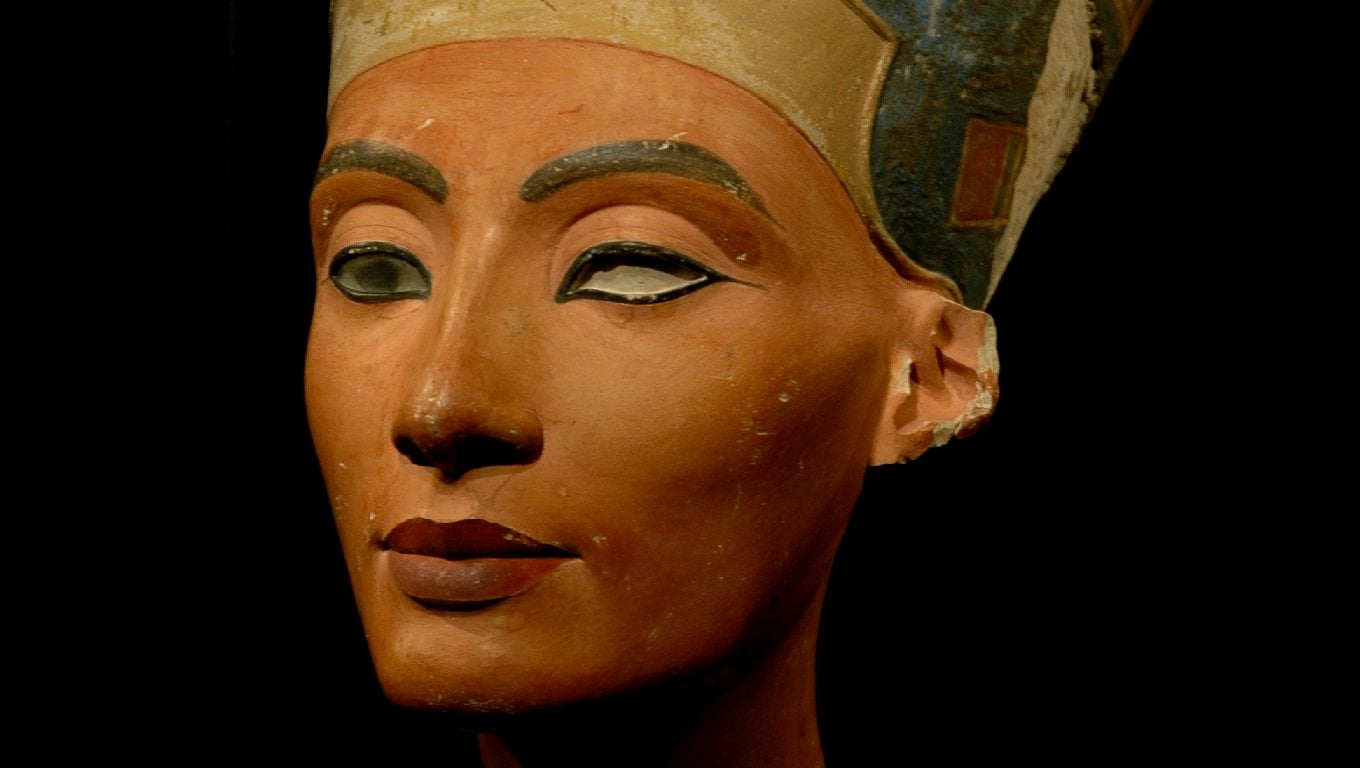 When most people think of ancient Egyptian queens, they think of elegant, powerful women with beautiful brown skin. The most famous representation of Nefertiti is a bust believed to have been made by the sculptor Thutmose around 1345 BC. That bust is housed in Germany’s Neues Museum. It shows a much browner version of Nefertiti (which probably faded over time) with slightly fuller lips painted a deep cranberry. She is beautiful and very much lives up to her name, which means “the beautiful one has come forth.”

The Nefertiti the TODAY show unveiled looks more like a white suburban mom playing dress-up for Halloween. Black Twitter agrees with that sentiment and has shown no mercy, especially during Black History Month.

Nefertiti DID NOT look like Barbra Streisand in Miami. STAHP IT, RAHN. https://t.co/9y63dQUR7I

They gon try to tell us that Nefertiti was white during the blackest month of the year.

Me seeing this white Nefertiti pic.twitter.com/lRhp2zLEAo

How come Nefertiti look like Susan from Connecticut https://t.co/OF0qSJiEfW