Songwriter finally gets credit for ‘We Shall Overcome’ 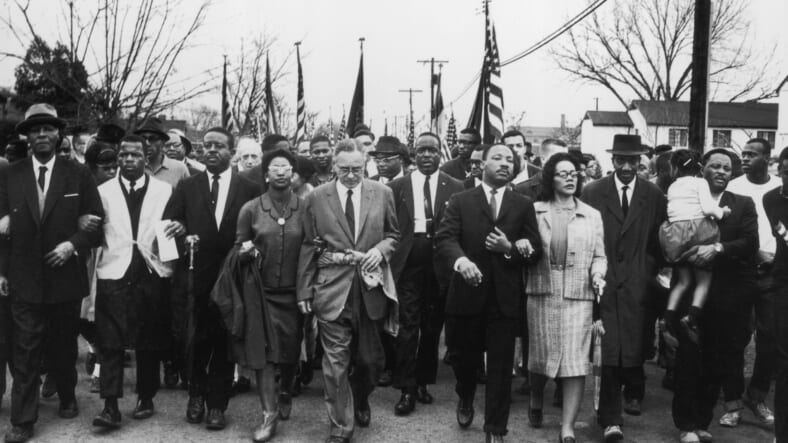 For decades, activists have tried to get Louise Shropshire the credit she deserves for the famous civil rights song popularized by Dr. Martin Luther King, Jr., “We Shall Overcome,” which has long been said to be based on a hymn that she wrote.

On January 26, those efforts finally came to fruition with a federal district court decision to place “We Shall Overcome” in the public domain, according to WSBTV. That means that not only can the historic, powerful song be used in films without a six-figure fee but also an incomplete writing credit that shut out Shropshire’s contribution can be addressed.

Ludlow Music and the Richmond Organization, publishers of “We Shall Overcome,” opted not to appeal the decision. The settlement was made over a lawsuit brought forward by Butler Films, which produced the 2013 film “The Butler,” and the We Shall Overcome Foundation, a nonprofit organization created by Isaias Gamboa.

Gamboa was a bandmate with Shropshire’s grandson, Robert A. Goins Shropshire.

“If My Jesus Wills”

Goins Shropshire, 52, said that the hymn “If My Jesus Wills,” written by his grandmother is likely the source for Pete Seeger’s anthem and was written “to comfort her own broken heart.”

“It was not written to be harnessed or controlled. I think her hope would be for people to use it and never have to pay for it again,” he said.

The words to Shropshire’s hymn, which Seeger likely heard being sung in the 1940s by tobacco workers, are:

If my Jesus wills,

The lyrics of Seeger’s “We Shall Overcome” include:

We shall overcome, someday.

Oh, deep in my heart,

We shall overcome, someday.

John Morris Russell, conductor of the Cincinnati Pops Orchestra, said that “If My Jesus Wills” was the “most important piece of music ever composed in Cincinnati.”

“‘If My Jesus Wills,’ by Louise Shropshire, has the essence,” he said, “the core of the great worldwide anthem ‘We Shall Overcome.’ In her use of the words, phrasing, melodic fragments, it’s central to this extraordinary anthem.”

And now, it seems that Shropshire has finally received the recognition she so richly deserves.