EXCLUSIVE: Storm Reid on ‘A Wrinkle In Time’ role and what she learned from Ava and Oprah 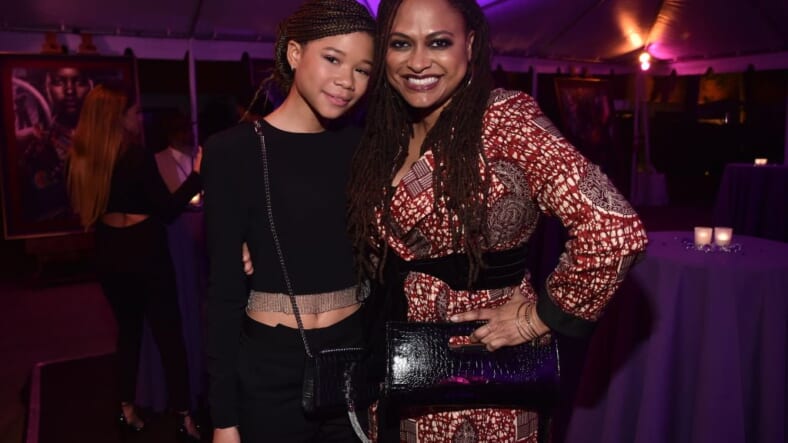 Storm Reid is a force to be reckoned with.

The 14-year-old actress is set to star in the upcoming film, A Wrinkle In Time, and the world isn’t ready for what she’s going to unleash in the highly anticipated film.

Ava DuVernay is at the helm of the film, based on the 2003 novel by Madeline L’Engle, that features an all-star cast including Oprah Winfrey, Gugu Mbatha-Raw, and Mindy Kaling, among others.

READ MORE: EXCLUSIVE: Kim Kimble On The #BlackGirlMagic Behind ‘A Wrinkle In Time’

When we sat down with famed celebrity hairstylist Kim Kimble, she couldn’t stop raving about Reid’s performance in the Disney flick that’s due out on March 9.

“The new generation of talent on this film is incredible. Working with Storm [Reid] was a real privilege too,” says Kimble. “She’s the new kid on the block but she’s the lead of this movie. Everyone is going to freak out when they see her performance. She’s young and she’s black and she’s talented and this is just the beginning for her.”

We caught up with the talented teen at the ninth annual AAFCA Awards in Los Angles on Wednesday night to find out all about her huge role, how she’s handling stardom, and what she learned from her incredible crew of costars.

The actress also opened up about appearing in Jay-Z’s star-studded “Family Feud” video, also directed by DuVernay. While she loved working on the video, she was a bit bummed that she didn’t get to meet Hov’s wife, Beyonce, during the shoot.

According to director Ava DuVernay, this girl is the real deal and we will be talking about her for years to come.

“She’s the future,” she said at the NAACP Image Awards.

Check out the full interview with Storm Reid: