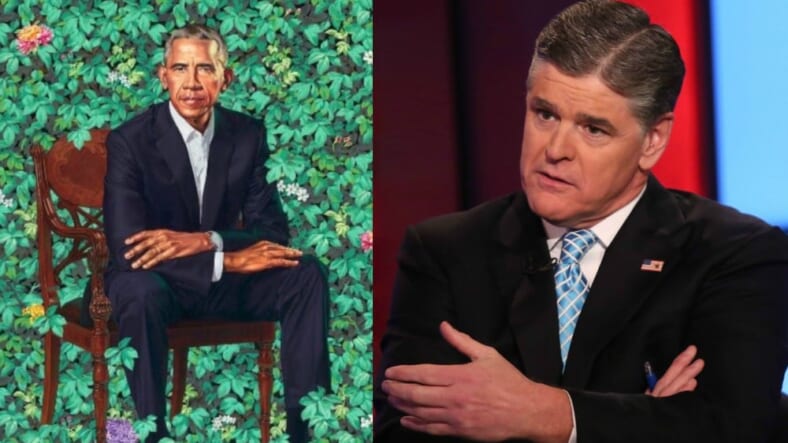 Sean Hannity and other right-wing conservatives are calling out President Barack Obama‘s presidential portrait, accusing the painting of having hidden perversion.

In a blog post published on Tuesday and subsequently deleted on Tuesday, the Fox News anchor’s staff reports that “industry insiders” believe Kehinde Wiley secretly placed concealed images of sperm throughout his painting. 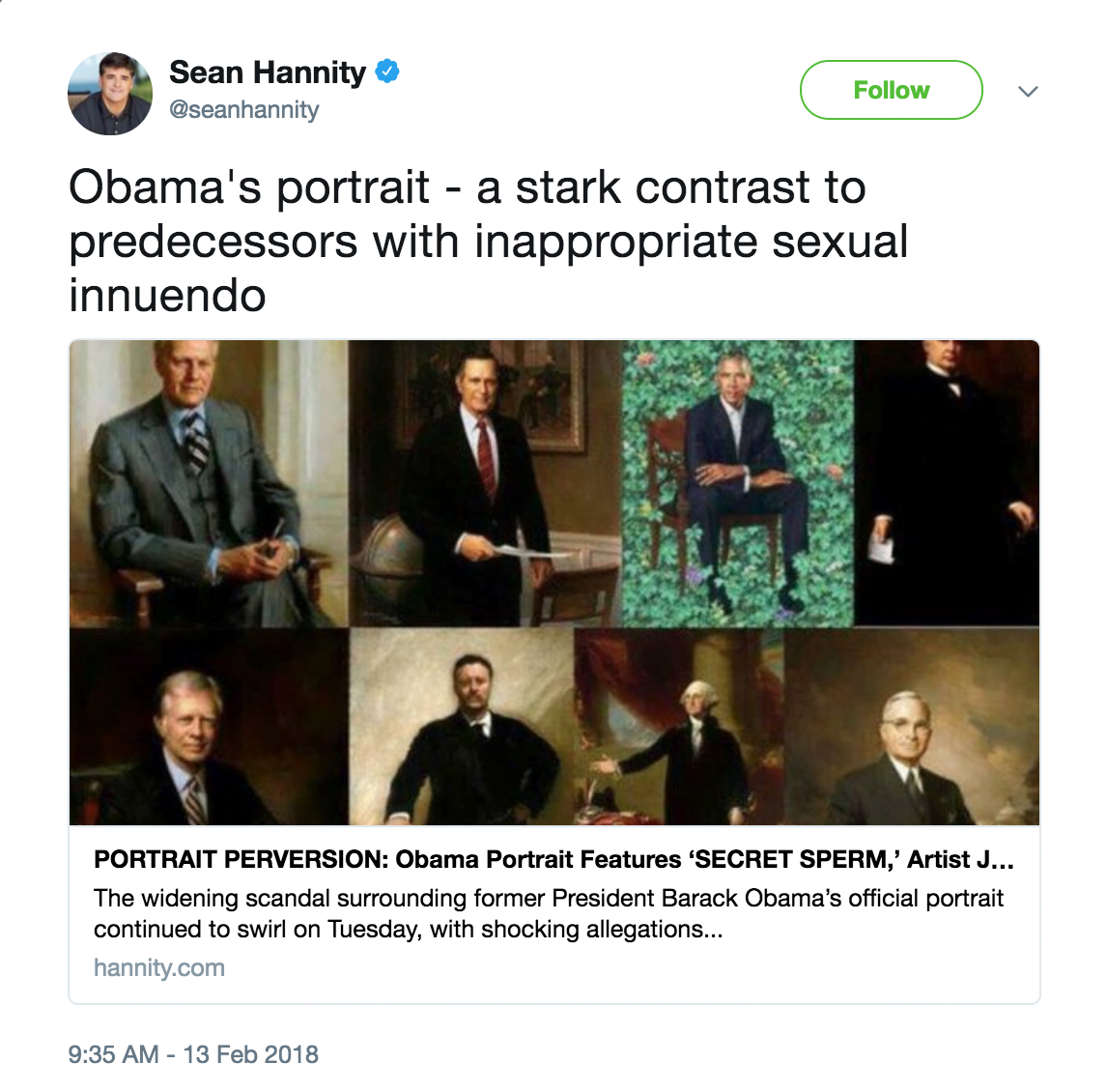 “Controversy surrounding Kehinde Wiley’s wildly non-traditional portrait of the Commander-in-Chief broke out within minutes of its unveiling; with industry insiders claiming the artist secretly inserted his trademark technique -concealing images of sperm within his paintings,” the post reads.

Hannity’s blog post also brings up comments Wiley made in 2012 about a provocative art piece he painted of a Black woman beheading a white woman. “It’s sort of a play on the ‘kill whitey’ thing,” he told New York Magazine.

The attacks on Obama’s portrait have been ongoing since going public. While most of America was captivated by former President Barack Obama and First Lady Michelle Obama‘s recently unveiled presidential portraits at the National Gallery, some right-wing and racist online users have used it as an opportunity to spread hate.

You don’t have to search far before coming across racist and misogynistic attacks aimed at the Obamas on Twitter, with some comparing the political couple to monkey (no surprise there), among other racist undertones.

In one photoshopped version of Barack Obama’s portrait, a user claims to have “fixed” it by portraying the former president behind bars. Another manipulated Michelle Obama’s face in not so flattering ways. Others are so grotesque it’s almost disbelieving.

Sean Hannity has released an official statement regarding the Obama portrait post:

“Earlier today my web staff posted content that was not reviewed by me before publication. It does not reflect my voice and message and, therefore, I had it taken down.”