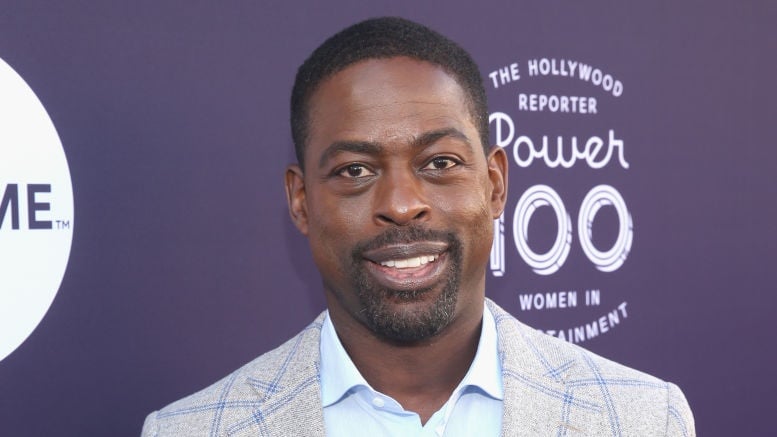 If you haven’t seen Sterling K. Brown in many things and are used to seeing him as Randall Pearson on This Is Us, you are going to be pleasantly surprised when you see him in Black Panther. It’s a small role but it’s about as far from Randall as he could get.

Not much was released about the character Sterling K. Brown plays in Black Panther and fans have been guessing up a storm.

— ‘Black Panther’ earned $25.2 million on first night in theaters and is poised to break records —

What we know is he is one of many new characters being introduced to the Marvel Cinematic Universe. His role has been kept especially secret which only makes fans more desperate for details.

The most Brown has revealed about the role was to GQ and he said, “His name is N’jobu. He is a character from T’Challa’s past, and I think, without losing any limbs on my body, that’s all I can say.”

You’d think he would be used to keeping secrets, after all, Jack’s death on This Is Us was kept hush-hush until the last moment and even then, it wasn’t what anyone was expecting. Still, Brown said to the LA Times, “Being in a Marvel film is the pinnacle of secrecy training.”

Without spoiling any parts of the movie for readers, the most that can be said is that it isn’t “a huge part” according to Sterling K. Brown. That said, he added, “I’m happy with my part.”

While he couldn’t say much about the character he is playing, he was able to talk about how he got the part in the first place. He said that he actively campaigned to get a role in the movie during a meeting with producer Nate Moore.

“I said, ‘Listen, I’ve been practicing my Wakanda. I know you’ve already got the titular characters taken care of, but how can I be down? Because man, it’s a black superhero,” he said. “It’s huge.”

He went on to say that making Black Panther was like stepping into another world entirely.

“Just being at base camp, and you see about 24 trailers lined up, one after the other, and each, slowly but surely, a black face comes out of each one of them,” Brown said in an interview with The Hollywood Reporter. “And they get to set to shoot with a black director, [Ryan] Coogler, and a black producer, Nate Moore. To see this level of production with all these black faces? It will bring me to tears right now.”