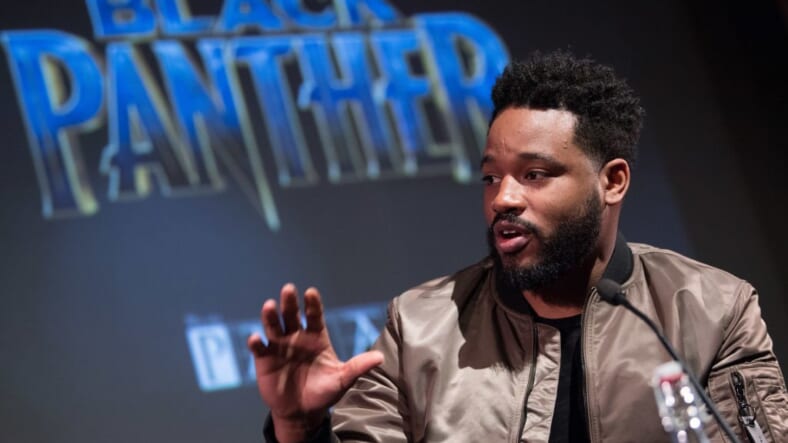 If Ryan Coogler isn’t your favorite director by now, then you just haven’t been paying attention.

The 31-year-old breakout Marvel director is coming off of creating one of Hollywood’s highest-grossing debuts capturing an estimated $500 million globally in less than a week. But Ryan Coolger has certainly paid his dues.

In an in-depth conversation with NPR, Coogler detailed that it wasn’t until college that he really began to hone his skill for writing and cinematography.

As a student athlete immersed in football—and with dreams of being a doctor— he took a creative writing class at Saint Mary’s College. For one assignment, he detailed a traumatic event in his life in which his father nearly bled to death as he held him in his arms. His professor called him in to her office and told him how deeply she was moved by not only by this event in his life, but his use of words, use of imagery, use of emotion. She told Coogler to consider screenwriting.

After Saint Mary’s cancelled their football program, Coogler to transfered to Sacramento State where another professor convinced him to transfer to USC film school. “It was either go there or play wide receiver,” said Coogler. ”I was short, my prospects weren’t the highest, so I jumped off that cliff and drove to L.A.”

OnceRyan Coogler arrived in Los Angeles he said he had nowhere to go. He lived in his car and created his first series of short films with the only tools and equipment he had.

The first of that series, Fig, was based on the true story of a prostitute who desperately sought to change her life for her betterment of her daughter.

The murder of Oscar Grant by Oakland transit police came during his second semester. Being from Oakland himself, Coogler felt he had a calling to tell Grant’s story.

–One hater learned the hard way that Michael B. Jordan’s Twitter clapback game is strong–

The critically acclaimed Fruitvale Station was made on a $900,000 budget and has gone on to gross over $16 million. At only 27-years-old, Coogler won several festivals and films awards from Sundance to the New York Film Critics Circle Awards.

Following Coogler’s indie success, Sylvester Stallone tapped him to helm a franchise-name film, Creed, which was a spin-off from the blockbuster Rocky series.

After destroying the global box office opening weekend with the release of Black Panther, Michael B. Jordan and Ryan Coogler will team up again for their fourth movie together.

Tackling the 2009 Atlanta schools testing scandal, one of the most infamous school cheating scandals in the country, the movie titled, Wrong Answer will be directed by Coogler.

The script for Wrong Answer is being written by celebrated author Ta-Nehisi Coates.

And they’re not done.  According to the Source, Jordan and Coolger plan on joining forces once again to make a movie about Mansa Musa, a very influential African ruler and emperor of the Mali Empire during the fourteenth century.