Common called out the NRA perfectly during Oscar performance 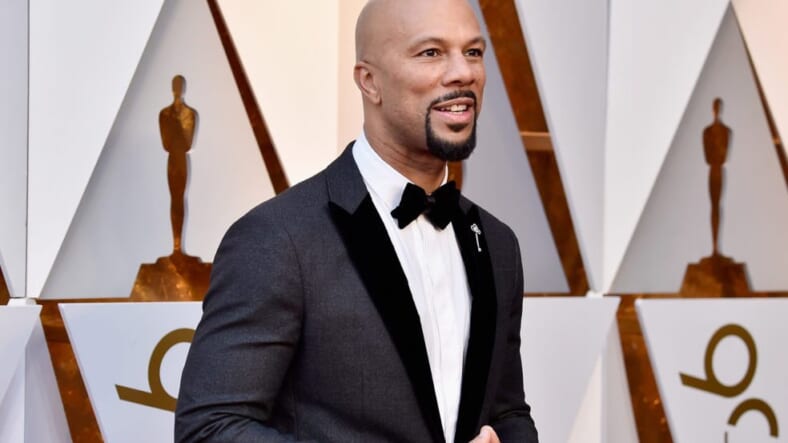 Common knew that he had all eyes on him during his Oscar performance, so he made sure his message was clear.

On Sunday, Common performed “Stand Up for Something,” from Marshall, an original song that he and Andra Day created with Diane Warren. And during the performance, Common called out the NRA and took jabs at the ongoing immigration debate.

“On Oscar night, this is the dream. We tell a land where dreamers live and freedom dwells, immigrants get the benefits. We put up monuments for the feminists, tell the NRA they in God’s way,” Common rapped.

“Much love to all the heroes that joined Andra Day + I on stage,” Common tweeted after the performance.

Common secured his second Academy Award for Best Original Song at Sunday night’s Oscars for the movie Marshall, but it wasn’t enough to take home the statue.

Unfortunately he lost in to Kristen Anderson-Lopez and Robert Lopez won the Academy Award for best original song for “Remember Me” from the film Coco.

It’s the team’s second Oscar in this category. They won for their work in Frozen.

“I really want to look at this category of incredible nominated songwriters tonight. Not only are we diverse, but we are close to 50/50 for gender representation,” Kristen Anderson-Lopez said in her acceptance speech.

“When you look — when you look at a category like ours, it helps us imagine a world where all the categories look like this one.”

Common told Forbes in 2015 what winning an Oscar meant to him.

“I mean, it’s the highest achievement that I’ve gotten award-wise in my life up to this time. I think it’s because the Oscar is such a prestigious and elegant award; it has such an untouchable feeling. When you think about the highest award, the award that’s most revered, it’s the Oscar–it’s an Academy Award.

“And you gotta think, the Oscars are an award that other artists nominate you for: directors vote, actors vote, musicians vote, directors of photography vote; it’s dope, it’s great to get that.”