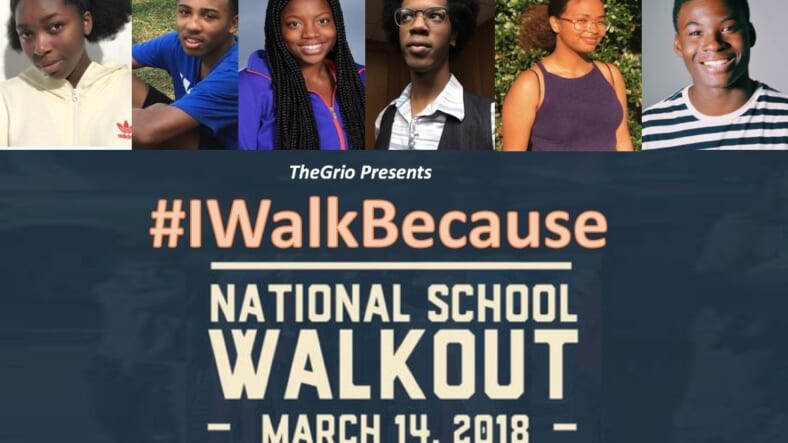 TheGrio reached out to African-American teens across the country to share their thoughts on the aftermath of the Parkland massacre, the gun control debate and why they are participating in the national school walkouts. Channing Russell is a senior at The Pingry School in Basking Ridge, NJ.

As a kid, I never really asked about my father’s cases. I knew he was a defense attorney and I knew he had to deal with some fairly heavy cases, but I never bothered to ask. I remember him telling me once, when I was about eight or nine years old, how serious the cases were. Many were violent and wrought with injury or even death, primarily at the hands of guns.

Ever since then, I’ve been particularly wary of guns because of the damage they can do, not just physical damage, but also the emotional toll it can take on the families affected by the gun violence or even someone like my father.

As a Black man in America, dealing with guns can get rather tricky. On one hand, the constitution gives us the right to bear arms for self-defense. On the other hand, even the illusion of holding a firearm as a black person can get you killed.

Take the late Philando Castile, who was shot seven times by a police officer for appearing to reach for a gun during a “routine” traffic stop. In actuality, Philando Castile was reaching for his ID. As a Black man, I have always been taught to never “give the police a reason to shoot.”

No matter how much preparation one gets, nothing can prepare you for the tragic events of Parkland, Florida—at least not with our current gun laws. School shootings, and mass shootings in general, have become disturbingly common in America. Something needs to be done immediately about the accessibility of guns, the type of people who are able to own them, and what type of guns are allowed to be possessed by civilians.

In my opinion, there is no reason for a person to own an AR-15. Background checks have to more thoroughly check for mental illness and there should be a written test and waiting period for perspective gun owners. My school is organizing a march for gun reform later this year. I hope to participate in this upcoming to march so I can assist in the change I want to see.

READ MORE FROM OUR SPECIAL SERIES:

Walking out for Peace: “Instead of focusing on my education I worry about my life”

Walking out for Family: “Hopefully my uncle’s passing serves as inspiration for gun reform”

Walking out for Safety: After being shot at for refusing a man’s advances this teen is fighting for change

Walking out for Trans Students: “I’m hyper vigilant because I want to make sure I don’t get shot”