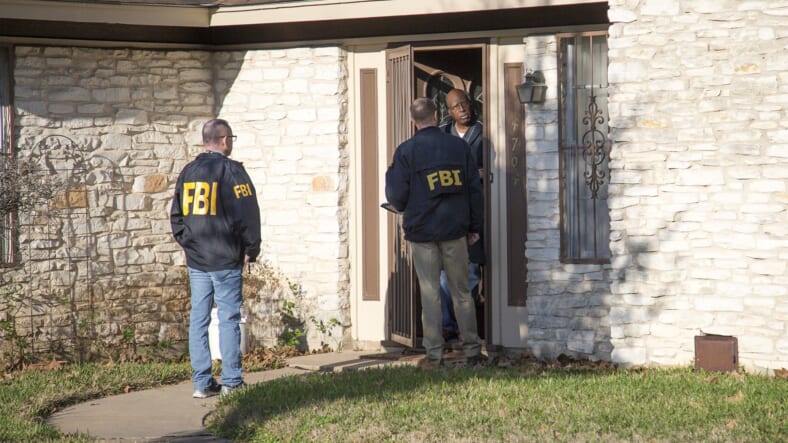 Authorities are investigating the scene in East Austin, Texas, after a teenager was killed and a woman was injured in the second Austin package explosion in the past two weeks Monday, March 12, 2018. Authorities say a package that exploded inside of an Austin home on Monday is believed to be linked to a deadly package sent to another home in Texas' capital city earlier this month. (Ricardo B. Brazziell/Austin American-Statesman via AP)

But police say the deadly killer did not give a clear motive about why he chose to terrorize communities of color.

According to 11Alive, Conditt died in his car as police were closing in on him. He detonated a bomb inside his vehicle and blew himself up.

Police are learning more about the man who his family describes as mysterious and surrounded by “darkness.” SWAT teams did an incredible job linking Conditt to the bombings and thanks to video surveillance at Fed Ex, they were able to lock their target on Conditt as he was trying to mail two more explosives.

Authorities report that the video confession from the Austin bomber details how he made the seven bombs and offered key clues to investigators. Conduitt blew himself up when police and SWAT swarmed his car and say they have recovered all seven bombs.

Austin Police Chief Bryan Manley said the recording from the Austin bomber represents “the outcry of a very challenged young man.” His comments have sparked outrage because of his refusal to call Conditt a terrorist or call the bombing a hate crime after the attacks appeared to target minority families. However, the New York Daily News reports that Conditt may have benefitted from online Al-Qaeda bomb-making tutorials.

Police reportedly searched Conditt’s home and found a “considerable amount” of bomb making materials. They are still exploring whether Conditt worked alone or with an accomplice.

Some of Conditt’s family members issued a statement.

“We are devastated and broken at the news that our family could be involved in such an awful way. We had no idea of the darkness that Mark must have been in. Our family is a normal family in every way. We love, we pray, and we try to inspire and serve others. Right now our prayers are for those families that have lost loved ones, for those impacted in any way, and for the soul of our Mark.”

Anthony Stephan House, the first victim, was a family man and loving father to an eight-year-old daughter before his life was tragically cut short by a package bomb.

Esperanza Herrera, a 75-year-old Hispanic woman suffered potentially fatal injuries and was rushed to the hospital.

—Walking out for Safety: After being shot at for refusing a man’s advances this teen is fighting for change—

Police identified Draylen Mason as the 17-year-old musician that was killed in a second attack.

The Violin Channel reports that Draylen Mason was an honor roll bass student at the East Austin College Prep. Mason was also a member of the Interlochen Center for the Arts, the Austin Youth Orchestra and the Austin Soundwaves.