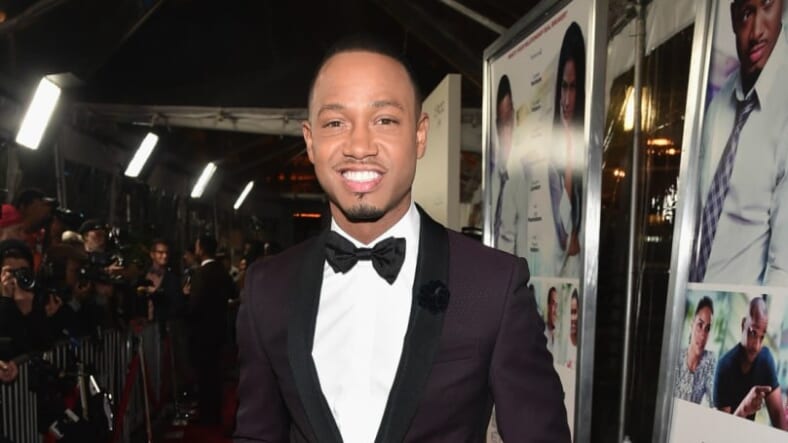 Inspired by the likes of media moguls, Oprah Winfrey and Steve Harvey, Jenkins first garnered fame as one of the hosts for BET’S 106 n Park. Since then, the 35-year old has created a career that has allowed him to pursue his passions and achieve significant success.

During a recent interview with theGrio, Jenkins spoke about being a part of the current landscape of Black folks in the entertainment industry who are witnessing a new renaissance in Hollywood and why it’s important for him to create opportunities for other people of color.

“Everytime I see Lena Waithe do something or Issa Rae, or Donald Glover or Michael B. Jordan, it’s motivating and inspiring, he says. “There’s a sense of pride. We’re just at a really good place where Black Panther is the #1 comic book movie of all time. I remember when I auditioned for the first Spiderman, back when Tobey Maguire was in it. I remember all the conversations that Black people don’t open films overseas because our audiences don’t translate.”

“Before we did the first Think Like a Man, it had been a drought of romantic comedies with people who look like me,” said Jenkins. “So, all these things that are happening over the last 10 years, it’s all a sense of pride. I think when we look 10 years from now, especially 20 and 50 years down the line, all of the work that is being put in, I think people will look at it as a time of renaissance.”

“I think it will affect how overall diversity and inclusion and all those conversations will change from the work that’s being done now. The way that we are represented on the screen today and the way that people view us will completely change how people are hired in jobs and how people are treated. I think it will definitely have a positive effect.”

Part of growing in the entertainment industry is becoming your own boss. After years of being a host and hired talent, Jenkins started his own entertainment group, Jenkins Entertainment Group. It not only gives him the creative freedom around making shows and movies, it also allows him to create opportunities for people of color.

“It’s probably the most important [thing] for me to provide opportunities, and to set up shows and to increase diversity, express Jenkins. “When I was younger… in my early 20s… there weren’t a ton of shows and a ton of content where you see people that look like us in leadership positions, especially young. So, now that I’m in a position to be a producer, and hire, it’s the utmost responsibility to make sure that there are opportunities for young people to shine.”

Jenkins also touched on the importance of starting his career at a Black network and how HBCU’S shaped him into the man that he is today.

“If I could’ve went back and started my career and did something on any other network vs. BET, I would never do that,” said Jenkins. ”I’m happy that I started at a Black network. It’s just certain things you learn and once you tapped into us and tapped into the culture, you can go anywhere.”

“I feel the same about HBCU’S. Once you have that base and that  foundation, its carried me a lifetime. All of my friends , my business partners…one way or the other it all finds a way to trickle back to Omega Psi Phi or to my time at A&T. I meet people that went to Howard or Spelman or FAMU; I do a bunch of films with Will Packer, whos another HBCU alum.

“It just always comes full circle because when you go to a HBCU we just have a really unique experience that’s culturally us,” explained Jenkins. I feel like that’s connected me to so many people that has been able to helped me along my path. That’s why I’m so passionate about going back to HBCU’s to do the same for others.”

Outside of working on scripted projects and new movies, Jenkins is also the host and one of the executive producers of MTV’s comedy game show Safeword, which has been renewed for a second season.