Can any good come out of this circus? 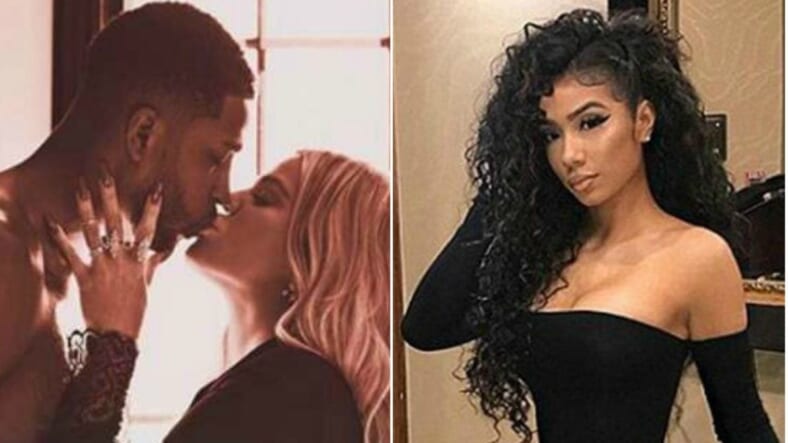 Tristan Thompson threw social media into a tizzy earlier this week when several videos were released showing him getting intimate with several women—none of them named Khloe Kardashian, the mother-to-be of his second child.

While most of the women have remained relatively anonymous, numerous media outlets have identified Lani Blair as the woman Thompson was getting kissy faced with in a New York night club over the weekend and who was also seen entering a hotel with him.

But perhaps you’re like me and not glued to every Kardashian scandal. In this age of social media it is virtually impossible to outright avoid stories that dominate headlines, but it is possible to find the bits of those stories that relate to other parts of the world.

Let me show you how this salacious pop culture moment has taken a rather circuitous route to highlighting an important issue.

Not Quite a Stripper

Some headlines have erroneously referred to Lani Blair as a stripper, but that’s not quite accurate. She does work at a strip club in Queens, she just doesn’t work the pole. Blair is technically classified as a bartender—a bartender in skimpy outfits, but a bartender none the less. Her work has been characterized as someone who (wo)mans the bar, but also dances for money without stripping.

As Jezebel points out, that puts Blair in this grey area that those in the stripper industry do not appreciate. The strippers in New York feel that an in-between job like Blair’s “siphons money from dancers and creates an unfair hierarchy that privileges the performers who are doing the least of any of the women employed.”

Additionally, unlike pole workers, bartender/dancers like Blair don’t have to pay a  stage fee since they never step onto one.

A 29-year-old stripper named Gizelle Marie organized the #NYCStripperStrike last year to address issues like that and other important topics that impact the health, safety, and financial well-being of strippers.

The catalyst for her activism work was the response she got from a couple social media posts she created griping about the downsides of stripping work.

“I took it upon myself to speak out on behalf of the dancers who don’t speak out because they feel like management doesn’t listen to them. Dancers started telling me about issues that are deeper than what people even expect to hear,” she said in an interview.

The next day, Gizelle Marie created #NYCStripperStrike. Her work has galvanized dancers all over the city and even the country. Strippers have withheld their services until they receive their demands. The results vary widely, but the significance is in the fact that the fight for fair treatment for a segment of the population that many people look down upon, was put at the forefront.

Interestingly enough, this absurd, complicated cheating scandal with Khloe Kardashian, Tristan Thompson, Lani Blair and whoever else, could possibly be the unintentional spark for renewed interest in this important discussion about women’s rights.

In fact, it’s more closely tied to Black women’s rights in particular because many of the complaints involved in the #NYCStripperStrike have revolved around mistreatment due to colorism and racism.

Will the #NYCStripperStrike get re-energized from this scandal?