EXCLUSIVE: Taylor Russell on bringing #BlackGirlMagic to ‘Lost in Space’

The actress is breathing new life into an old character. 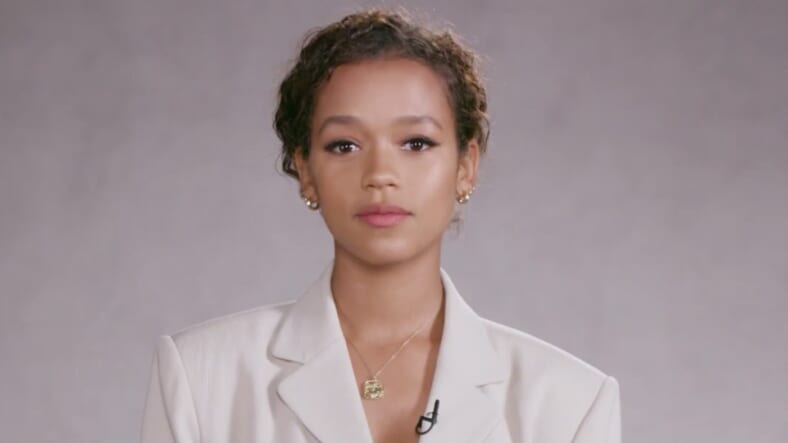 Taylor Russell is in the Netflix reboot of Lost in Space. (Netflix)

Taylor Russell may not be on your radar yet, but she will be soon.

The 23-year-old actress is currently starring as Judy Robinson in Lost in Space, Netflix’s reboot of the classic sci-fi series and she’s breathing new life in to an old favorite.

“The role was appealing to me in so many ways. When I read the pilot, I loved the adventure and the dynamic between the Robinsons and how complicated it was. It wasn’t a perfect family in space,” said Russell. “They were relatable and I love the tone of the show. I knew I would get to act against the green screen and that has always been a dream of mine,” she told TheGrio in an exclusive interview.

“I hope people like me and I hope girls can see themselves in my character and see something they can relate to. I know there are not a lot of women of color who are in the sci-fi genre and I feel really lucky that they chose me to hold that position on our show.”

Russell was just as impacted by the success of Black Panther and A Wrinkle In Time as we all were and she’s aware that her role is another example of Black girls breaking in to sci-fi, a genre that has been pretty closed off to us for decades.

“I watched ‘Black Panther‘ and I got shivers because I love what Letitia [Wright] did in that movie. The great thing about Meg in ‘A Wrinkle In Time’ and Shuri in ‘Black Panther’ is that none of them are stereotypes of what a Black girl supposedly is because we’re in space and in sci-fi and in worlds where there aren’t labels of what Black girls should and shouldn’t be,” she said.

“Because there are no stereotypes of being “sassy” or whatever box society puts us in now, we have this beautiful space where we’re able to be anything. I love seeing girls who are funny and strong and smart being celebrated. I love seeing more girls like that represented on TV and in movies. It’s a huge honor for me and I don’t take it lightly. It holds a really big place in my heart.”

READ MORE: Jasmin Savoy Brown on ‘For The People’ role, colorism, and her #MeToo moment

Her definition of Black

Russell grew up in Canada and experienced racism and colorism differently depending on what part of the country she was living in at the time.

“I grew up in Vancouver which is beautiful but very Caucasian. When I moved to Toronto there were a lot more Black and mixed people. I have always had people who wanted to touch my hair and Black girls not accepting me because I’m too light-skinned to fit in with them and white girls who rejected me because I was different than them too,” said Russell.

“A lot of identity issues come from that and I dealt with identity issues growing up because I didn’t grow up with my dad’s side of the family. My dad is Black and my mom is white and we grew up mostly with her side,” she explained.

READ MORE: The Age of Cardi B and Tiffany Haddish: Why it’s time to let go of ‘Respectability Politics’

“It can be so confusing and I think race in Canada is so different than it is in America. It’s complicated and in Hollywood, I have had some instances where people said things like I’m ‘too tropical.’ I don’t even know what that means or what they were trying to say with that critique, but that just made me laugh because it made no sense. Other people have said things about my hair and that gets me angry. This is what I look like and people need to understand that we have natural curls. Not every Black girl or mixed girl has straight hair. Actually, none of us do. We all get it straightened if it looks straight. It would be very rare to find a black person with completely straight hair.”

When it comes to auditioning, Russell says she’s not interested in being typecast because of her skin color.

“I want to be cast because I’m the right person for the job, not because I fit with what they’re looking for someone to look like. I hope roles like this come up more often for Black women and when people see you a certain way, you get cast in more roles that are similar. I hope I continue to get roles that represent strong, smart, powerful girls.”