Now on house arrest, Bill Cosby can only leave his home for these two reasons

Find out why he's allowed to leave the compound. 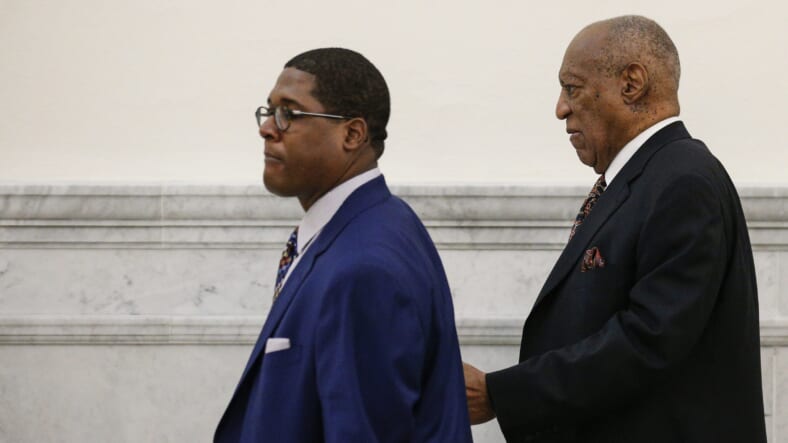 On Friday, the terms of the house arrest agreement for Bill Cosby was made clear by a judge who said that the convicted sexual predator can in fact leave his home, but only for two reasons, reports Time.

In the next 60 to 90 days, Cosby will be sentenced for the three counts of aggravated indecent assault he was found guilty of and reports indicate that those charges come with a 5- to 10-year possible sentence and a $25,000 fine.

The 80-year-old’s ailing medical condition and blindness qualifies him to leave the confines of his home to go to doctor’s visits or to meet with his legal team, Judge Steven O’Neill said.

Donio said an average person with no previous record would likely get a five-year sentence.

However, Donio’s opinion differs from what state guidelines indicates which is that the three counts carry a maximum penalty of 10 years in prison. For an 80-year-old Cosby this means that he won’t be released until he’s 90 years old.

According to Donio, Cosby’s attorneys will likely argue that he’s an ailing, blind man which will lead to him having a jail assessment. They will likely fight for house arrest or probation.

Donio said if he does get a light sentence, he’ll serve it at the Montgomery County Correctional Facility in Eagleville, Pa. For a lengthier sentence he’ll serve it in the state prison system, according to Brian Zeiger, a Pennsylvania defense attorney.

Cosby is not behind bars just yet. The judge has ordered a tracking device to be worn. He’s home on $1 million bail.