Serena Williams talks candidly about fears for her daughter: ‘I’ve been body shamed since I’ve been in the public eye’ 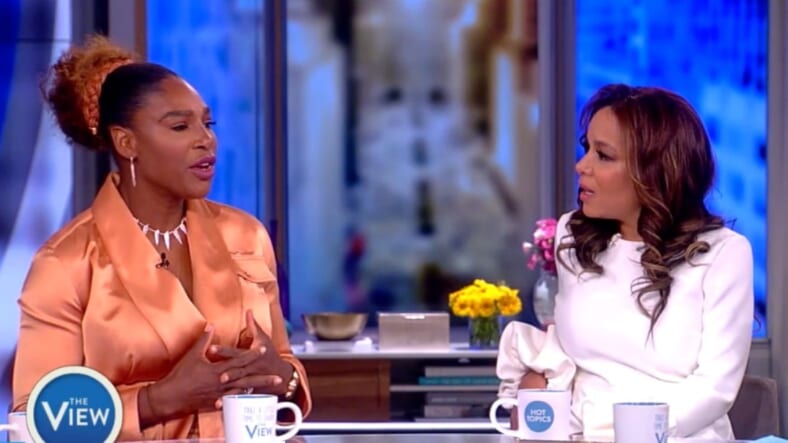 Serena Williams will be celebrating her first Mother’s Day in a few weeks, and today, she talks with the ladies of The View about motherhood, body confidence and her upcoming documentary, “Being Serena.”

In an exclusive clip, Williams says she’s apprehensive about what things her daughter may be scrutinized about, especially since she had a hard time overcoming body image issues. Williams wrote an open letter to her mom about body image with a deeper understanding and appreciative for what it takes to guide a Black girl with magic to greatness.

“Looking at my daughter and looking at my mom and how she went through the negative of myself and my body, I don’t know how she did it,” Williams admits.

Her daughter Alexis Jr, she said, has the same “strong arms and legs” as she does, and she’s anxious about what negatively she might be faced with.

“I don’t know how I would react if she has to go through what I’ve gone through since I was a 15-year-olds and even to this day,” said Williams.

Host Sunny Hostin asked, “What did you mean by that?”

Williams replied: “I’ve been body shamed basically since I’ve been in the public eye.”

The tennis icon said once she got in the public, she no longer liked the way she looked and it took her years to come to grips with loving herself.

But in the end, she admits: “My body is creating all these opportunities for me and I wouldn’t have it any other way.”

Williams recently made her comeback on the tennis court, and now we’ll get a behind-the-scenes look into what she was up to in a new HBO Being Serena docuseries.

—Dear Black Men: You cannot and will not cancel Issa Rae for telling her truth—

Williams’ life has changed tremendoulsy and the series plans to take us on a journey into her life from the birth of her baby girl Alexis Ohanian Jr. to becoming a new wife to Reddit co-founder Alexis Ohanian.

Despite the immense changes in her life, including welcoming the baby and marrying Ohanian in November 2017, the 23-time Grand Slam champion makes it clear that she’s not done with the sport.

Check out the clip!

Watch Serena’s candid interview with the ladies of The View at 11 EST/10 Central on ABC.