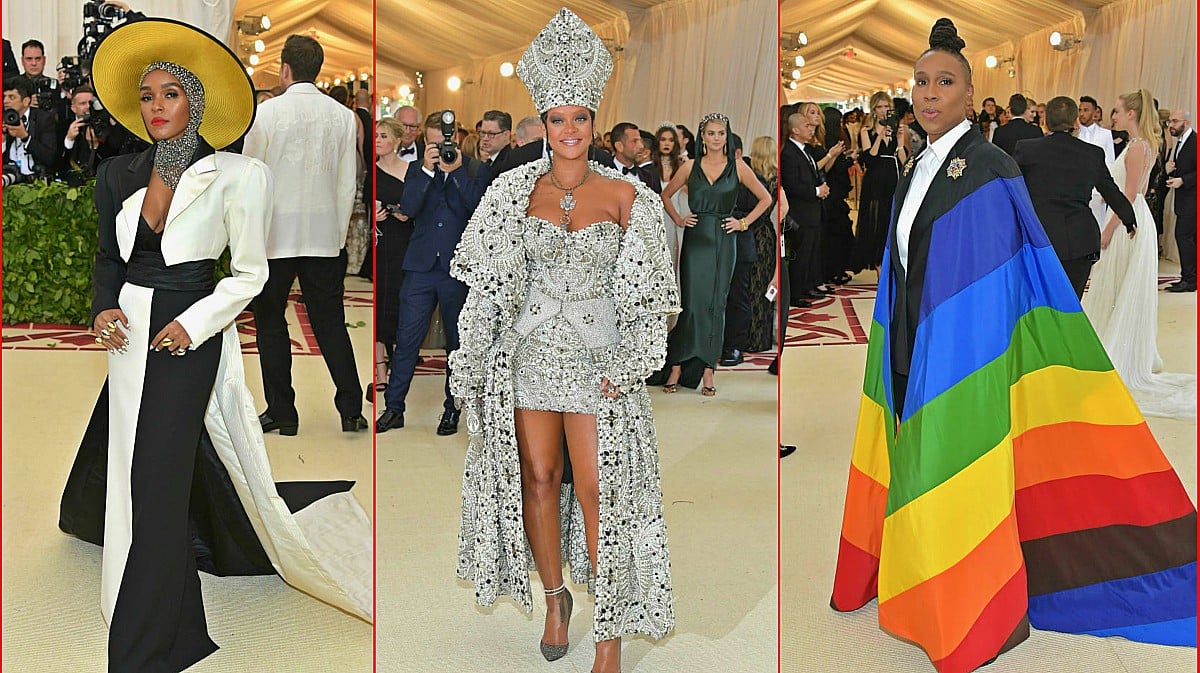 For fashion’s biggest night, the stars will come out in full force at the invitation of Vogue’s editor-in-chief Anna Wintour. The Met Gala 2018 will be co-hosted this year by Rihanna, Amal Clooney and Donatella Versace.

This year’s Metropolitan Museum of Art’s Costume Institute exhibit theme is, “Heavenly Bodies: Fashion and the Catholic Imagination.” According to Harper’s Bazaar, the “Heavenly Bodies” exhibition even received the official stamp of approval from the Vatican. The groundbreaking exhibit will feature over 150 designer pieces and will also include 50 garments and accessories loaned from the Vatican. Other brands featured include Dolce & Gabbana, Versace, both of which have a history of using religious undertones in their designs, and Chanel and Valentino.

That all sounds nice, but the head-turning magic is coming straight from tonight’s star-studded red carpet!

Check out some of the boldest looks from this year’s amazing event.