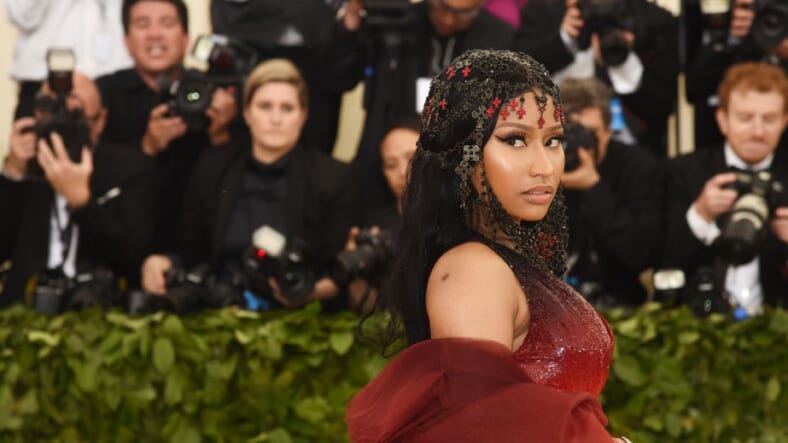 Nicki Minaj returned as a musical guest on Saturday Night Live for the third time but this time, her “Chun-Li” performance has raised eyebrows with many saying Minaj is blatantly appropriating the Asian culture.

While Minaj will likely argue that her performance was cultural appreciation rather than appropriation, still she caught criticism as she hit the SNL stage in full Chinese attire and surrounded by Asian dancers, reports Pitchfork. The set was designed to look like an Asian-style pavilion.

Knew this was coming, but Nicki Minaj on #SNL should just stop appropriating Asian culture and skip the Orientalism. pic.twitter.com/qaujyCF31R

“Knew this was coming, but Nicki Minaj on #SNL should just stop appropriating Asian culture and skip the Orientalism.”
Others threw support behind Minaj saying that Chun Li is based on a Street Fighter game character:

“Omg chunli is a cartoon character. But if you got time let’s discuss the hair stores y’all own. How many of y’all actually know wtf y’all selling and how it works ?”
“Chun-Li was the first female playable character in a fighting game and remains one of the most popular characters,” says Angella Austin, senior PR manager for Street Fighter developer Capcom.

Minaj performed the song from her upcoming Queen album.
She also took part in a SNL skit that was cut for time called “Friendship” where she vowed to beat up a girl bothering her bestie. She appeared with Tina Fey, Kate McKinnon and Aidy Bryant.
“I’ll rip up her life, yo get the knife / Because you’re low-key my wife, you’re my bitch for life,” Minaj rapped in her cameo. “You’re a 10, she a 2, life sucks for her / Let’s punch her in her face and take her jewels / It’s May, we don’t play with them April fools.”

For her second performance, Minaj and Playboi Carti performed “Poke It Out”.
This was SNL’s season finale and included guest appearances by Jerry Seinfeld, Benedict Cumberbatch, and Tracy Morgan.