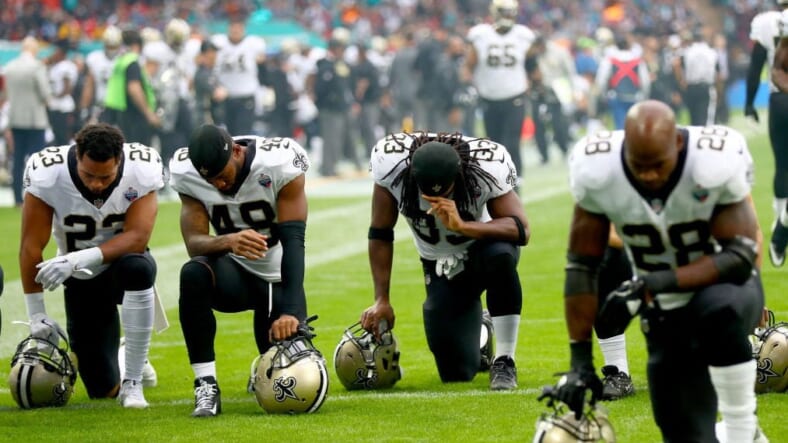 Reaction to NFL owners new policy requiring all players on the field to stand during the National Anthem will definitely remain widespread, contentious and another season-long defining debate.

While some players feel their constitutional rights as American is being violated, there are those who stand in alignment with President Donald Trump. He not only supports the owners’ decision to fine teams, he believes any player who does not stand proudly for the National Anthem “shouldn’t be in the country” at all.

One former NFL player who hopes the league and its players can find some equal footing is former University of Michigan safety Julius Curry, who after college, played professionally for the Chicago Bears, Detroit Lions and Green Bay Packers during his five-year career. Curry went on to become the first African American to become an owner in the mostly-white NASCAR Craftsman Truck Series.

Curry spoke exclusively to theGrio.com about where he stands on the issue that has befuddled the league for nearly two-years.

I don’t see this topic ending anytime soon. Rules are rules, but what seems to have been forgotten is why some players were kneeling and raising their fists (during the National Anthem) in the first place?

Colin Kaepernick took a knee to call attention to police brutality and an unfair criminal justice system towards African Americans, but his message calling for social justice, equality and ending racism got turned  around into him and other players disrespecting the American flag and the national anthem.

The players aren’t trying to disrespect our flag or our country, but they can’t ignore injustice any longer either. I understand both sides, as I was taught to believe that whatever culture you are around, you should try to respect it. At the same time, I understand that my culture isn’t always respected, and sometimes you have to respond. 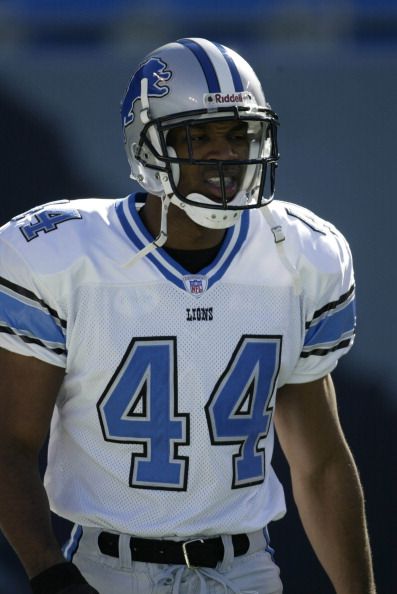 Julius Curry formally of the Detroit Lions during the Lions 20-14 loss to the Carolina Panthers at Ericsson Stadium in Charlotte, NC. (Photo by Bob Leverone/Sporting News via Getty Images)

The NFL plans to fine players who don’t stand on the field while the national anthem plays this season. I understand that 100 percent, as players can also choose to stay in the locker room if they don’t want to stand on the field. But, I know that some players will take their own stand, either by kneeling or doing something else to express their social responsibility.

Look, every player who gets fined, the bottom line is that their money will go to charity, so it’s not like it’s going to waste. The money will eventually go to the community in some form. I wouldn’t be surprised if some players kneel on purpose and pay the fines because one, they get to create a platform for their cause and two, they get to give the money to their favorite organization. Maybe this can be a win-win situation in the end for everybody.

Curry went on to become the first African American to become an owner in the mostly-white NASCAR Craftsman Truck Series.

What’s going to be interesting is if the players want their fines to specifically go towards a a charity that represents their cause. I’ll be very curious to see if that discussion comes up.

During my playing days, I was so focused on playing and winning. When I was playing in college at Michigan, after the 9/11 attacks, we stood during the anthem and when I was in the NFL, I stood and used that time to say my prayers. Some players kneeled even back then, but it wasn’t for the reason like it is today.

That was a different period and times change.

Is this new NFL policy about standing for the anthem going to help or hurt the league? Good question. We’ll see how it’s going to turn out this year. Ask me again in four-to-six months from now. I hope it turns into something positive. Only time will tell.

Terry Collins is a West Coast-based journalist. You can find him on Twitter @terryscollins.