Our hearts go out to rapper Pusha T and his upcoming album, the latest victims of West’s descent into awfulness. 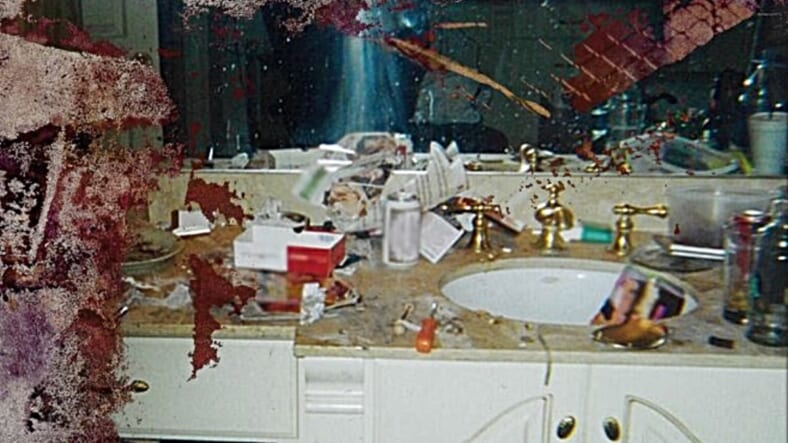 That Internet anointing some of y’all tried to put on the artist formerly known as Kanye West clearly didn’t work.

Despite your prayers, tweets, hand wringing and actual arguments that he is a twisted marketing genius, West has once again proven he doesn’t care a thing about the beautiful obsidian life force we call The Culture or any of us who are a part of it.

His latest offense lies broadly in a crowded mind field of offenses that now also includes denigrating our enslaved ancestors. West has the nerve to use an image of the deceased Whitney Houston’s drug paraphernalia-laden bathroom as the album cover art for G.O.O.D. music artist (and known snowman) Pusha T.

Yes, you read that correctly. No need to adjust your screens or double check whether this is an Onion article.

The creative choice for the upcoming, “Daytona” album (which drops on May 25) was revealed by Pusha T himself during an interview with veteran radio host Angie Martinez. The Clipse co-founder shared that West, who contacted him about the decision in the wee hours of the night, reportedly paid about $85,000 out of pocket for a grainy image of Houston’s bathroom, circa 2006. Sleuths that they are, TMZ conducted a careful analysis to reveal what we’re actually looking at are “a crack-smoking pipe, spoons, white powder, and booze.”

I’ll defer to the gossip gurus’ judgement on the paraphernalia as my closest brush with drugs is the occasional “The Wire” re-runs and binge-watching “Snowfall.”

Regardless, West’s jaw-dropping rationale for this act is “this is what people need to see to go along with this music.”

Me when I saw the Pusha T album cover pic.twitter.com/gg7nlbJF2K

Since Kanye Got Whitney Houston’s Bathroom As Pusha T Cover, Somebody Use The Bathroom Kim Kardashian Got Robbed In As An Album Cover

Um, no. Matter of fact, hell no. There is no need to disrespect the late, great Houston any further, particularly given that she drowned in 2012 due to years of drug addiction and was found to have cocaine in her system at the time of her death. West himself should be more sensitive to her plight, for as my younger sister Kozi points out, didn’t he recently reveal his own struggle with opioid addiction?

And most importantly, what on Earth does Pusha T, or his music, have to do with this saddening scene? Probably about as much as West has to do with sanity.

It’s clear that the Chicago-bred MC and self-appointed super-talent is grasping at straws for attention, adulation, astonishment or a mixture of all three. But his decision to drag Pusha T into his public breakdown is regrettable.

There are many other ways to communicate hopelessness, addiction, death, decay, drug use or whatever the hell this image and this music is being leveraged to convey. Instead, by using a fellow celebrity (and actual icon’s) real-life struggles to make a statement, West actually reveals the ugliness within himself.

This album cover confirms that West might indeed be morphing into hip-hop’s own Dorian Gray, slowly decomposing from within, but only now making it obvious through an image.

Take a listen to the full interview with Martinez below:

Kyra Kyles is a multiplatform media executive, author, and speaker on media diversity. In addition to her 20-plus years as a journalist, including a tenure as Editor-in-Chief of EBONY, the Chicago-based co-founder of Myth Lab Entertainment is a filmmaker who co-produced/wrote/directed “Human Resources Season 2: Cubicle Creepshow,” a Web series that explores what happens when workplace horror stories meet monster movieclassics. Follow Kyra @thekylesfiles on Instagram, Facebook, and Twitter.