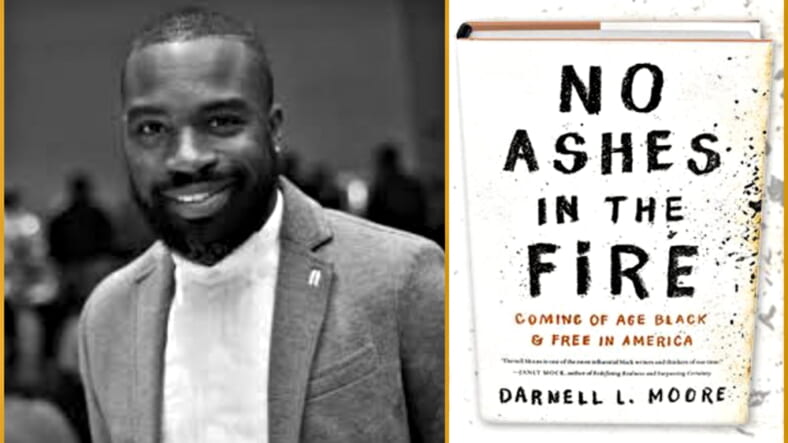 Author and activist Darnell Moore’s new book, “No Ashes in the Fire: Coming of Age Black and Free in America” drops on May 29, 2018 (Courtesy of Darnell Moore)
Award-winning writer and Black Lives Matter activist, Darnell Moore, knows a thing or two about the true meaning of survival.

When he was a teen, Moore was bullied to the point where his life was put in jeopardy because other young men thought he was gay. He has spent the last three decades coming to terms with that incident and other moments from his childhood that made him the type of person who amplifies the voice of the voiceless and advocates for those who continue to suffer in silence.

Now, in his first book, “No Ashes In The Fire:Coming of Age Black and Free In America,” Moore shares his coming-of-age story as a young, Black man full of hopes and dreams who is fighting the forces of despair and destruction while growing up in Camden, NJ.
In a candid conversation with theGrio, Moore explains why he wrote such a personal tale about family, radical Black love, and triumph.

George Johnson: “No Ashes in the Fire” is such an amazing eye-catching title. Tell us what into that name choice and what it means to you?

Darnell Moore: The title came to me as I was conceptualizing the book. It references an incident that I write about in chapter three when I was jumped by several neighborhood boys. They doused me with gasoline and tried to light a match. The title is a reference to that moment—a metaphor about survival amid violence. Black people, Black queer and trans people, are often violated and encounter “fires” in our lives. Some of us survive, bearing the scars, but some of us don’t make it out alive. It’s also a critique of the fire starters, if you will, which is to say the people and institutions inflicting harm. And a reminder that not all of us are so magical that we are strong enough to always survive the onslaught of structural, ideological, spiritual and physical violence. It’s a testament about collective strength and power.

George Johnson: Your book has been praised by the likes of Janet Mock, Jericho Brown, Dream Hampton, belle hooks and many others. What does that mean to have your story resonate with so many different demographics and communities?

Darnell Moore: As I wrote the book, I imagined a 16-year-old Black queer boy or girl, or gender-nonconforming person, from the “hood” as my audience. I was writing to youth, or young adults, who, like me, may have needed a book that affirmed their existences. I’m often shocked, and grateful, when people who don’t fit that description write me to share the ways the book spoke to them, which really speaks to the power of personal narrative, of the expansiveness of Black literature. When stories are written well, that is, when the writer writes from the heart and if we don’t lie, as Ta-Nehisi Coates once cautioned about writing memoir, people from a variety of social location can identify with the humanistic element of the story.

George Johnson: You’ve been an activist and journalist for many years, often referred to as one of the founders of the Black Lives Matter movement. Why do feel now is the right time to tell your powerful story.

Darnell Moore: I don’t identify myself as a “founder” of the BLM movement. Movements come to be by way of a broad and collective push for transformative justice. I was fortunate to work with Alicia Garza, Patrisse Cullors, and Opal Tometti, and some others, to develop the infrastructure for the BLM Global Network.

Secondly, I’ll admit, I didn’t want to write a memoir. I thought that memoir gave the appearance of grandiosity and narcissism, and I didn’t feel like I did enough in my life to share my story. I falsely conceived memoir as a genre that only a certain type of person can write. I was wrong (chuckles)…memoir isn’t a genre that serves as a testament to one’s success, but a composite of one’s life story. It is what is possible, as textual art, when you paint the picture of one’s lived experiences, the textures of one’s life.

I wanted to write a book steeped in cultural criticism, headier, absent of the “I,” but then I realized that criticism and analysis are just as subjective as the more obvious objectivity of memoir. My initial readers, like my agent, editor, and friends, encouraged me to build upon the personal narratives—to use those stories as a bridge to new insights. I don’t know if it was a moment of divine clarity, but I thought I might have something to offer.

George Johnson: In the chapter you’ve called, “Unbecoming,” you talk about the moment when you contemplated taking your own life, an issue we deal with when discussing suicide rates of Black boys in our community. Why did you feel it was important to share this intimate detail of your life and with how you managed depression? 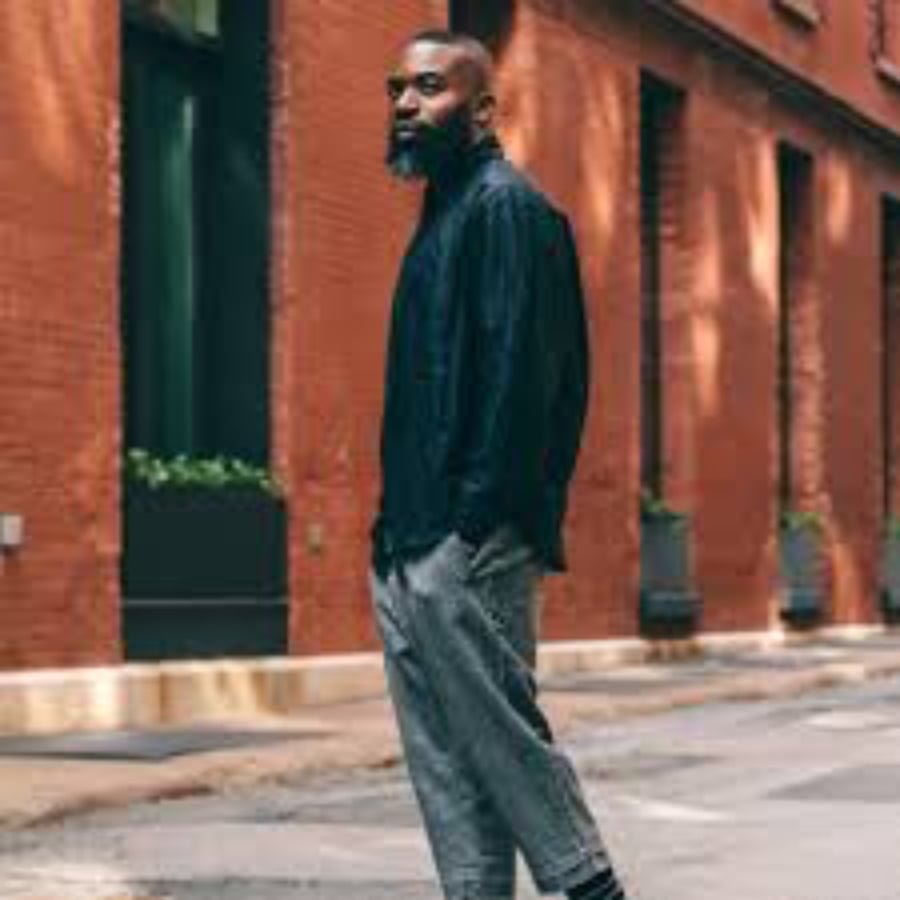 Darnell Moore has positioned himself as one of the leading voices in the Black queer movement.

Darnell Moore: Mental health struggles are real for so many of us. I provided some examples from my own life, so that readers who need it might be encouraged to seek support. I want readers who have, or are, facing similar struggles to know they are not alone. I also wanted to let people get a sense of the type of toll depression can take on the spirit/mind/body.

George Johnson: Who is your dream person to interview you about the book?

Darnell Moore: A dream person…Frank Ocean. Frank is a poet and a philosopher and he’s sharp. Part of me would like to talk to a Black queer or trans person who is using art to stretch people’s imaginations and helping people to think critically. Someone who can look at the beauty that is present in our fires, who understands the power of literature.

George Johnson: What are you hoping to leave readers with once they finish your book?

Darnell Moore: I actually don’t know if I have ONE, but I want readers to know that radical love is always present as we fight to create a more loving Black future.

George Johnson:  If you were in an elevator with Beyoncé or Oprah and had 30 seconds to explain your book, what would you say:

Darnell Moore: Shit. I wouldn’t be able to get any words out of my mouth.

“No Ashes In The Fire: Coming of Age Black and Free In America,” is published by Nation Books and will hit bookshelves nationwide on May 29.