Quad’s Divorce Drama: 5 things to know about the ‘Married to Medicine’ mess

The 'Married To Medicine' stars' divorce is getting ugly. 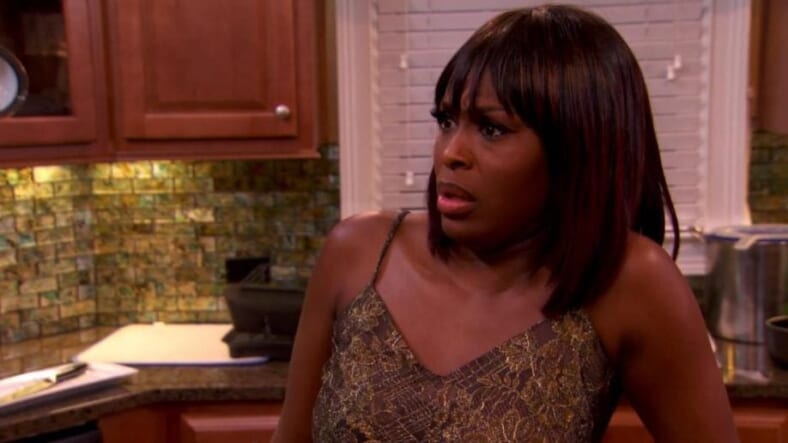 Married To Medicine star, Quad Webb (Lunceford) is splitting from her husband, Dr. Greg and things are getting pretty nasty.

Here are 5 things to know about the reality stars’ divorce drama:

It was a long time coming. When we sat down with Quad Webb in December, she told our reporter, Cherise Nicole, that fans would likely be surprised by what’s to come. She revealed that divorce was likely on the horizon even though she was trying to work things out with her M.D. man. “I’m definitely not gonna be a person who is unhappy. Divorce is very tough, but there’s nothing that’s more important to me than my happiness,” she said.

Babies were likely a factor. While fans of the show know that the couple has been struggling for a while, it seemed the main issue was Quad’s refusal to have children. During an exclusive interview with TheGrio, she opened up about her reasons for waiting to start a family and it sounds like her reservations were warranted.

“I desperately would love one day to have at least one child. Max being two,” she said in January. “But it would be unfair for me to bring a child into this world in a household where we’re not seeing eye to eye.”

According to Quad, she’s wasn’t willing to bring a baby into a troubled union. “I want my child to be emotionally stable and have the best outlook on love and marriage. Right now, my husband and I have to really work out some things before we can even consider that.”

The tried to work on their marriage. “We’ve done marital counseling and the minute that the counselor wanted to address some things with him he continued to deflect to me so she became very frustrated,” Quad told us. “Essentially, we got kicked out of counseling. She couldn’t see him. She got that frustrated. My husband is passive aggressive. It was very challenging for him to take a look in the mirror and see what she was saying.”

Somebody cheated. Webb filed for divorce on May 1 and court  documents obtained by StraightFromTheA reveal that she’s accusing her husband of infidelity, among other things. Dr. G was reportedly caught in a hotel room with another woman. “I really don’t think there is anything in this world that would make me sacrifice my happiness. Not a job, not a friendship, not a marriage. It’s just unfair. Life is very short-lived and it should be filled with love, joy and happiness. Not stress and anguish and misery,” Quad said.

Splitting up the stuff. According to reports, Quad Webb cleaned out the home she shared with her husband on May 14 and snatched up most of their marital property…even the furniture, the washer and dryer, dining room set, light fixtures, and two televisions. Dr. Greg says some of the items she took were his before they tied the knot. He has filed court documents demanding their things be returned and he wants Quad to pick up the tab for his legal fees.