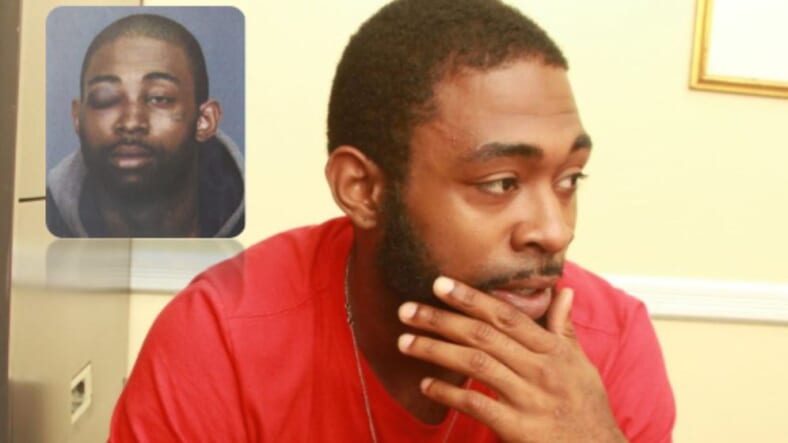 The NYPD has to pay a man $3 million after he sued them for assault following a custody dispute with his estranged girlfriend.

Thomas Jennings said his ex-girlfriend attacked him when he picked his son up from daycare. When he called police for help, they started beating and punching him despite the fact that Jennings had visitation papers, reports the Daily News.

“The jury didn’t believe a word the officers had to say, all of them,” said his lawyer Amy Rameau.

“They fabricated evidence in order to gain an advantage in my client’s prosecution.”

Jennings is the son of a former cop and said:

“I don’t have no problems with police officers,” Jennings told the News. “I have so much love for them because my father was a cop. You have good cops but you also have some bad ones out there. They were supposed to be there for me, to help me.

“I just don’t understand how things like this happen to innocent people.”

Jennings said when he picked his 7-year-old son Levi up from daycare, the mother attacked him and struck him in the head. He said he initiated the police call to get help, said Rameau.

“He sucker punched my client, with a tremendous amount of force,” Rameau said.

Building surveillance video proved that Jennings was beaten and dragged. He was charged with criminal contempt and assaulting a police officer but the charges were later dropped.

On Friday, the jury awarded Jennings $3 million, $2.5 million of it in punitive damages, reports the Daily News.

And Jennings isn’t done. There is another pending case from 2015 that shows him on video in a bodega getting beat and assaulted by police who alleged that he stole two slices of pizza and oregano.

The charges were dropped but Rameau said Jennings has a pending lawsuit. Rameau said that only means “both of the claims are true and supported by solid evidence.”