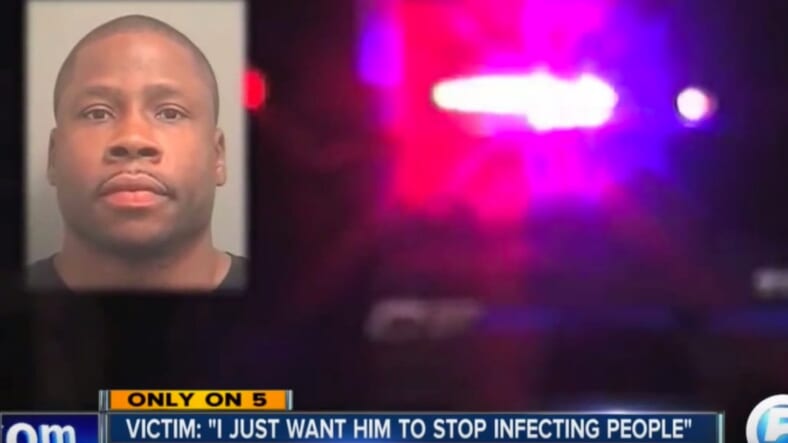 A former police officer will spend eight years in prison for not disclosing his HIV diagnosis to his longtime girlfriend. Back in April, Ervans Saintclair was found guilty by a Palm Beach County jury of a first-degree felony charge called “uninformed HIV infected sexual intercourse,” reports the Sun-Sentinel. On Wednesday, Saintclair was sentenced to eight years in prison.

“Police officers are supposed to uphold the law,” said Judge Samantha Schosberg Feuer. “She could have contracted HIV and died.”

Thankfully, the 40-year-old victim has tested negative for the disease. She did, however, testify that while dating Saintclair from 2010 to 2013, he never revealed his HIV diagnosis despite engaging in unprotected sex.

Saintclair’s defense attorney Ade Griffin argued that the former Greenacres city cop was unaware of his HIV diagnosis. He chose not to testify before the jury.

Prosecutors Michelle White and Brianna Coakley argued otherwise, saying that Saintclair learned about his HIV diagnosis in April 2007. “That’s an absurd argument,” White said. “Of course he knew he had HIV.”

“An investigation of Saintclair began in 2014, after Saintclair’s ex-wife contacted the Palm Beach County Sheriff’s Office with a complaint,” as reported by the Sun-Sentinel. “She said Saintclair told her about the HIV only after they had sex numerous times, reports show. Investigators said they could not bring charges concerning her claim because too many years had passed.

At the time, she also spoke with West Palm Beach news station WPTV.

But the former wife then provided the names of several women she said were intimate with Saintclair more recently. That led to the charges.”