The sweet life sometimes has a bitter aftertaste. 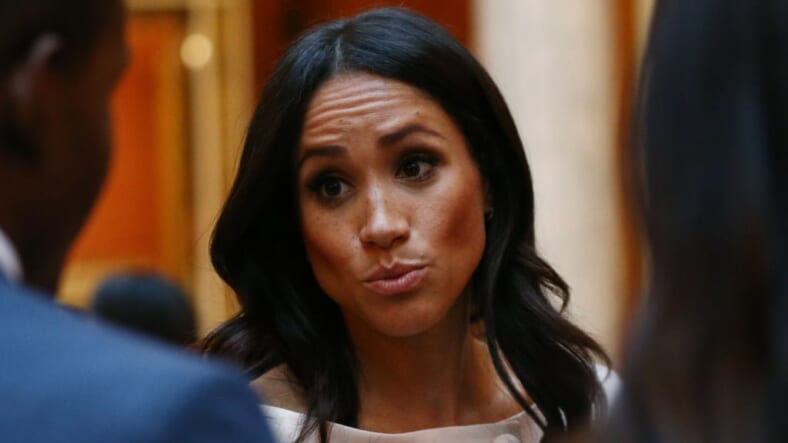 The Duchess of Sussex, formally know as the actress called Meghan Markle‘s life may seem like a modern day fairytale, but there are some serious (and at times bizarre) drawbacks to marrying into one of the most famous royal families to ever exist.

Simply put, life as she previously knew it is over.

While she may have new found global recognition and will never have to worry about money ever again, everything from the color of her nail polish to when (and what) she eats will forever be in accordance with strict Windsor guidelines.

Being a Royal essentially means a life of service to the British monarchy and a very ordered but highly scrutinized existence, filled with what most Americans would consider arbitrary rules of etiquette.

Here  are just five (of the many, many, many) things Duchess Meghan now has to obsess over as long as she stays married to Prince Harry.

1. No longer allowed to eat garlic or shelfish

At 91, Queen Elizabeth II of England is the longest-serving monarch in British history. And after having celebrated 65 years on the throne there is one thing her staff knows she hates and forbids to be served to her, or anyone around her.

To most people with taste buds a life without garlic would seem ridiculous and downright depressing, particularly to a foodie like Meghan, whose previously said one of favorite dishes on the planet is “Filipino-style chicken adobo” – a savory dish full of garlicy goodness.

“We can never serve anything with garlic or too much onions,” Darren McGrady, the royal chef at Buckingham Palace, told the Express. “The Queen would never have garlic on the menu.”

Meghan and the other Royals are also forbidden from eating shellfish when traveling abroad, due to safety concerns. The heightened risk of getting food poisoning with seafood has led to it being removed altogether from travel menus in order to prevent from getting sick while away from home.

2. No selfies or autographs

During her first official appearance with Prince Harry, Meghan broke the news to a couple in Nottingham that she’s no longer allowed to take photos with fans and admirers.

“We’re not allowed to do selfies,” she reportedly told the pair.

The rule was created to encourage people to make eye contact and have real conversations with royals, instead of turning their backs to them (a royal faux pas) to take a selfie.

“Turning your back to the Duke and Duchess and taking a selfie is discouraged if at all possible,” Jennifer Gehmair, Royal Family etiquette expert, told Smooth Radio. “I know it’s fun to do, but they much would rather see your face.”

The former actress is also no longer able to sign autographs under any circumstances. From here on out her signature is restricted only for royal documents and in some rare cases visitor’s books.

The Duchess used to run her own lifestyle blog and Instagram called, The Tig, where she shared pictures of her travels, her favorite recipes, life in Hollywood and special moments with her friends.

Now, she’s no longer allowed to have any social media presence at all on her own and all her personal platforms were shut down last year after the announcement of her engagement. You can still find random screenshots on Google that show just how much she loved sharing her daily life with her followers. 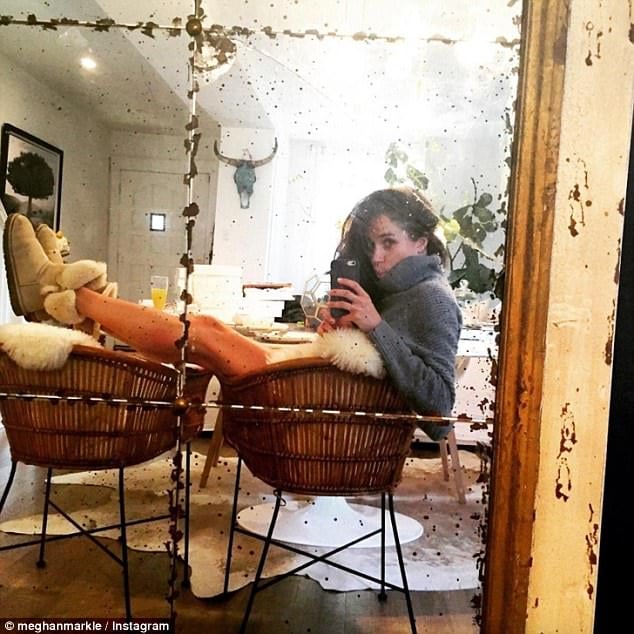 In one of her last Instagram posts, Meghan Markle takes this selfie look cool, comfortable and cozy. (Instagram)

Which begs the question, could you completely give up social media for love?

4. Hair must always be blown out with neutral make-up

If you were hoping to catch a glimpse of Meghan strolling through London with her naturally kinky-curly hair blowing in the wind like something out of a Black haircare ad, you’re out of luck!

As the newest representative of the Royal Family, the Duchess of Sussex is expected to look “presentable” every single day – which means her hair has to be perfect at all times. As a result royal women are expected to have their hair blown out two or three times a week and even ponytails and buns must be sleek and neatly coifed.

Queen Elizabeth has also banned colored polish, which she allegedly thinks is common and cheap. Instead, royal women are expected to have either natural nails or pale colors like pale pink.

As an homage to her new grand-in-laws, Meghan wore the Queen’s favorite nail color, Essie’s Ballet Slippers, to the Royal Wedding.

getting wedding-ready in a perfect #balletslippers mani! ? photo: @essie_envy #royalwedding

From the way Harry and Meghan look at each other, it’s obvious that they have a lot of sexual chemistry, but moving forward they won’t be allowed to show an of it outside of their private quarters.

Even as newlyweds, it would be frowned upon if they were to ever be seen publicly sharing a kiss or walking down the street hold hands, because the Queen has allegedly set out strict guidelines for members of the Royal Family to stay clear of public displays of affection (PDA).

While royal PDA isn’t explicitly banned, it’s an unwritten rule that royal couples keep their hands to themselves whilst at public events; a protocol Meghan was criticized for almost breaking recently.

Luckily, Harry expertly pulled his hands away just in time to avoid a scandal.

At the end of the day, we’re not crying for Meghan because her life is so “whoa-is-me” bad. Nobody is doing that, but there’s a lot more involved in being the Duchess of Sussex than anyone could have imagined.

The good thing is that once she’s at home with her man, all bets are off. In private, she can eat all the garlic, wear all the red nail polish and take all the selfies she wants while cuddled up with her boo. For that, she’s still one incredibly lucky lady.