Are we being punked? 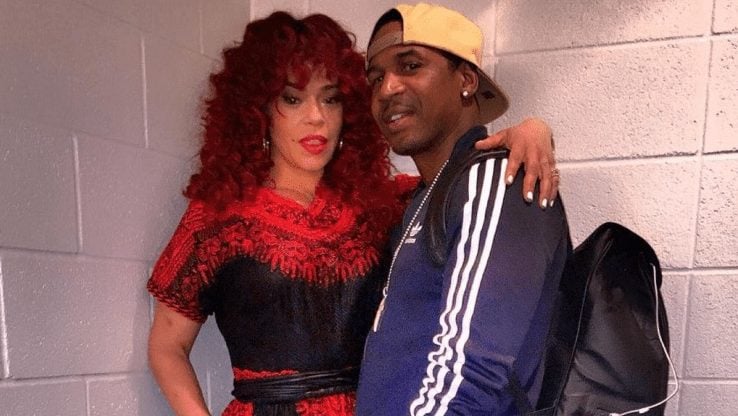 According to reports, the troubled Love & Hip Hop Atlanta star married the R&B singer in a hotel room in Sin City on Tuesday and were surrounded by family and friends. They shared the good news on social media shortly after.

“I love you Faith Renee Jordan,” posted Stevie, prompting a swift reply from Faith. “I love you back Steven Aaron Jordan.”

I love you Faith Renee Jordan

Ummm…what is going on in Faith’s mind? Has she ever seen Love & Hip Hop Atlanta?

Stevie J stays in the headlines for failing to pay child support for some of his six children, but it seems Biggie Smalls’ widow isn’t bothered by all the drama that surrounds this man and his woman-chasing ways. He confirmed his romantic relationship with Faith in 2016 but has since spent several seasons on his hit reality show courting other women.

“I’ve known her for like 25 years,” he said. “We was like family and then as years progressed, we just began to hang out more [and] talk more.”

Even though Stevie J and Joseline Hernandez tried to convince the world they were married for years, this is actually the producer’s first marriage.

Hernandez weighed in on the news of her ex’s nuptials by posting a text message conversation on Wednesday.

Back in 2016,  Hernandez allegedly flew into a jealous rage on Stevie J over the fact that he was working with Faith Evans.

In her anger, Hernandez allegedly bleached his clothes and sneakers and smashed up other items in his home. All told, the damage was reportedly somewhere around $65,000.

Stevie J returned from a studio session with Evans on Monday to find bleach poured over his bed and other items, while other possessions had been smashed or cut up to make the place look “like a war zone,” TMZ reported.