Devastated sister of Nia Wilson speaks out about the attack; murderer arrested 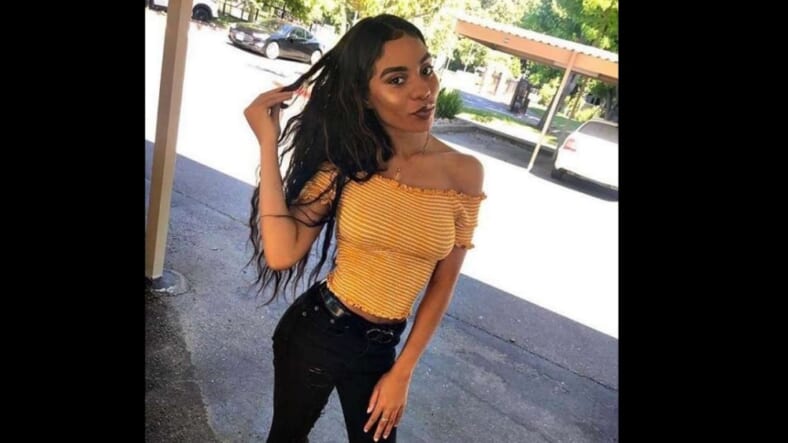 The sister of 18-year-old Nia Wilson who was stabbed and killed allegedly by John Lee Cowell, a white man, in a vicious attack, is speaking out about the horrific last minutes she shared with her sister.

Latifah was stabbed in the neck along with her sister Sunday evening by 27-year-old Cowell who was apprehended by BART police yesterday after a tip and images of him from surveillance footage and police bodycam footage surfaced, according to a second press release from the police department.

After Cowell stabbed the Wilson sisters, he changed his clothing and boarded a train headed toward Antioch at the Pleasant Hill Station, reports PEOPLE..

Lahtifa, still with a bandage on her neck, said she reassured her 18-year-old sister Nia that they would make it through. “We’re gonna get through this, I got you, you’re my baby sister.”

But Nia died on the on the MacArthur platform, according to a press release from the BART Police Department.

Lahtifa recalled Nia as the “sweetest person on the earth.”

Lahtifa said they two were “blindsided” by the attack.

“All of a sudden we transfer just to get blindsided by a maniac, for what I don’t know,” she said.

A cold-hearted and callous Cowell, Lahtifa said, stood on the steps and just looked at them as they bled profusely.

“I looked back and he was wiping off his knife and stood at the stairs and just looked,” she claimed. “From then on I was caring for my sister.”

“That’s my heart, she was my heart, no matter our ups and downs we still come back to each other like it was nothing,” she continued.

BART Police Chief Carlos Rojas told reporters Monday night that Cowell was recently released from prison four months ago and was on parole.