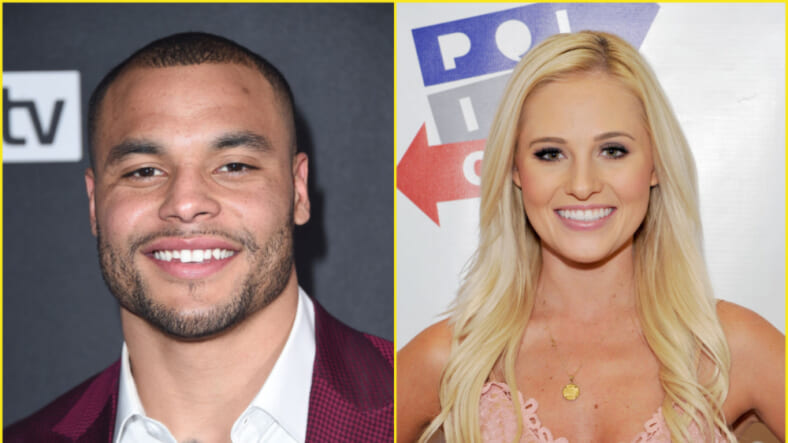 Are Dallas Cowboy players, Ezekiel Elliot and Dak Prescott in “The Sunken Place?”

Friday, Elliot told reporters that he, like his teammate Prescott, is on board with owner Jerry Jones insistence that players stand for the anthem rather than kneel or sit.

Earler that morning Prescott had shared in a press conference that the sacred time when the nation anthem is played prior to NFL games wasn’t an appropriate moment to make political statements against police brutality and social injustice.

“I’d never protest during the anthem,” he announced. “And I don’t think that’s the time or the venue to do so. The game of football has always brought me such peace, and I think it does the same for a lot of people.”

He also added, “When you bring such a controversy to the stadium, to the field, to the game, it takes away … from that. It takes away from the joy and the love that football brings a lot of people.”

READ MORE: Lebron James takes on Trump’s NFL attacks ‘I believe our president is trying to divide us’

Elliot later echoed the same sentiments saying, “Us as a team, we chose to stand together for the anthem. It was our decision. I think it just shows our culture. It shows that we have unity. We’re going to stand as one. But we’re the Dallas Football Cowboys. We stand for the national anthem.”

Having two men of color coming forward to make such a bold statement against the movement that Colin Kaepernick and others have been championing for several seasons immediately got a reaction from both fans and the press.

And while activists may be have in their feelings, Fox News mouthpiece Tomi Lahren was elated.

“Dak Prescott doesn’t believe in disrespecting the flag, the anthem, our veterans, or our United States military and that makes him a traitor to his race? Are people serious? How absolutely disgusting.” She added.

“Patriotic Americans are sick and tired of athletes turning the game of football into a political temper tantrum. The national anthem is less than 2 minutes long, and that means these social justice warriors have approximately 23 hours and 58 minutes left in the day to bring awareness to whatever societal oppression they feel.”